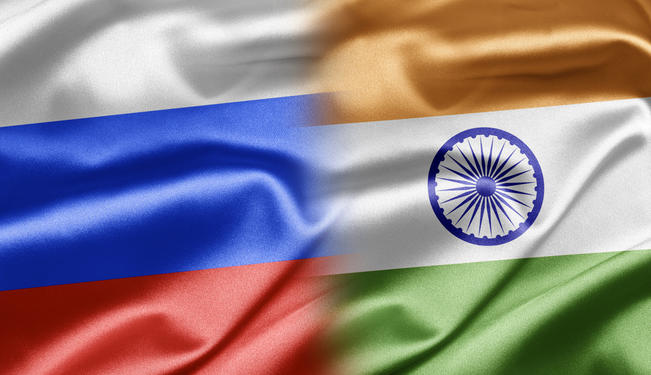 Russia may find it difficult to sell arms to its old ally and buyer India amid tightening defence procurement rules.

India has promulgated a new Defence Procurement Procedure 2013 with effect from June 1, 2013. While the policy is aimed at laying a strong emphasis on promoting indigenisation and creating a level playing field for the Indian industry, it makes things even more difficult for India’s biggest armaments exporter: Russia.

The big picture emerging from a study of the new policy is that the Russians need to explore more and more government-to-government routes for selling arms and weapons to India. While the new policy cannot be termed as harmful to Russian interests (as there are some positive points also for foreign vendors as explained below), overall the Indian defence sector is becoming more and more challenging for foreign vendors. The Russians won’t be any exception in this regard for several reasons.

Russia and the Changing Face of India’s Defence Sector

The new Indian policy has explicitly accorded a higher preference to the Buy (Indian), Buy and Make (Indian) and Make categorisations, besides bringing further clarity in the definition of the "Indigenous Content" and simplifying the Buy and Make (Indian) process. But this is not as simple as it looks. India’s indigenous defence industry has thus far disappointed the nation. The political bosses are increasing pressure on its domestic industry after a series of spectacular achievements by China in the field of indigenisation of their defence industry.

The Indian government has stepped up pressure on the Indian defence industry’s leading body, Defence Research and Development Organisation (DRDO), and Defence Minister A.K. Antony has recently used some very tough words for the DRDO. Antony asked the DRDO to put its act together, take steps to become more competitive, and warned that the only choice before the DRDO was to “perform or perish”.

The Indian government is peeved with the harsh reality that the DRDO has failed to do much in ensuring India’s indigenisation drive despite billions of dollars having already been funneled into the DRDO kitty for decades. What came as a hard reality check for the DRDO bosses was Antony’s tongue lashing at the DRDO annual awards function in New Delhi on May 30, 2013.

Even so, the Indian government has sent a clear signal to major stakeholders in its defence industry to go for defence imports only as the very last route. The new guidelines make it clear that while seeking the approval for Accord of Necessity (AoN) in a particular category, say, Buy (Global), it will now be necessary to give justification for not considering the other higher preference categories. This is expected to give a stronger impetus to indigenisation and inevitably reduced imports from abroad.

However, it is not all murky for foreign vendors, and Russian companies can derive solace from the fact that a major set of changes aimed at making the procurement process speedier includes the stipulation to finalize the Service Qualitative Requirements (SQRs) before seeking the accord for “Acceptance of Necessity” AoN). Under the new policy, the validity period of an AoN has been reduced from two years to one year. This will bring down the processing time of individual cases significantly.

Another point of interest for the Russians would be that the new Indian policy aims at speeding up the procurement cases. Service chiefs, heads of important defence bodies like Indian Coast Guards, and other key functionaries have been given more freedom and their fiscal powers have been raised from the existing Rs 50 crore (USD8.85 million) to Rs 150 crore (USD26 million).

Significantly, the Indian defence ministry has already issued instructions for a speedier conclusion of a limited number of acquisition cases under “Make” and “Buy and Make (Indian)” categories.

This will be a major point of interest for the Russians as acquisition cases under this category are worth about USD22 billion. Many of these projects are currently going on with Russia; though the exact quantum of such cases in dollar terms is not clear. Besides, the Russian vendors would do well in focusing on the following salient features of India’s new Defence Procurement Procedure 2013.

The basic equipment must have a minimum 30 percent indigenous content at all stages, including the one offered at the trial stage. It has further been stipulated that the vendor will provide an indigenisation plan. These stipulations will ensure more meaningful efforts towards indigenisation.

While a penalty has been stipulated for not achieving the required indigenous content at a given stage, a scope to make up the deficiency at later stages has been provided.

Likewise, in the Buy and Make (Indian) cases, there is no stipulation regarding the minimum indigenous content in the Buy component and the Indian vendor is given the elbowroom to achieve the prescribed indigenous content in the overall delivery. This enables the Indian vendor the time to absorb Transfer of Technology (ToT), set up manufacturing facility while concurrently meeting the service requirements.

*[Note: This article was originally published by the Russia and India Report.]