The UK is in urgent need of more foster families, especially when it comes to caring for child refugees.

The Muslim Foster Network (MFN), a UK-based initiative run by the charity Mercy Mission, held a Ramadan iftar event at the House of Lords to campaign for the safety of refugee children that come into the UK. There is currently a real shortage of foster carers in Britain, and the demand to support the number of children that come into care continues to rise.

Many children who do come into care arrive from broken homes, poverty, abusive environments or from being orphaned due to a death of a parent or guardian. For this reason, it is imperative that such initiatives take place to educate, inform and inspire people about the journey of fostering and the impact that this selfless act can do to change a child’s life.

It is estimated that there is a pressing need for around 7,180 new foster families to be recruited within the next 12 months in the UK. In addition to carers from all faiths and backgrounds, there is a pressing need for foster carers from the Islamic faith. MFN, which is also running a number of events under the umbrella of the campaign, aims to raise awareness on the benefits of fostering from an Islamic perspective and create better understanding about the process, experience and support network that is a network that is available to prospective foster carers.

Many foster children who have come into the UK as refugees or asylum seekers are in need of a loving and stable home. There are many children who lack the support of a family environment that caters to their religious and cultural needs and would like to reconnect with their faith and cultural heritage through being placed with compatible foster families.

However, due to the lack of diverse foster carers there are more children being placed with carers who are unable to provide the support these children so desperately need to live a life that fulfils their religious and cultural needs. It is hoped that through the efforts of inspiring initiatives more individuals will come forward to provide a child with a chance to transform his or her life.

The House of Lords event was supported by Labour’s Lord Dubs in line with the organization Safe Passage that works to help unaccompanied child refugees and vulnerable adults find safe, legal routes to sanctuary. The transition for vulnerable children can be difficult, spurring the need for investment to ensure that they have the opportunity to be given a life away from fear.

Lord Dubs expressed his firm support for the initiative, saying that “Child refugees are vulnerable and we have a responsibility for the most vulnerable children in Europe.” Dubs further stated that “The refugee crisis and vulnerable children has been with us for a long time and it is a sad comment on the world but don’t let the local politicians off the hook as they are there to serve you. You all know what the issues are and you can let your voice be heard. I promise Safe Passage and all the NGOs here that we are going to keep raising awareness in helping vulnerable refugee children that come into the UK.”

Lord Dubs had previously sponsored an amendment to the Immigration Act in April 2016 which ensured that the government was responsible in relocating unaccompanied refugee children who had reached Europe to the UK. However, in February 2017, the Home Office announced it will stop following the amendment, after just 350 arrivals. Lord Dubs’ commitment to supporting refugee children along with the collaboration with MFN and Safe Passage is a welcomed gesture. Many children who come into care as refugees bring tragic stories, many having lost their parents or hoping to be reunited with their families. For this reason, it is imperative that such initiatives take place to educate, inform and inspire people about creating a safe environment for unaccompanied children who come to the UK in need of loving carers.

Chief executive of Mercy Mission UK, Azim Kidwai, said: “This is an unprecedented piece of work which will dramatically enhance the Muslim community’s ability to care for the most vulnerable of its children. We will be working with our partners to dramatically improve the Muslim community’s participation in foster care and help mature the cultural competency of services to better reach them.”

All children deserve to have stability, love and a safe environment to live in that can help them grow. Creating initiatives that facilitate a pathway to providing these assets can help children in the UK and around the world progress and reach their full potential. 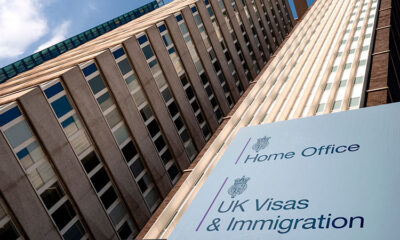 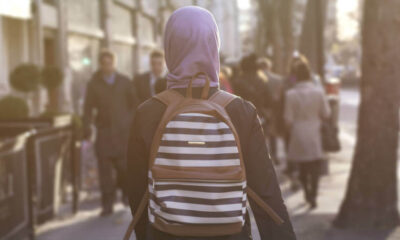 Why We Don’t Understand Radicalization