How can the body stand up for free expression when those freedoms are anathema to a sizeable part of its membership?

In celebration of World Press Freedom Day in May, the United Nations (UN) released a statement extolling the virtues of an unrestricted press. A free media, it said, “can ensure transparency, accountability and the rule of law; promote participation in public and political discourse; and contribute to the fight against poverty.”

Just three weeks later, the UN’s Committee on Non-Governmental Organizations (NGO) denied the Committee to Protect Journalists (CPJ), an independent group advocating for freedom of the press, consultative status that would allow it access to the UN Human Rights Council and other UN processes as an accredited journalistic association.

By shutting the doors of the United Nations to a press freedom advocate like the CPJ, the NGO Committee (part of the larger Economic and Social Council, or ECOSOC) unabashedly blocked the group from carrying out precisely the functions the UN was so busy praising just a few short weeks earlier. For a number of the countries sitting on the NGO Committee, the presence of the CPJ at the Human Rights Council drawing attention to their own human rights failings would have been intolerable.

Russia, for one, disapproved of the CPJ casting a light on the 36 journalists murdered in the country since 1992. Through its reporting, the group has shed light on the impunity with which these murders have been carried out: Nearly 90% of murder cases where the victim is a journalist do not result in a conviction.

Some of the most recent cases of media repression were reported by journalists covering the deaths of Russian soldiers alleged to have been fighting alongside separatists in eastern Ukraine, a particularly touchy subject for the Kremlin (which has always denied any direct involvement). In August 2015, the Moscow-based press freedom group, Glasnost Defense Foundation, reported arbitrary detentions, denial of access to public information and the use of violence and physical assaults against journalists reporting on the soldiers’ deaths. In retaliation, the Russian government officially labeled Glasnost a “foreign agent.”

On June 9, it took the trouble of warning Syrians that tobacco and water pipes posed a great risk to their health and urged Syrian officials to implement “plain packaging” to reduce the appeal of cigarettes. It did not, however, urge those Syrian officials to stop bombing hospitals and civilian neighborhoods in the besieged city of Aleppo.

In one particularly egregious incident involving the funeral of one of the Russian soldiers killed in Ukraine, the cameraman of the BBC crew covering the story was assaulted and his equipment stolen by unknown assailants. When this was reported to the police, rather than being treated as victims of the crime, the journalists were treated more like suspects. After being detained and questioned for hours, their equipment (retrieved from a police vehicle) was returned to them electronically wiped.

Azerbaijan, which also voted against the CPJ’s accreditation, is ranked as the fifth most censor-happy country in the world in terms of media coverage. Azeri broadcast networks, the main source of news in the country, are all owned by the government or its proxies. International satellite signals are jammed to prevent foreign-based news from entering the country, and the few local journalists who dare criticize the government are subjected to harassment, protracted lawsuits and evictions.

Azeri journalist Khadija Ismayilova, a contributor to Radio Free Europe/Radio Liberty (RFE/RL), was only recently released from prison after her case became a source of embarrassment for the government internationally. Aside from Russia and Azerbaijan, the other committee members who voted to deny the CPJ consultative status included China, South Africa, Sudan, Venezuela and Cuba—a veritable roll call of serial press freedom violators.

Living Up to Promises

This is far from the first time that the UN has faced criticism for failing to live up to its own values on press freedom. In December 2015, the World Health Organization (WHO)—a UN body—held a workshop for reporters on tobacco-related issues in Turkmenistan, a country in which reporters who criticize the government are subject to intimidation, surveillance and travel bans. That, though, has not stopped the WHO from repeatedly praising the Central Asian state for its anti-tobacco measures, a campaign that has more to do with the idiosyncrasies and arbitrary law-making of autocratic ruler Gurbanguly Berdimuhamedow than it does with the values of good governance the UN purports to espouse.

When it comes to Turkmenistan, rather than focusing on the success of its anti-smoking drive, the WHO would perhaps be better advised to draw the world’s attention to the dilapidated hospitals and rampant corruption that characterize Turkmenistan’s health system as a whole.

Of course, the organization’s focus on smoking is relentless. On June 9, it took the trouble of warning Syrians that tobacco and water pipes posed a great risk to their health and urged Syrian officials to implement “plain packaging” to reduce the appeal of cigarettes. It did not, however, urge those Syrian officials to stop bombing hospitals and civilian neighborhoods in the besieged city of Aleppo.

What both this episode and the rejection of the CPJ highlight are the obstacles the UN faces in trying to live up to its own democratic values. After all, only 46% of its member countries are fully-fledged democracies themselves. How can the body stand up for free expression—and other basic human rights—when those freedoms are anathema to a sizeable part of its membership? 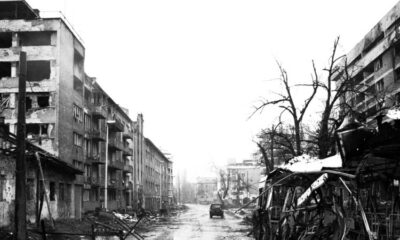 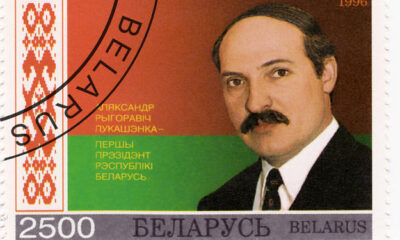