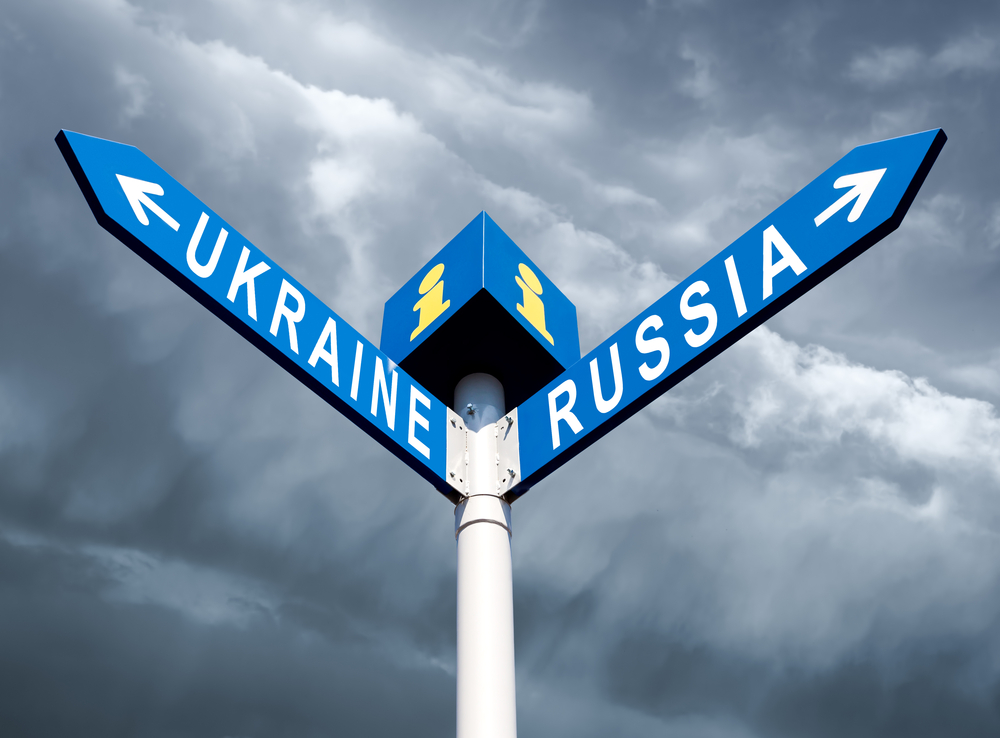 The new, embattled Maidan government in Ukraine is beginning to look at options for the country’s international future and institutional design under a new constitution. Any clear way out of the Ukrainian crisis requires that the post-Maidan constitution provides solutions to two main problems threatening the country’s future.

The first is external to Ukraine and the main driver of the geopolitical conflict between Russia and the West: NATO expansion. The second is the relationship between the Russians in the southern and especially the eastern regions of Ukraine, on the one hand, and the Maidan regime in Kiev as well as western Ukraine, on the other. Solutions to both these problems should reside in a new Ukrainian constitution.

The Russian-Western struggle for Kiev’s allegiance is the main driver of the crisis in Ukraine. Moscow would accept a fully democratic Ukraine integrated into Western economic and political institutions, including a European Union (EU) member Ukraine. What Moscow will not tolerate is Ukraine’s membership in NATO. Unfortunately, the resolution to this problem lies entirely with embattled Kiev. The West’s ambitions overwhelm its wisdom, and neither Washington nor Brussels has enough of the latter to put an end to NATO expansion in its present form. The mantra from both is: Ukraine and all other countries are sovereign and have the freedom to choose NATO membership. This is said as if NATO lacks the freedom to choose not to expand NATO farther east.

This means that Kiev will have to adopt a new constitution that includes an article on military neutrality, forbidding the country to enter any military alliance. Had this clause become part of Ukraine’s constitution just a few short years ago, the present crisis would not be. Nothing in a neutrality clause should be construed as forbidding the conclusion of international, even mutual defense treaties that would protect Ukraine’s sovereignty and national security.

Unfortunately, many within the Maidan revolution and government, especially its militant wing, are unlikely to accept such a provision, and it remains unclear whether Ukraine’s stability and statehood can survive a split of the Maidan coalition. So this is one serious roadblock on the way out of the crisis.

Toward a Federative Ukraine

The solution to Ukraine’s domestic crisis that resulted from Western and Russian interference in its internal politics lies in the adoption of one or more federative mechanisms. There is a fairly large menu of these available. Ultimately, several will now be needed in order to satisfy the country’s Russian-dominated eastern regions, especially Donetsk and Lugansk.

Each oblast should have control over the majority of tax revenues, perhaps especially those collected from the profits generated by natural resource exploitation. In this way, eastern regions with majority or larger ethnic Russian populations and Ukraine’s key coal industry will benefit more from local industry and no longer be forced to “feed Kiev.”

A minority portion of the same would go to federal coffers. At least part of the federal share from coal profits could go into a special fund, such as that which exists in Alaska, to deliver annual checks to each family based on a portion of the profits made from deposits discovered in western Ukraine.

Not only should the federal government have a limited role in provincial governance, but the provinces should have an important role in federal lawmaking. The typical mechanism for consensual decision-making in the central governments under federative systems is an upper house of the federal parliament that gives equal representation to each region.

Alternatively, the upper house could be composed of an equal number of senators from each province, plus proportional representation for each of Ukraine’s ethnic, linguistic and even religious groups. Another alternative would give the autonomous provinces’ legislatures a limited veto mechanism over federal legislative bills.

Aspects of territorial and/or communal autonomy could be encompassed under a scheme similar to that under the Community of Serbian Municipalities being negotiated between Serbia and Kosovo for the Serbian-majority districts in northern Kosovo. However, in the case of Ukraine, it would be best if Moscow had no official role in negotiations, which should take place between representatives of the federal government in Kiev and local leaders in eastern and, perhaps, southern Ukraine.

Given the minority status of large ethnic Russian communities in Kharkiv and southern provinces like Zaporozhe, Kherson and Odessa, it might be best to confine communal federalism to those regions. The implementation of some federative mechanisms might be delayed for a special one-time process of constitutional amendments to be implemented in a year’s time, given the complexity of such issues and the urgency of stabilizing the country politically and economically.

Moscow would accept a fully democratic Ukraine integrated into Western economic and political institutions, including a European Union (EU) member Ukraine. What Moscow will not tolerate is Ukraine’s membership in NATO.

In addition to these internally oriented institutions, which address communal aspirations for self-determination and should obviate the Russian community’s impulse toward secession, externally oriented measures can assuage these communities’ desires for an independent role on the international stage. This is especially important in our globalizing age, when state sovereignty is already compromised and sub-state actors are increasingly integrated into regional and international cultural, economic and even political organizations.

Some or all of the above arrangements should be firmly institutionalized in federal-provincial power-sharing agreements democratically endorsed in popular referendums.

With some or all of these federative mechanisms in place, others should be implemented to counterbalance their tendency to reinforce communal divisions and, perhaps, centrifugal separatist tendencies. In order to establish and strengthen a new democratic Ukrainian supranational identity, electoral practices that encourage cross-communal electoral coalitions and some cultural-homogenization policies are in order.

Political parties could be required to seek a certain minimum number of members in each province, in order to qualify to run candidates in federal elections or be required to garner a certain minimum number of votes in each province to take seats in the federal parliament’s lower house. The federal government must be given some competences in fiscal, economic and education policies and have broad powers to enforce political and civil rights.

Ultimately, a democratic civic identity rather than an ethnic Ukrainian one must evolve, and individual aspirations must become part of Ukrainians’ sense of dignity, if more narrow communal identities are not to consume post-Maidan Ukraine in internecine strife. At the same time, multi-communal Ukraine must become a “pluri-communal.”

Institutional design will play a major role in the outcome. To be successful, Ukraine and the international community must evenhandedly juggle supranational pan-Ukrainian interests and sub-federal regional and communal interests, as well as individual rights and freedoms.

At the same time, the negotiating process and compromises that will have to be made in order to enshrine Ukraine’s neutrality and federative system in a new constitution will serve the key political function of forcing radicals in both the east and the west of the country (and outside) to moderate their positions or be excluded from the mainstream in a new, more sovereign, inclusive and stable Ukrainian state.