“Adam und Evelyn,” a bittersweet German love story in the summer of 1989, captures both the promise and the peril of the fall of the Berlin Wall. Adam and Evelyn are an East German couple. Evelyn yearns to flee to the West. Adam is happy behind the Iron Curtain as a dressmaker. She leaves and he follows.

When Adam and Evelyn reach the fabled West, they find full shelves and a bewildering variety of consumer choices, but Adam’s skills as a dressmaker are now redundant. Women in West Germany buy clothes off the rack. Dressmakers have little to do. As Sophocles once observed, “Nothing vast enters the life of mortals without a curse.” The same could be said about the brave new post-1991 world.

Barely two years after the fall of the Berlin Wall, the “evil empire” collapsed. In 1992, a year after the Soviet Union crumbled, Francis Fukuyama celebrated the “end of history.” This era was meant to be a triumphal march to liberty, democracy and free markets. Instead, populism and protectionism have risen like Draculas from their graves. What is going on?

After World War II, the West and even other former colonies experienced a decline in inequality. Many of the British upper classes had died in airborne dogfights or on the beaches of Normandy. The terrorized huddling of both the rich and poor together when Luftwaffe bombers pounded London created a new kind of social solidarity. As a result, the National Health Service (NHS) emerged. It has survived Margaret Thatcher and her big bang reforms.

In the rest of Europe, the cradle-to-grave welfare state might stand weakened but persists. Even in the US, employers provide health insurance to employees because of World War II. In the postwar era, high taxes paid for the interstate highways, the gleaming airports and the famous American infrastructure that became the envy of the world. That era has ended. Today, the US is a deeply divided society where private splendor and public squalor is on the rise.

In fact, the postwar order is under grave threat. Ironically, the collapse of the Soviet Union sowed the seeds of its decline. The successors of the former Soviet Union, its satellite states and India entered the global economy in 1991. China had already started market reforms in 1978 and deepened them in 1992. Even as cheap labor entered the global stage, capital mobility increased by the day, putting ever-increasing downward pressure on wages in the developed world. Today, automation and artificial intelligence are increasing this downward pressure exponentially.

None other than Michael Spence, a Nobel laureate in economics, is arguing that inequality might imperil growth itself. Economic insecurity is undermining trust in leaders, laws, customs and institutions. This popular discontent is leading to political instability. It provides fertile soil for populists to plow. Populism leads to polarization at home and confrontation abroad.

The Need for a New Solution

Income and wealth inequality is now alarming many people. In San Francisco, homelessness is a way of life. Silicon Valley millionaires, if not billionaires, live cheek by jowl with heroin addicts in tents. A report that came out in May reveals that the area’s homelessness problem has exploded. In London, inequality has increased greatly. So has crime.

It is clear that we need new solutions. Some hark back to higher taxes. Even as 1,500 jets flew into Davos to hear Sir David Attenborough speak about saving the planet, Dutch historian Rutger Bregman became a global superstar for talking about higher taxes. That might be part of the solution but, at the moment, democracies are too deeply divided to pass any legislation to increase taxes. In fact, the US government has just done the reverse for those with wealth.

In April, the Center for Public Integrity published a story on “flip-flops, falsehoods, fantasies” and shady deals that have locked in trillions of dollars of public debt for future generations. As is to be expected, dark pools of big money played a key role in the making of this legal sausage. In the current political milieu, Brexit has paralyzed the UK, the yellow shirts have brought France to a standstill and most other countries are no better.

Besides, Bregman might remember that Thatcher came to power because of the winter of discontent of 1979 when even the gravediggers went on strike. Just like markets, governments can go haywire too. Public benefit for all often gives way to special interests of bureaucrats or business leaders or sometimes both. After the Great Recession of 2007-08, there is little faith in either markets or governments left. So, harking back to postwar tax rates or the policies of the 1970s is unlikely to work.

Meanwhile, many thoughtful people around the world are coming to the conclusion that the current inequality and polarization is dangerous for the long-term health of any society. The moral and practical imperative of the hour is that we act. Therefore, we have to marry equity and efficiency in new, creative ways.

What About Giving Equity in Companies?

In July 2018, one of the authors proposed the “Equity Heroes Campaign” to make companies national champions. Unsurprisingly, the other author liked the idea. So, the two authors propose something simple: To increase equity in society, founders, boards and chief executive officers must give away equity in their companies.

This might seem a utopian idea and indeed it might turn out to be. But innovators and entrepreneurs must remember that they belong to self-selecting circles. They can and do create wealth but many are left out from this process of wealth creation. When inequality rises beyond a certain degree, the have-nots start resenting the haves. In democracies, politicians emerge to channel this resentment against the haves. Polarization rises, tearing the social, political and economic fabric that any civilization rests on.

To be successful, companies need to build a broad base of support from customers and investors to policymakers and community leaders. With the current political polarization, it is time to emulate John Cadbury, the 19th-century entrepreneur, who boldly opposed slavery, child labor and animal cruelty. Yet this did not stop Cadbury from challenging the French domination of the chocolate market. Indeed, Cadbury’s civic and social work might have added a distinct halo to the Cadbury brand.

Today, a new generation of British business leaders are emulating Cadbury and have launched a powerful campaign. This involves distributing small quantities of equity or, simply put, ownership shares in a company to members of the public. Equity distribution is through a free-to-enter, open-to-all public lottery. This enables even early-stage companies to become high-profile “national champions” with a wider shareholder and stakeholder base than traditional businesses.

In contemporary capitalism, equity ownership is shrinking to a chosen few. Economic concentration of power is a fait accompli. The Equity Heroes Campaign is an effort to swim against the tide. It aims to increase the number of companies who distribute equity and give underserved members of society a stake in the process of wealth creation. Surprisingly, many business leaders are expressing an interest in this idea. So are politicians across party lines. They seem to be hungry for practical policy ideas that they can implement during the dangerously polarized times we find ourselves in.

It is important to note that the United Kingdom has not always been such a divided society. Back during the Blitz, British society had social solidarity. Today, social chasms have become deeper and wider. The rich worry about safeguarding their wealth and the pitchforks at their gates. The poor worry about not having food in their stomachs and roofs over their heads. A mechanism that brings the more and less fortunate together on a frequent basis might be quite useful. Giving away equity avoids judgment and the burden of long-term obligation. It brings together people from two distinct classes to share hope and create value.

The authors are well aware that this campaign is no panacea that will lower inequality, increase wages, decrease polarization, curb populism and fight protectionism in one stroke. But it is an overdue, much-needed step that business leaders must take to preserve our social, political and economic fabric. 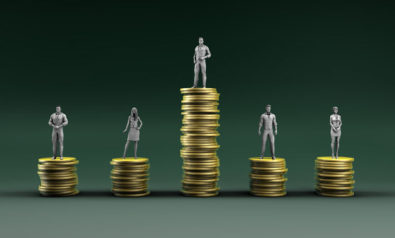 Branko Milanovic: An Ideologist of Inequality 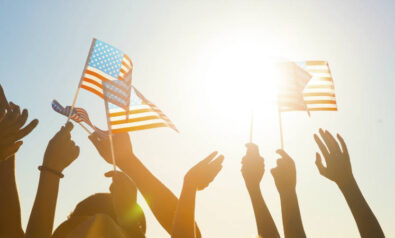 The Fairytale of America and its Lost Civic Ideals 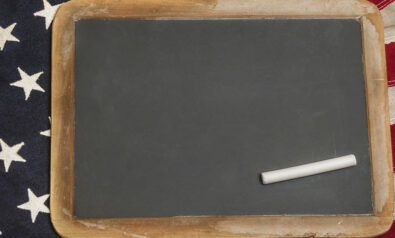