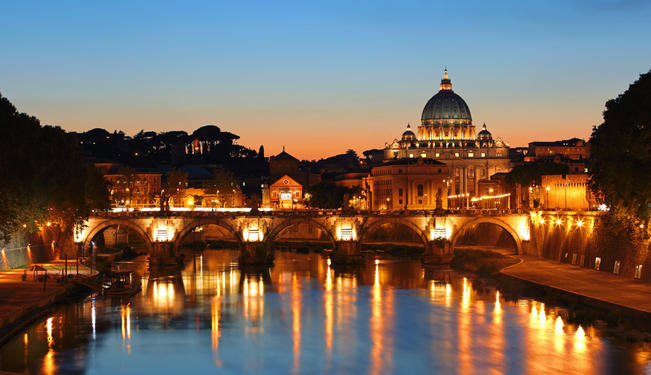 Fact Blink present an infographic exploring the years of sexually-related Papal scandals and the percentage of sexually scandalous popes.

On February 11, Pope Benedict XVI surprised the world by announcing his intention to abdicate – the first Papal resignation since 1415. Since then, rumours have swirled about what may have prompted the decision. Recently, La Repubblica stirred the pot by reporting salacious stories of a papal faction ‘united by sexual orientation’ who maintain a ‘series of meeting places in and around Rome’, including ‘a villa outside the Italian capital, a sauna in a Rome suburb, a beauty parlour in the centre, and a former university residence that was in use by a provincial Italian archbishop’.

While some talk of a Papacy adrift amidst the realities of twenty-first century life, sexual scandals, in fact, are nothing new at the Vatican. Of the 265 men who have held the papacy thus far, fully 1 in every 12 has been personally implicated in some form of sexual misdemeanor. Several Popes are reported to have kept homosexual lovers, and many conceived children at some point in their lives – one of whom (St Silverius) went on to assume the Papacy himself (though Silverius was born legitimately, during his father’s brief and youthful marriage). More gravely, Pope Benedict’s earlier namesake (the ninth), was accused of rape, orgies, and ‘routine sodomy and bestiality’, and according to some sources, resigned in order to pursue wedlock.

*[This infographic was originally featured by Fact Blink.]