The Ukrainian-Russian border in the Kharkiv region, Ukraine on 6/1/2015. © E.Kryzhanivskyi / Shutterstock

Hostilities between Ukraine and Russia reached an alarming level last week when further Russian troops were deployed on the Ukrainian border. Despite a statement from the Kremlin describing the act as “not threatening,” Kyiv accused Moscow of moving thousands of soldiers to its northern and eastern borders and on the Russian-annexed Crimean Peninsula to create an intimidating atmosphere in violation of the Minsk agreements and the ceasefire in the Donbass region of eastern Ukraine. The Russian Foreign Ministry claimed it is Kyiv and NATO countries that are increasing their armed forces in Ukraine and the Black Sea close to Russia’s borders.

Nevertheless, the Russian Federation is following its usual scheme and is ready to seize any opportunity that arises. There may be three possible reasons behind these new developments: 1) Moscow wants to send a message to the US administration after recent statements regarding President Vladimir Putin; 2) the Russians are seeking a pretext to install their “peacekeepers” in Donetsk and Luhansk in eastern Ukraine; or 3) the Kremlin wants to use the water crisis in Crimea to intervene and build a corridor through the Donbass region.

Assessing the Tensions Between Ukraine and Russia

There might be other drivers, such as the ongoing power struggle inside the Russian administration, despite the fact that Putin signed a law that would allow him to stay in office until 2036. A manufactured external threat to Russian citizens — Russian passports have been issued to many Ukrainians living in the two self-declared people’s republics of Donetsk and Luhansk — would help deflect attention from internal economic problems, which have only worsened during the COVID-19 pandemic.

In February, Ukrainian President Volodymyr Zelensky shut down three television channels linked to Ukrainian oligarch Viktor Medvedchuk, which may have contributed to the latest tension. Not only does Medvedchuk have personal ties to Putin, but the stations have also broadcast pro-Russian propaganda to the Ukrainian people.

In the end, the cause can be left to Kremlinologists to decipher. Yet what is clear is that Putin has proved to be ready to act whenever there is a chance, and he has plenty of opportunities to create an event to trigger action. Ultimately, it does not matter why. What matters is that other regional actors are now using peaceful means to prevent a further escalation between Russia and Ukraine.

The US and the European Union have declared their support for Kyiv. Josep Borrell, the EU foreign policy chief and vice-president of the European Commission, expressed concern over the latest developments. The European Parliament also released a statement in which it reiterates that Moscow must reduce tensions by ending its military buildup in and close to Ukrainian territory. This is certainly not enough, but what are the options?

Engaging in dialogue is fine, but it seems the meaning of it has been forgotten — that is, to listen to each other and try to understand. When there is an argument between parties, there should be a general assumption that the other person could be right. It is not sufficient to only listen in order to respond and get one’s own points across. It should also not be disregarded that there is a civil society in Russia. When there is a dispute with the Kremlin, it does not entail the whole population.

What is important is that language matters, words become actions, and actions have consequences — and this could lead to a dangerous downward spiral. Nevertheless, there must also be some clear lines established. This tit-for-tat blame game that has dominated the discourse for decades has to stop. This is not a reasonable discussion. The demands by Zelensky to accelerate Ukraine’s membership in NATO are not helpful, but nor is a meeting between Russia, Germany and France on the situation in Ukraine without including representatives from Kyiv.

Diplomatic relations among regional actors have been strained for years but deteriorated further over recent months. In February, Russian Foreign Minister Sergey Lavrov stated in an interview about relations between Russia and the European Union that “if you want peace, be prepared for war.” In the current political climate, this sounds far more threatening than it might have a few months ago. At that time, the German Foreign Ministry rightly called the comments “disconcerting and incomprehensible,” though Lavrov is known for his controversial statements.

Nevertheless, this has marked a new low in the EU–Russia relations, and it seems that things could get worse. Expelling diplomats of EU member states while Borrell, the top European diplomat, was in Moscow is just power play. Despite Lavrov being in office for 17 years, the European Union has never found a way to reach a consensus on how to respond to his actions. In 2004, Central and Eastern European countries had just joined the EU, which was and still is a big success, but the necessary reforms in the institutional setup to be able to handle Lavrov have still not been implemented.

What is even worse, the lack of capabilities to anticipate consequences has forever been a weak point in Brussels. Negotiations for an association agreement between the EU and Ukraine effectively led to the Russian annexation of Crimea in 2014. Politics is much more complicated and one action does not necessarily lead to a specific outcome, but there is certainly a possibility of a butterfly effect.

In order to be better prepared, member states need to pool resources together and ultimately transfer sovereignty to the EU when it comes to foreign policy. Otherwise, the divide-and-conquer approach by Russia will continue. After a rather humiliating meeting with Lavrov in February, Borrell said, “As ever, it will be for member states to decide the next steps, and yes, these could include sanctions.” This is not a language that the Kremlin understands.

The German government, for instance, has been reluctant when it comes to imposing sanctions. On the one hand, this is due to Berlin’s history with the Russian Federation, but to a lesser extent, it is because of the Nord Stream 2, a gas pipeline linking Russia and Germany via the Baltic Sea. Nevertheless, this would be an opportunity to act as the pipeline also threatens Ukraine’s energy supply and might open another opportunity to act for the Kremlin. Yet there is a very good argument against sanctions: They would hurt the general population in Russia, which would further alienate the people who, in turn, would rally around the flag.

Nevertheless, there are other ways to respond, ideally targeting the circles close to the Kremlin. Suspending Russia from the SWIFT global financial network could also be an option; calls to do so first emerged in 2014 after Russia’s actions in Ukraine. Yet this might lead to a fragmentation of the international financial system; Russian authorities have already backed international use of its alternative payment network.

The biggest danger for the Putin regime would be if the majority of Russians understood that it is possible to live in a liberal democracy. This is why a closer relationship between Ukraine and the EU is so dangerous for the Kremlin. The current escalation is not about the expansion of Russia’s borders or preserving traditional values, as often spun by Russian media and Moscow. This is a facade that masks the fact that if people were given the possibility of improving their lives without the strongman in the Kremlin, the Putin system would become irrelevant.

Sanctions on Russia will most likely not lead to this outcome. There will not be a democratic revolution on the streets — this can only be through a gradual process. The question is: Will Western democracy survive long enough to see that change coming in order to still be a model?

Therefore, the EU has to send a clear and unified message to prevent further escalation and not only react or be taken by surprise, as was the case in 2014. Ideally, this would also strengthen transatlantic relations by finding a common approach to the evolving situation. After the EU’s top representatives suffered political embarrassment in Moscow and Ankara, it would be even more necessary to send a strong signal to Russia.

Being concerned is not enough — neither by institutions in Brussels, nor by EU member states. There is a need to be better prepared for certain scenarios. Repeating the same mistakes will be unforgivable for the region and the future of the European Union itself. 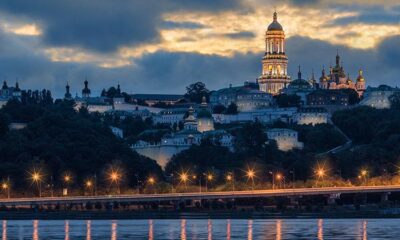 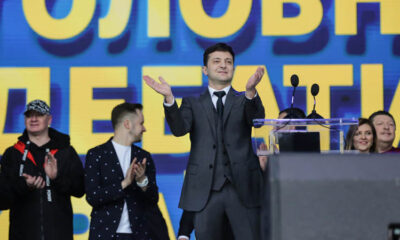