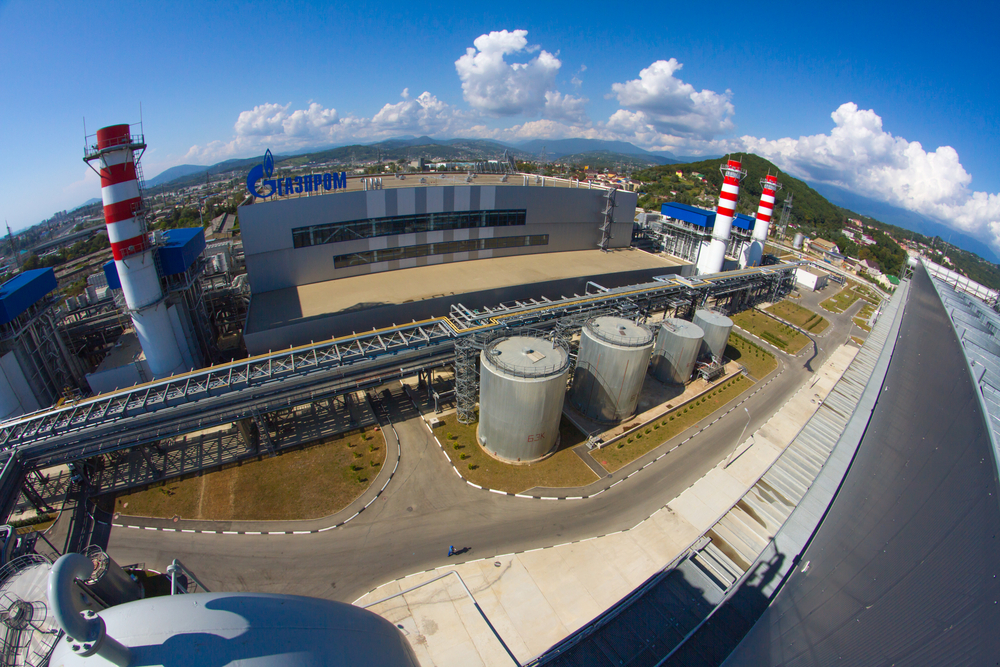 In May, Russian President Vladimir Putin triumphantly returned home from a two-day state visit to China. Ostensibly, he was there to participate in a regional security conference. More importantly, he was also there to help push through a vital natural gas deal, worth around $400 billion, that would secure Russian gas for the Chinese market for the next 30 years.

The contract, between Russia’s Gazprom and the Chinese National Petroleum Corporation, has been under discussion for the better part of a decade. The deal represents a broader Russian shift away from dependence on European energy markets, and instead a growing economic and political partnership with China. In 2012, 76% of Russian gas traveled to Europe, but Eurocrats in Brussels and statesmen across the continent are becoming more and more reluctant to rely on Russia as a long-term energy supplier due to recent events in Ukraine.

Ironically, as Moscow tries to pivot eastward, one of the key stumbling blocks to the gas deal was price negotiation. Gazprom wanted to use high European prices as a benchmark for its Chinese trade, while Beijing wanted a lower price to match what it pays for gas from Central Asia.

The company currently receives $350 per thousand cubic meters from Turkmenistan, its largest supplier of natural gas, accounting for 51.4% of its total supply. The price remains a commercial secret, but Putin said in a statement to the Russian news channel Rossiya: “The price is satisfactory for both sides. It is tied, like it is envisaged in all our international contracts with Western partners, specifically our partners in Western Europe, to the market price on oil and oil products.”

In 2013, the average price of Russian natural gas in Europe was $380.50 per thousand cubic meters, while the Chinese expected to pay 8-12% less. Feeling the pinch of Western sanctions, and keen to diversify its own reliance on European consumption, most industry analysts believe Russia agreed to the reduced price Beijing sought.

This makes Russia seem like an obvious trade partner for China in the energy sector. The two nations completed $94.5 billion-worth in trade in 2013, making China the largest individual trade partner of Russia (excluding the collective EU-28), with two-thirds of that amount coming from hydrocarbons.

Currently, Europe receives 30% of its gas from Russia, its single largest supplier. However, almost half of the pipelines carrying Russian natural gas to Europe transits through Ukraine, creating the acute potential for supply disruptions due to the ongoing dispute between Kiev and Moscow. Revenues from the energy industry account for over half of Russia’s government income, and hydrocarbons make up around 70% of the country’s total exports. The Kremlin, in turn, uses high prices sold in Europe to subsidize local energy costs and pay for vital state services, which is one of the reasons it was so reluctant to agree a lower price with the Chinese.

Another stumbling block is the lack of infrastructure. The existing Eastern Siberia Pacific Ocean (ESPO) pipeline that runs from Taishet to China carries oil, but there is currently no similar infrastructure for natural gas. To remedy this, Gazprom intends to meet Chinese demand by building a pipeline network, the 4,000 kilometer Power of Siberia gas transmission system, to China that is expected to supply up to 38 billion cubic meters per year. However, any such project would not have any effect until 2018, according to Russia’s energy minister, Alexander Novak, thus leaving Europe and Russia in an unsteady symbiotic relationship.

Even when the deal comes to fruition, it would supply China with less than a quarter of what Russia sends to Europe. Gazprom’s deputy chief executive, Alexander Medvedev, put it bluntly when he said: “We’re providing around one-third of European gas consumption, but we are heavily dependent on the cash revenues from Europe. It is a mutual dependence.”

China, for its part, is attempting to wean itself from coal and increase its consumption of natural gas, which is the cleanest fossil fuel. In China, coal is the fuel of choice, accounting for 69% of its total energy consumption, but it has also made the country the largest carbon emitter in the world. In fact, China consumes more coal than the rest of the world combined.

Natural gas has become a popular alternative to cheap coal. However, at the moment, natural gas only makes up 5.2% of its total energy consumption. A CNPC Economics and Technology Research Institute report expects natural gas demand to increase by 18.9% this year, following a 25% rise in imports in 2013. This would be a welcome development in China as Beijing attempts to reduce unhealthy pollution levels that blanket its major urban centers.

Coal remains the cheapest energy source and, as the largest energy consumer in the world, China needs to continue powering its growing economy. However, its neighbor, Russia, has the world’s largest natural gas reserves. Piped gas, which accounts for 52.8% of China’s total, is also much cheaper than liquefied natural gas (LNG) imported by tanker. LNG was roughly $525 per thousand cubic meters in 2013 versus the $350 per thousand cubic meters China received from piped Turkmen gas. LNG also requires expensive regasification terminals — China currently has nine with five more under construction — and its capacity is limited by the number of LNG-capable vessels that are operational. China also wants to diversify away from its reliance on Southeast Asian sea-lanes, a conduit for much of its LNG imports, due to strategic fears it could be cut off from vital energy supplies in times of conflict.

This makes Russia seem like an obvious trade partner for China in the energy sector. The two nations completed $94.5 billion-worth in trade in 2013, making China the largest individual trade partner of Russia (excluding the collective EU-28), with two-thirds of that amount coming from hydrocarbons.

At the moment, however, Russia only supplies just over 1% of China’s gas needs and 9% of its petroleum. It actually exports a greater proportion of coal to China than either crude oil or natural gas. This is a result of previous icy Sino-Russo relations and the fact that their shared border was once one of the most militarized in the world. But the new deal will bring around a fifth of China’s natural gas if current levels hold steady.

However, the Kremlin needs China much more than Beijing needs Russia. China has invested heavily in infrastructure to bring hydrocarbons from Central Asia, while the growing abundance of LNG supplies should stabilize its price. China has also begun receiving larger volumes of natural gas from Myanmar after the Shwe project in the Bay of Bengal went online in 2013.

The US Energy Information Agency believes China has some of the largest shale gas reserves in the world. If China could duplicate some of the success the US has had, the country could have a ready source of natural gas to feed its thirsty industrial sector. China currently produces very small amounts, however, by 2020, it could see 60-100 billion cubic meters, according to the Overseas Development Institute. In practice, this means China will be importing 30-40% less natural gas due to increases in local production.

Russia’s economy is highly reliant on fossil fuels and capital flight over the Ukrainian crisis has left its economy in a poor state. The Kremlin sees the gas deal as part of a broader set of trade agreements. Russia hopes to see additional Chinese capital investment in the future beyond energy-related infrastructure.

In the end, it is China who holds the strings in the relationship. Given its already disperse supply chain, China can easily make up the difference if it chooses not to pursue deeper energy relations with Moscow. However, the same cannot be said of Russia, if it truly wishes to lessen its dependence on the European market.