What does the French burkini ban mean for women?

Europe on a warm summer’s day. The French seaside. Armed police officers are ordering a woman to take her clothes off. And people are watching and cheering on. And the law is on their side.

Or rather, the law is on their side again. It is now a century ago that beach censors patrolled the American seaside, carefully measuring the amount of skin exposed to the general public. What began as a sexually segregated activity at the end of the 19th century, swimming came to represent one of the many frontiers of women’s emancipation. Having left behind bathing machines that women were forced to use to wheel themselves into the sea, under the careful protection of a modesty hood and clothed in full-length dresses, they were being arrested on beaches for baring their knees.

When Louis Reard invented the bikini in 1946, he had to hire a nude dancer to model it as no one else dared.

We seem to have come a long way since then. And yet, women the world over are constantly being told what we should wear to be taken seriously, to be more attractive, to be noticed, or what not to wear if we don’t want to get raped.

Women are being chastised for breastfeeding in public, banished from their homes during their periods, prevented from access to safe abortions. We are told to cover our head in church, de-robe on the beach, wear high heels at the office, and whatever we choose to do or not do will be examined, discussed and gossiped over until we finally colonize Mars. Whatever the progress, this is still very much a man’s world.

Which is one of the arguments being put forward against the burqa and the burkini—that it is a form of patriarchal oppression bestowed upon women who are not allowed to live full public lives. We have heard it from politicians, from journalists and activists, but you very rarely hear what the women who choose to wear the burqa—or, more often, the less-restrictive niqab—think about it all. When Britain opened a debate on banning face covering in public places a few years ago, it gave a rare voice to the women behind the veil.

And what you heard was a commitment to a faith, a commitment to the choice these women made for a wide variety of reasons. Each one of these journeys is unique, and yet we do not ask about it—we presume. From the high horse of liberal secularism, we inevitably view religious devotion as basic and anachronistic, no matter how educated we are. This is the blindside of what some call extreme liberalism, and it has met its match.

When Albert Camus wrote about the Algerian War of Independence, he found himself between a rock and a hard place. Heavily criticized on both sides for being against independence and against gross colonial misgovernment, he believed that the future of France and Algeria were inseparable. He advocated for justice and equality, for unity and a common cause, and had put himself in the firing line for the sake of a middle way.

This question of what it means to be French seems to be ripped wide open yet again. Is the veil a symbol of something opposite to the Marseillaise? Can you be a good citizen even if your values go against the church of the laïcité? What is independence? What is freedom?

On that last question of freedom, the debate over the face veil across Europe is not unlike the global debate on legalizing prostitution. Bear with me.

There is a very good argument that goes like this: No one really chooses prostitution freely. From child abuse, to drug dependency, to extreme poverty, it is impossible to see sex work as a real choice. And yet women make it for all the right or wrong reasons, and will continue to make it and live with this choice. And to say that all sex work should be criminalized puts these very women, many of whom are extremely vulnerable, in an even more precarious position.

So too with the veil. Is it fair to say that a woman only chooses to wear it because she knows she will be ostracized from her community if she refuses? Of the 2,000 women who wore the niqab before the ban in France, how many felt forced to submit to tradition? Maybe all. Maybe none. That is not the point.

What is important here is that, once again, in the crosshairs are women trying to live their lives at these social extremes of religious piety and sexual freedom. No one cancelled propensity for sexual violence, xenophobia and racism. Banning the burqa or criminalizing sex workers only puts women under more pressure, and very often in danger, by not only openly stigmatizing them, but by cutting recourse to justice and social services.

The right thing to do, as a society, is to accept that these different dimensions are a persistent reality and try to make the women who exist in them safer and more included—legally and personally—so they can feel at ease to educate us about what we may not know or understand.

And this was the point behind the burkini. Designer Aheda Zanetti created it “to give women freedom, not take it away.” This New York Times article hit the nail on the head: “The obviousness of the contradiction—imposing rules on what women can wear on the grounds that it’s wrong for women to have to obey rules about what women can wear—makes it clear that there must be something deeper going on.” This something deeper is a knee-jerk reaction to fear and a lack of understanding that the connection between the woman in a burkini on a French beach and the man behind the wheel of a truck on Nice’s Promenade des Anglais is as remote as between your author and Donald Trump.

As filmmaker Ages De Feo told The Washington Post: “Almost all the people wearing the niqab in France today started after the law [was implemented] … The women wearing the niqab before the law now stay at home and never go outside.” Plagued by radicalization and seemingly blind to its underlying causes, is that the gift of social freedom politicians had in mind?

There is that other point which triggers a reaction—that there is a time and a place. You hear people saying that it is a tense atmosphere, that it’s insensitive to wear a burkini after the recent spate of attacks.

It’s like people saying that you shouldn’t walk around alone at night if you don’t want to get raped. Fair point, but what if you can’t afford a taxi? What if your religion doesn’t allow you to throw on a little summer dress to cool down? You take a risk. You hope for the best. And until there is a fundamental shift in human nature, these risks are not going anywhere.

The only way forward is through slow, gradual exposure to change, to pushing the boundaries of the unacceptable to the extreme fringes of society until they finally melt into air. And all this begins and ends with respect for women, the choices they make about their bodies, and leveling them protection to make those choices in safety and privacy.

Political issues are still being disproportionately played out on the female body in times of war and peace. The decision by the Conseil d’Etat to suspend the ban on burkinis on August 26 is definitely a step in the right direction of equality before the law. 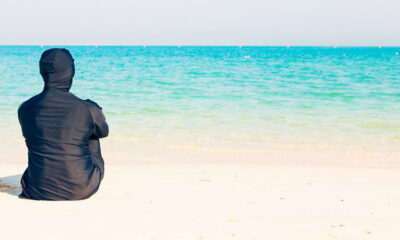 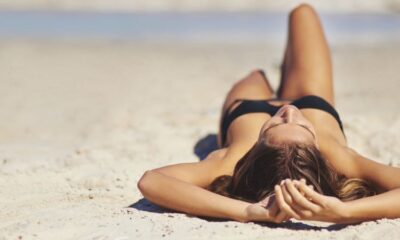 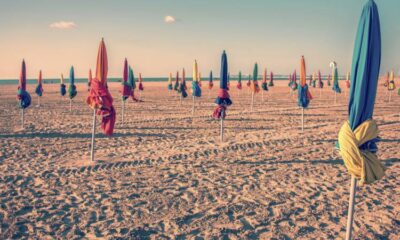 The False Sense of Secularism Behind France’s Burkini Ban