The victory of Alexander Lukashenko in Sunday’s presidential election in Belarus was expected. It would take a certain level of naiveté to believe that any opposition candidate could unseat the strongman who has ruled over the post-Soviet state for over a quarter of a century. The institutional system of Belarus — the security services, the constitution, the courts and election officials — are firmly under the president’s control. After all, he is nicknamed “bat’ka,” a familiarly affectionate term for “dad” — the father of modern Belarus. However, the incumbent’s dire approval ratings in unofficial polling earned him another nickname, “Sasha 3%,” which has been appearing as graffiti across cities, on homemade signs and t-shirts (as a portmanteau with the Russian word for “psychosis,” ПСИХ03%.)

Those in Belarus who were visibly ready for change took to the streets already in the run-up to the election. Complaints over economic stagnation have been perennial, but these are more apparent in this period of a global financial crisis. The people of Belarus look to neighboring Poland and its vast social services programs with some envy, even though the government of Andrzej Duda has just faced its own headline-grabbing election.

What’s Going On in Belarus?

Belarusians are also frustrated with Lukashenko’s approach to COVID-19. He did not mandate a national lockdown, allowed the continuation of sporting events with crowds in the stands, stating that vodka, banya (sauna) and tractor work in the fresh air acted as protection, and called proactive measures “a frenzy and psychosis.” Still, the virus found its victims, with over 69,000 infections and 592 deaths to date. Lukashenko himself claimed he survived the virus.

The protest movement that brought massive crowds onto the streets before the election is unique in many ways. Its leader, Svetlana Tikhanovskaya, a teacher and interpreter, is not a politician by trade. She registered as an independent candidate after her husband Sergey, a presidential candidate running against the incumbent, was arrested and jailed by the authorities. The mother of two said her decision to continue her husband’s campaign was done “out of love” for him.

The rise of a female politician — in fact, all three challengers to Lukashenko’s presidency were women — exposed issues rooted in misogyny. While stating his overall respect for women, Lukashenko expressed the opinion that a woman was not prepared to lead a country like Belarus because its “society is not mature enough to vote for a woman,” only to add that any theoretical female president would “collapse, poor thing.” These sentiments were echoed by reports that female political challengers typically face threats of sexual violence, assault and state intervention into their families.

Tikhanovskaya stated that she indeed was on the receiving end of such intimidations and sent her children abroad in fear they would be taken from her and placed in an orphanage. (In a video released following her disappearance the night after the election, Tikhanovskaya, visibly distressed, mentions children again, saying she hopes no one ever faces the choice she had to make, suggesting pressure.) But even despite these threats, Maria Kolesnikova, a member of the campaign team for another detained opposition figure, Viktor Babariko, and Veronika Tsepkalo, the wife of former Belarusian ambassador to the United States, Valery Tsepkalo (another barred candidate), joined forces with Tikhanovskaya and led the rallies.

These eruptions of public anger were the largest and most prolonged since the demonstrations over the so-called law against social parasites, which mandated that those who work less than six months a year compensate the government $250 for lost taxes, forced a U-turn. Tens of thousands took to the streets of Minsk at the end of July, with momentum spreading to other major cities like Brest, Gomel, Grodno and Vitebsk. In the capital, some 63,000 people attended a pro-Tikhanovskaya rally in what some suggested could have been “the most massive political rally in Belarus history” not seen since the 1990s. However, Belarusian law enforcement and security services wasted no time in making numerous arrests.

A recent event demonstrated just how unprepared the Lukashenko administration is to counter such a vast protest moment. Days prior to the election, the government planned a music fest in central Minsk to bolster support ahead of the election. Some 7,000 protesters organized on social media and showed up to the event with the intention to disrupt it. In a show of solidarity, sound engineers Kiryl Halanau and Uladzislau Sakalouski played the song “Changes!” by the Soviet rock band Kino, one of the anthems of the final years of the USSR, followed by chants of “Long live Belarus!” from the crowd. Halanau and Sakalouski were consequently arrested and convicted to 10 days in jail, but the incident showed that the police struggled to cover all protest locations at all times.

Once the electoral commission announced that Lukashenko had been reelected with 80.23% of the vote compared to 9.9% accrued by Tikhanovskaya, the streets of Belarus filled with voices of discontent yet again. No one accepted these results as legitimate, and Tikhanovskaya even points out there were cases in which she led by 70%-90% at certain polling stations. In fact, Tikhanovskaya considers herself the winner, though she does not seek power. Rather, her ideal situation includes talks between a unified opposition and the government so that Lukashenko can have a peaceful exit from power.

Even before the polls closed, military and police vehicles were on display throughout Minsk, with law enforcement and security services cracking down as protests began to spark across the capital and beyond. While the use of rubber bullets and flash grenades is in line with Western policing measures, as seen in the protests that have rocked the United States recently, but the limits of acceptability in one jurisdiction do not necessarily apply in another.

Over 3,000 protesters were arrested, with the Belarusian authorities reporting 39 police and over 50 civilian casualties, including one death, which the Belarusian Ministry of Health slammed as “fake news.” The Belarusian Association of Journalists reports over 50 instances of detention and beating of journalists since August 4, and an internet blackout has been imposed as the clashes began on Sunday night. In the meantime, Belarusian state TV streams footage of badgers and other forest-related activities.

So, where does the Belarusian protest movement go from here? The organizers have stated that they are committed to long-term protests. It will be interesting to see how all these plans unfold, given the severity of the government response. Tikhanovskaya has already fled to Lithuania, issuing what appears to be a forced statement calling for an end to violence, following her detention at the central electoral commission office on Sunday. Lukashenko has vowed to quash any and all opposition protesters. As usual, the president claimed the protesters were “sheep” manipulated by foreign powers and entities who did not know what they are doing, claiming many of them were high on drugs and drunk. The 65-year-old authoritarian went on to assert that “We will not allow them to tear the country apart.” This sentiment should be juxtaposed with a protester who told a member of law enforcement in the midst of protest: “You are humans! You are also Belarusian!”

It is difficult to determine exactly who wants to tear the country apart when the opposition movement states its intended purpose is to produce a viable future for Belarus. Lukashenko shows no intention of resigning or even lending an ear to complaints espoused by the people. If the protest movement is to continue, one should expect more arrests and detentions.

Belarus finds itself in a political crisis that must be managed with the utmost care. Neither side seems willing to budge on its demands, and so it comes down to who has the most endurance in terms of power and energy. Lukashenko has the power of government and its vast repressive apparatus at his disposal. The protest movement is energized and full of voices that have united in the sole goal of a change of leadership. Alexander Lukashenko cannot afford to make concessions as it would mean his hold on the presidential office is shaky. As it currently stands, even if this round of opposition is quashed, it will undoubtedly emerge again, perhaps at a time when the authorities may be ill-prepared. 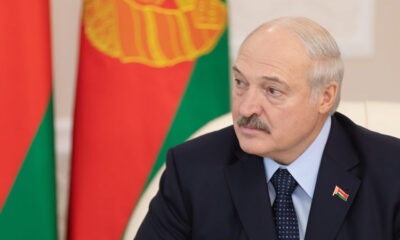 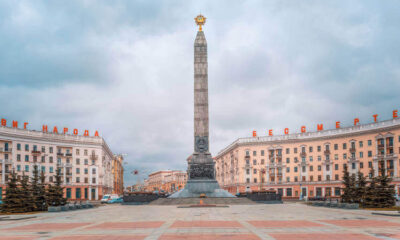 What’s Going On in Belarus?