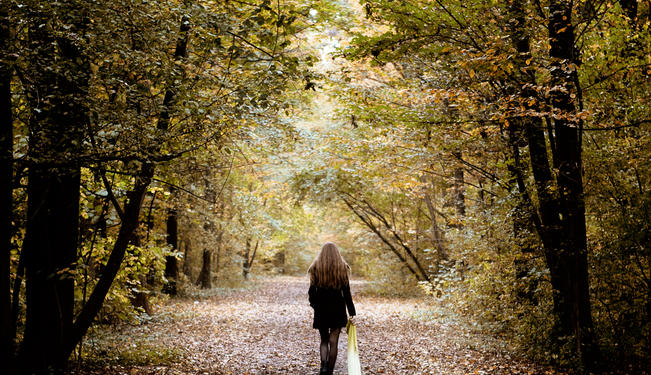 Thinking of slavery, pictures of ancient Greece and Rome, the Middle Ages, or its more modern forms in the Americas and elsewhere come to mind. Slavery has abounded for centuries, as is well-known. Less prevalent to the awareness of most people are today’s forms of slavery – in particular, the trafficking of persons. However, human trafficking is the third largest crime worldwide after drug and weapons smuggling, with estimates indicating the number of victims to be almost 21 million per year, generating profits of around $39 billion.

Misled migrant workers in the Middle East, laborers in quarries and sweatshops in the Americas, and forced marriages or trafficking for organ removals in Asia and Africa are among the many facets of modern-day slavery. Trafficking of women and girls for sexual exploitation is its most prevalent form, particularly in rich European countries.

Most of such crimes start with the promise of a better future, with reasonably paid jobs under conditions expected to be much better than in the migrants’ countries of origin. Upon arrival, traffickers sell their victims into prostitution or forced labor instead, withholding identification cards and regularly using threats and physical violence to ensure compliance.

Consider the following figure: It shows the effect of legal prostitution on human trafficking in Europe, based on the data and statistical analysis of Axel Dreher together with the economist, Seo-Young Cho, from the University of Marburg and political scientist Eric Neumayer from the London School of Economics. The analysis shows that in countries where prostitution is legal, larger inflows of trafficking abound (controlling for other relevant determinants of human trafficking). The positive effect of legal prostitution on trafficking has led many to call for prostitution to be banned. Others disagree. In Europe, governments have taken different approaches on prostitution regimes. Some have criminalized prostitution (e.g. Hungary) or the buying of sexual services (Sweden), while others legalized the prostitution business broadly (e.g. Netherlands and Germany).

In each of these countries, the fight against trafficking takes a prominent role in the discussion of whether or not to legalize prostitution. Legal prostitution is blamed for making the fight against trafficking more difficult. This is because laws in many countries require evidence of criminal behavior in order to allow the searching of brothels or related locations. Where prostitution is legal, trafficked women can more easily be hidden in the crowd. Police inspections based on mere suspicion fail to have legal ground, and tangible evidence on tax evasion or work in the shadow economy can be more difficult to detect. If legal prostitution increases trafficking — the argument goes — prostitution should be banned.

The voluntary exchange of services for payment is an integral part of free societies. Governments are responsible for regulating markets, allowing for a smooth and safe exchange. Only in extreme cases can the state be allowed to restrict such exchanges – think of selling one’s organs as a potential example (although a liberal might not agree on imposing restrictions either). Prostitution is not among those. Consider a woman (or man) facing the choice between earning minimum salary as a cleaner or earning considerably higher income working as a prostitute. Consider two people, one willing to offer sexual services, the other willing to pay for these services. Only a true paternalist could propose such an exchange to be illegal.

Of course, some argue that prostitution can never be truly voluntary. Prostitutes are “forced” into prostitution due to lack of alternatives. Without such pressure, women would never offer their bodies for sale, the argument goes. However, the same holds, arguably, for a cleaner. Defined by the Merriam-Webster dictionary as the “proceeding from the will or from one's own choice or consent,” for given constraints, prostitution seems as voluntary (or not) as furbishing.

We are aware that for most women in most countries, reality is different. Pimps extract large shares of prostitutes' incomes and make leaving the business difficult or often impossible. What is more, legal prostitution tends to decrease prices as a consequence of larger supply and the emergence of new types of businesses like "flat rate brothels."

More stringent regulation would decrease opportunities to hide the victims of trafficking. Firm requirements for brothel operators in reference to working conditions for prostitutes, regular health checks and medical advice, as well as controls of working permits could easily be made possible. Stricter controls on tax evasion would further increase incentives to not endanger one’s legal status. Awareness campaigns and support for non-governmental organizations that work together with prostitutes would empower sex workers, rather than pimps and brothel owners. Mandating employee representatives and unions for prostitutes, together with strong prerequisites like a non-criminal past as a basic requirement to open and operating brothels, would further reduce the magnitude of trafficking.

Politicians pay less attention to other means of fighting trafficking. According to the 2013 anti-trafficking index that we released on August 28 (“3-P Index”), victim protection is largely ignored by European governments. Trafficked persons are treated as criminals, rather than victims. They receive no legal support and insufficient medical assistance. As a consequence, victims do not support the fight against their traffickers, which makes the punishment of traffickers less likely, and thereby increases the amount of crime.

Better protection of victims would thus reduce trafficking. Stricter prosecution of traffickers could further reduce it. Beyond the role that victim protection plays for prosecution, countries need to implement strict anti-trafficking laws, and to enforce them. Here, a multifaceted approach promises to be most successful as, for example, the Netherlands’ proactive identification of trafficking victims.

Finally, trafficking can further be reduced through measures to prevent it from happening in the first place. Deeper cooperation between prosecutors and lawmakers within and between countries is required to effectively fight trafficking. The 3-P Index shows that among the three dimensions — prosecution, prevention, and protection — identification and victim protection receives the least attention among European countries.

In considering the question of whether or not prostitution should be legal, the public, the politicians, and the media alike pay much less attention to all three dimensions of the fight against trafficking. The victims of human trafficking have no strong lobby. Sex workers do. They have a strong feminist lobby arguing to know better what is good for prostitutes than prostitutes do themselves. Politicians focus their attention where they expect to win easy votes, rather than prioritizing resources for the fight against human trafficking most effectively.

Both phenomena would gain from more differentiated analyses and discussions, leaving emotions aside, and resisting the temptation to maximize short-term electoral gain at the expense of a longer-term success in the fight against trafficking.