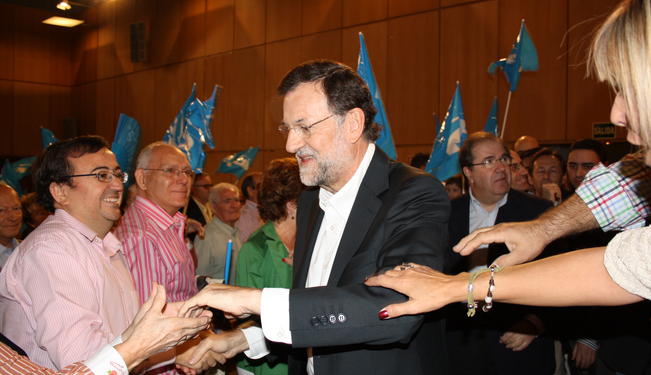 Taylor Dibbert writes on how Mariano Rajoy’s victory may cause significant changes in foreign policy with both the United States and Latin America.

Well, it happened. This past November Spain’s Socialists (PSOE) got hammered at the polls and (after failing twice before) incoming prime minister Mariano Rajoy of the nation’s conservative Popular Party (PP), got his absolute majority in Congress. Next week he will be sworn into office.

Though the economy is its top priority, the incoming Rajoy administration also has the potential to articulate some profoundly different foreign policy positions than those of his predecessor, particularly as it relates to collaboration with the US and more generally in multilateral institutions like the European Union or NATO. While Spain’s days as a global power are long gone, the country’s diplomatic role is not insignificant—within Europe more generally, but especially as it relates to political development and the politics of foreign aid in Latin America.

Still, Spain’s influence abroad should not be overstated either.

As far as US-Spanish relations, they should improve significantly. Ties between the US and Spain have been virtually nonexistent since 2004, when outgoing prime minister Jose Luis Rodríguez Zapatero condemned George W. Bush’s unilateralist foreign policy and quickly got Spanish soldiers out Iraq.

But again, Spain’s precipitous Iraq withdrawal—and Zapatero’s concomitant public repudiation of Bush’s foreign policy, while not trivial, was largely symbolic. Iraq was Bush’s war and Spain’s commitment of 1,300 troops could hardly be described as pivotal factor regarding military operations.

In the run up the Iraq invasion, Jose María Aznar’s support of the invasion was greatly appreciated in Washington. But, could anyone really argue that Spanish influence was anything close to decisive? Or that Aznar’s voice was anywhere near as influential as Tony Blair’s had been at the time?

Spain remains a second-tier power in Europe and will continue to punch below its weight in the coming years. The UK, Germany and France are for more influential abroad, with Spanish policy in Latin America possibly being the only exception.

As United States Secretary of State Hillary Clinton proclaimed earlier this year, Spain has a crucial role to play in Latin America and is second (behind the US) when it comes to foreign aid in the region. If Spain were to make sharp cuts to international aid in Latin America, Spanish influence in the region would likely weaken. While Spanish assistance does not necessarily come free of conditions, its approach to international aid has typically been far less preachy—when it comes to human rights and democracy—than that of the United States. This means that if its foreign aid dries up it will be sorely missed.

Zapatero and the Socialists have lost the right to govern Spain. November’s elections were less of a commanding victory for Rajoy and more a rejection of Socialist party governance. Rajoy has garnered an absolute majority in congress but it remains to be seen how widely he will interpret his mandate. Will he push sweeping reforms through congress without consulting opposition parties?

Interestingly, just days before the November 20th vote, Spain’s Indignados set out a few clear, yet modest policy goals. Their desired reforms focused largely on changing existing property laws and modifying Spain’s electoral system, potentially giving a greater voice to smaller parties. While it is unlikely that Rajoy will touch on these issues next year, they are mature, reasonable requests that deserve the attention of Spanish policymakers in the years to come.

Prime Minister Rajoy will need to show the mettle to move quickly while building consensus if he is to reverse the tide of political inaction which marked the end of the Zapatero regime.

*A version of this article was previously published in The Journal of Foreign Relations.