From silent to knight in shining armor: A bitter archbishop seeks not so much to reform as to re-form the Vatican.

Retired papal nuncio Carlo Maria Viganò, former Vatican ambassador to the US, has published a blockbuster “testament” that concludes with his demand for Pope Francis’ resignation, accusing the pontiff of a “conspiracy of silence not so dissimilar from the one that prevails in the mafia.”

For years, the Catholic Church’s credibility among the faithful has been declining in the wake of successive revelations about sexual abuse in the clergy. This is hardly news. Like the #MeToo movement, new accusations have continually emerged over decades, aggravating the bitterness of both the victims and the innocent shocked by the hypocrisy of supposed moral teachers violating their own ethic.

This past week, protesters greeted Pope Francis on his visit to Ireland, traditionally the most loyally Catholic of nations. Aware of the wave of disgust at the numerous scandals that point to a pattern, a culture and a trend that can’t be explained away as the result of “a few bad apples,” the pope took the initiative of profusely apologized for the church’s negligence and promised not only to prosecute the predators, but also to oppose attempts to cover up the scandal and clean up the “caca” (officially and euphemistically translated as “filth one sees in the toilet”). Monsignor Viganò has accused the pope of being the principal agent of the cover-up.

As with many scandals involving persistent cover-up, many feel it’s too little, too late. But in Catholic theology, confession and penance are never too late to be effective for restoring grace. And in the pope’s defense, changing a culture cover up always takes time. Viganò himself “ordered a cover-up of an investigation into the alleged secret gay life of Archbishop John Nienstedt of Minneapolis-St. Paul.”

Some observers have noticed, but only a few journalists have highlighted the fact that Viganò’s focus appears not to be on child abuse but on what he calls “homosexual networks present in the Church.” Reuters notices that the “word ‘homosexual’ appears 18 times, while the word ‘child’ appears only twice, in both cases in the titles of Church documents” Viganò mentions. AP journalist Nicole Winfield points out that the “text reads in part like a homophobic attack on Francis and his allies.”

Tara Burton in Vox characterizes Viganò as an “arch-conservative known for his opposition to LGBTQ issues” and observes that, “His letter reflects what Massimo Faggioli, a professor at Villanova University and a commentator on Catholic issues, previously characterized as an increased willingness on the part of conservative, anti-Francis Catholics to see the latest developments in the sex abuse scandal as an opportunity to advocate for a changing of the guard.” Laura Ingraham on Fox News jumped on the occasion to call for the ouster of this left-wing pope.

In one sense, the sexual scandals of the church form part of a wide pattern of sexual scandals affecting all institutions of authority and influence: politics, entertainment, sports and business, as well as religion. The difference is that politicians and entertainers are public celebrities rather than moral authorities, though today’s consumer culture has created the modern notion that all celebrities should represent “role models” — the only tolerated exception being the current US president, whom most Americans see as something other than a role model. But even the otherwise puritanical Mormon senator from Utah, Orrin Hatch, says of Donald Trump that he’s a “heck of a leader” and that it is “amazing he is as good as he is,” which sounds as if he sees The Donald as a role model.

Popes cannot be impeached, nor does their term expire before their death, though the previous pope, Benedict XVI, actually did resign for only the second time in the history of the church. Pope Francis has refused to comment on the scandal, asking journalists to “read the statement carefully and make your own judgment.” He added, “You have sufficient journalistic capacity to draw your own conclusions.” Presumably he expects that, once the magnetic effect of a scoop to draw the public’s attention to Viganò’s accusations wears off, the serious journalists will delve into the nature of the civil war brewing in the church between the traditionalists and the left-wing pope.

Could Viganò be the 21st century’s Martin Luther? He’s a bit too old, but the reformation he seems to want to lead is one in which the church is restored to the purity of its true values: ostracizing homosexuals and excommunicating politicians who vote for laws by civilian governments that permit abortion, and even more vehemently popes who say things like this: “We are not against abortion for religion [religious reasons], no. It’s a human problem.” 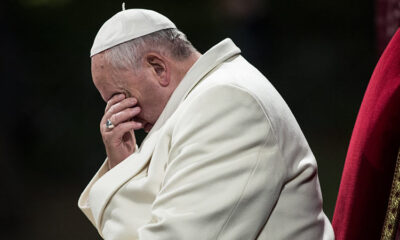 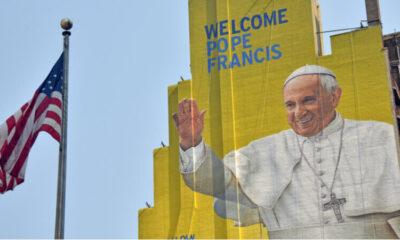 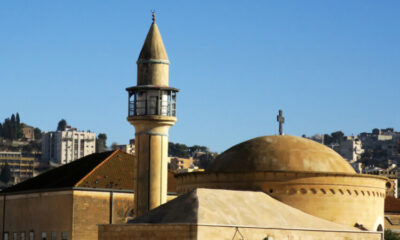