In recent weeks, France’s President Emmanuel Macron has accelerated his recent campaign to bolster his credentials as Europe’s most determined authoritarian leader. Citing France’s secular philosophical tradition, he appears to believe in the 18th-century cultural meme of the enlightened despot.

Macron came to power in 2017 after painting himself as the inclusive centrist standing midway between the left and the right, whose parties were in total disarray. Like Joe Biden today, he promised to unite a nation that had suffered from a system of “alternance” (alternate rule). For decades, it had allowed the powerful political organizations on the right and left to repeatedly replace the other as France’s ruling elite, perpetuating a political class that had lost touch with reality.

After three years of Macron, and because of the events last week, the president may be suddenly realizing the truth behind William Butler Yeats’ observation a century ago that “the center cannot hold.” Yeats was of course referring to Western civilization as a whole, not French politics. Macron wants people to believe he represents Western civilization. After claiming Jupiterian authority at the beginning of his reign, he has increasingly projected himself as the all-seeing arbiter of modern political truth. He claims to embody what he calls “the principles and values” of la république. His version of the Enlightenment has become the French version of Puritan America’s shining city on a hill.

Macron may have noticed that the American politicians — notably Ronald Reagan and George W. Bush — who successfully marketed the shining-city meme to justify their militaristic authoritarianism, represented the right rather than the center. The right traditionally applauds xenophobic nationalism. But Macron still sees his brand as centrist. This obliges him to thread the needle by emphasizing secular universalism, traditionally approved by the left, as opposed to the right’s typically faith-based nationalism.

In recent months, Macron has pushed two distinctly authoritarian themes: declaring cultural war on Islamists (meaning he has a beef with Islam itself) and reinforcing France’s already well-structured police forces to help the nation evolve into an enlightened police state. At the same time, he poses as the promoter of European unity, encouraging the EU to rally around his “liberal” values that notably include “freedom of expression,” redefined as the right — if not the duty — to blaspheme, so long as the target is Muslims, who clearly take their religion too seriously.

Macron’s crowning achievement of the past week was the French parliament’s passing of the global security law, with its provisions to punish journalists and citizens who dare to film the police in the act of enforcing the always fair and just authority of the state. Those found guilty of filming the police face a €45,000 fine.

The universally valid application of authoritarian methods of policing human activity in France and, why not, everywhere around the globe, since France is, as everyone should know, the source of universal moral values.

The vote in parliament took place the same day the surveillance video was released of the brutal beating by the police of Michel Zecler, a black music producer. The police booked Zecler for “violence against a public authority,” which, if successfully prosecuted, would have landed him in prison for many years. The three officers failed to notice the surveillance camera in Zecler’s professional premises, where the beating took place. The episode has proved severely embarrassing for Macron’s government. Although alive and safe, Michel Zecler could become the George Floyd of France. The law was already contested, but a massive protest on Saturday highlighted the symbolic importance of this incident. Others are likely to follow as the government hesitates on what tack to take.

Without the video, Zecler would have undergone the fate of so many other members of minorities harassed or brutalized by the authorities. The police officers claimed that he had assaulted them and attempted to seize their weapons. What judge or jury would believe Zecler’s word against theirs in a courtroom? Zecler has insisted on expressing his own respect for the police. He considers his attackers as three bad apples who do not represent the vast majority of law enforcement. What they do represent, however, is the workings of an arbitrary, racist and authoritarian system that Macron has chosen to reinforce and place beyond any criterion of accountability.

The government finds itself in a quandary that in some way resembles the comedy of the Keystone Kops. The right-wing interior minister, Gérald Darmanin, a J. Edgar Hoover-type personality whom Macron appointed to demonstrate his commitment to authoritarian rule, immediately dismissed any reconsideration of the law. Within an hour, Prime Minister Jean Castex contradicted him, asserting, as France 24 reported, “that the government would review the wording of a controversial draft law that would place restrictions on citizens filming the police and publishing the images.” Castex immediately promised to set up “a commission to rewrite the text.”

It didn’t take long for Macron’s own legislators who voted for the law to protest, calling the idea of appointing a commission to rewrite their law an insult. One complained of being treated like a “vulgar floorcloth” (serpillière), another like a doormat (paillasson). How embarrassing! The president had crafted the entire operation specifically for electoral purposes, following the results of private polling that showed a positive response to Macron’s promise to get tough on Muslims.

Macron’s minister of justice, Eric Dupond-Moretti, speaking to BFM-TV, dared to undermine Macron’s and Darmanin’s logic: “It’s out of the question to forbid journalists from filming and informing the public.” He called for “amending a number of the law’s provisions.”

Macron has been heralding the 18th-century Enlightenment as an export rivaling champagne, Bordeaux or foie gras. This tells us a lot about the political philosophy of a man whose career oddly parallels Donald Trump’s. For both men, the presidency is the first political office they have been elected to. Theoretically, that should be good for democracy in two nations that have suffered from the corruption associated with government by political professionals whose idea of governing amounts to playing off vested interests against one another.

Neither Macron’s center nor Trump’s solipsistic system have the capacity to mold reality to their purposes. But if both political mavericks managed to make it to the top, it is also because the traditional parties had themselves succumbed to a reality they could no longer control.

Future historians will undoubtedly look back with curiosity at this strange period of history inaugurated by Osama Bin Laden in 2001, in which small terrorist groups and individuals managed to destabilize the immense power of the Western nations not through the damage they did do it directly, but through their ability to provoke self-destructive authoritarian responses from Western governments.

To be elected and respected, leaders had to show their electorate their determination to base policy on paranoia. In the meantime, the entire political class had lost its ability to analyze causes and effects, for the simple reason that they were focused on the task of balancing the interests of the powerful cliques — financial, industrial and military — that formed a club they aspired to belong to.

Their governments’ growing authoritarianism had a two-fold effect: It punished its own citizens by restricting their liberty and reducing them to puppets in a system increasingly designed for a single purpose: to protect the status quo. Since terrorists were attacking the existing system, good citizens could accept the idea that it was the system that needed protecting, not the people themselves.

The second effect was more fundamental. The laws and political practices designed to protect the status quo augmented the power of private interests, increasing their wealth and control over the economy. This produced devastating social effects. The people — the supposed bedrock of democracy — were faced with an intolerable psychological dilemma. They were asked to adhere willingly to an increasingly arbitrary system that pushed them further and further into economic oblivion. Up to now, the system has worked because it seemed like the only system possible. But Yeats was right: There comes a moment when the center cannot hold. Sometimes it’s an obscure name that triggers it — a name like George Floyd or Michel Zecler. 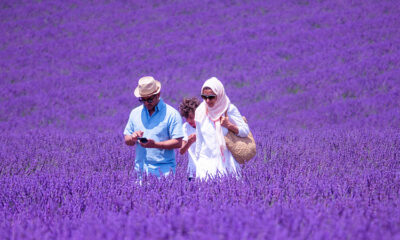 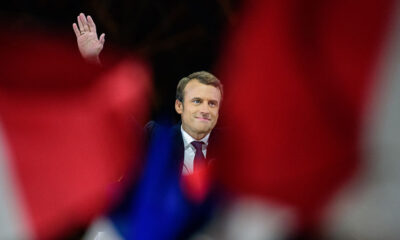