At some moment in the recent past, French President Emmanuel Macron assigned himself the mission to single-handedly reform Islam and imbue it with the Enlightenment values that made it possible for a lowly Rothschild banker to rise up to become the democratically elected pseudo-monarch of France’s faltering Fifth Republic. He thus became understandably upset when he discovered how English-speaking media have been failing to align behind his global leadership on the issue of defending French exceptionalism, which Macron defines as his nation’s divine right to promote half-assed, unfunny, gratuitously insulting pseudo-satirical cartoons.

As one of the rare French leaders to be reasonably fluent in English, Macron was able to track what he sees as the half-assed, unfunny, gratuitously insulting reporting of the English-speaking press concerning his noble mission. After reading comments made in the Financial Times and Politico, his growing ire impelled him to pick up his phone and call Ben Smith, a highly regarded journalist at The New York Times, to make sure that his imperious voice would be heard on the other side of the Atlantic.

Ben Smith doesn’t hide his surprise at receiving an unsolicited phone call from a man who has no small opinion of the importance of his office. He dutifully reports the president’s concern: “So when I see, in that context, several newspapers which I believe are from countries that share our values — journalists who write in a country that is the heir to the Enlightenment and the French Revolution — when I see them legitimizing this violence, and saying that the heart of the problem is that France is racist and Islamophobic, then I say the founding principles have been lost.”

The complaint that the anglophone media has been unjust to him is not something that Macron discovered on his own. On October 29, Princeton professor Bernard Haykel published an article in Le Monde taking to task the reporting of both The New York Times and The Washington Post for treating the recent beheading of Samuel Paty — a French teacher who showed his students the controversial Charlie Hebdo cartoons of Prophet Muhammad as part of a class on freedom of speech —  as a crime rather than as a significant political event reflecting the actions of a global conspiracy. Haykel achieved some notoriety in the US in 2015 when he publicly complained, as did many Republicans, that “President Obama refused to use the word ‘Islamic’ to describe the brutal group calling itself the ‘Islamic State.’”

Oddly, Haykel himself, in a CNN interview, called the Islamic State the result of “an expression of this humiliation, this rage, this sense of disenfranchisement that hundreds of millions of Muslims feel.” In other words, the problem is essentially political and not religious.

Why did Macron wait till now to vent his spleen by calling Ben Smith? Perhaps he believes that the defeat of President Donald Trump has removed the influence of The Donald’s evangelical voters from the corridors of power in Washington. With Joe Biden’s election, Macron can now assume that the college-educated Americans who elected the Democrat are ready to align behind Macron’s brand of Enlightenment-inspired aggressive Eurocentrism that privileges the idea of a clash of civilizations. Macron is not asking The Times for more accurate reporting of events. He wants English-speakers in the US and the UK to adhere to his personal worldview. The French journal Le Point offered this summary of the French president’s conversation with Ben Smith: “For the President of the Republic, the journalists of these media organizations do not understand the French context in which these events occurred.”

Is Macron ready to teach them the truth and help them understand? In his inimitable Jupiterian style, consistent with that of a 19th-century “laïc,” or schoolmaster, rather than with teaching, he prefers dictating. As Smith reports, “Mr. Macron argues that there are big questions at the heart of the matter.” It appears to be a clash of civilizations within Western civilization. “Our model is universalist, not multiculturalist.” This is Macron’s way of saying that we are right and you are wrong. “Universalist” means one culture possesses the rules that apply everywhere. “Multiculturalist” means anarchy, chaos, or what Charles de Gaulle once called the “chienlit.”

As a journalist concerned with respecting the context, Smith insists on the importance of paying attention to the pragmatic as well as the abstract: “Such abstract ideological distinctions can seem distant from the everyday lives of France’s large ethnic minorities, who complain of police abuse, residential segregation and discrimination in the workplace.” Smith recounts how the conversation ended, with Macron’s concluding suggestion, “My message here is: If you have any question on France, call me.”

Monsieur Macron, after all, is “le president,” the man with all the answers. When back in 2018 Fox News journalist Chris Wallace asked Macron the question, “So what is the best part of being the president of France?” Macron replied, “Deciding.” The universalist Macron especially likes to decide how others should live their lives and report their news.

Throughout history, even the most powerful despots, skilled at stifling literary production at home, have rarely attempted to censor the foreign press. But when a 21st-century monarch claiming to represent universal values senses danger abroad, no choice remains but to inform The New York Times, after which order may be restored.

Macron’s concern highlights a curious historical phenomenon that helps explain the persistence of institutional racism in both France and the United States. For a long time, Christian fundamentalism provided the core justification of racism in the US. Over time, it became secularized and merged with the political idea of Manifest Destiny, thanks to which a white Christian population was fated to conquer a continent and eventually lead the world.

The rationalist tradition inaugurated by the French Enlightenment provides a different brand of racism, one based on admiration of the achievements of white civilization. The ideas circulating in France in the 18th century contributed to the founding of the US, a nation whose economy to a large extent depended on the maintenance of slavery. All men may have been created equal but only some acquire property, enabling them to become more equal than others. And since blacks cannot aspire to property, they are clearly not equal at all. When revolutionary France embraced “liberté, égalité, fraternité,” it abolished any religious rationale to justify slavery. At the same time, it began its mission civilisatrice, a concept invented to justify a century and a half of brutal colonialism, especially in Africa.

The chaotic revolutionary and Napoleonic eras ended with the restoration of monarchy. Christian missionaries now had their role to play, civilizing the dark populations of the world. But the colonizers focused primarily on Enlightenment values that supported the idea of efficient, profitable economic exploitation of other peoples and their resources.

The French were inviting others into the classroom of civilization, demonstrating their eagerness to dictate universalist values to peoples who, as Nicolas Sarkozy framed it in his notorious address in Dakar, never “fully entered into history … never really launched themselves into the future.” Racism was already a vibrant feature of the Enlightenment. In a recent article for Foreign Policy on Voltaire, generally revered as the paragon of tolerance, French-Algerian journalist Nabila Ramdani pointed to the philosopher’s portrayal of Africans in his 1769 work “Les Lettres d’Amabed” as “‘animals’ with a ‘flat black nose with little or no intelligence!’” She cites other luminaries of the period, pointing out that such judgments were “typical of Enlightenment philosophers, who provided disturbing justifications for the hatred of racial and religious groups.”

Ben Smith notes that Macron’s “larger claim is that, after the attacks, English and American outlets immediately focused on failures in France’s policy toward Muslims rather than on the global terror threat.” How dare the foreign press choose its own approach to reporting the news? How dare it take into account the complete context of a dramatic event rather than focusing on what every politician knows the news media prefer to report on: gore, human suffering and the paranoia they inspire?

Perhaps Macron hopes The New York Times will do for him what it did for Joe Biden out of fear of Trump’s being reelected. Marine Le Pen is France’s Trump. Promoting paranoid theories, as The Times did with Russiagate, is the best way to ensure the centrist will defeat the enemy on the right. 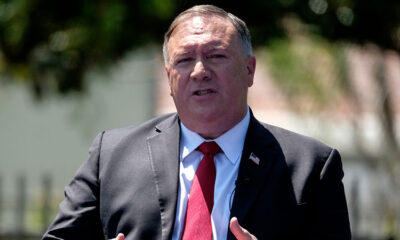 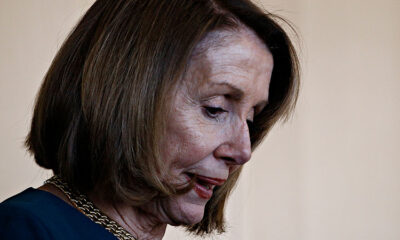 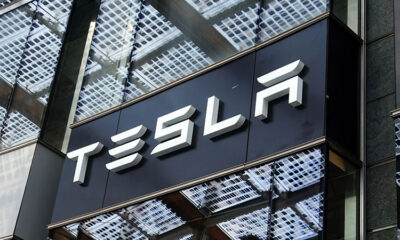