After officially eclipsing Bill Gates to reach the rank of the second-richest person on the planet, Elon Musk clearly deserved a lengthy video interview with the Wall Street Journal. It could probe into how Musk managed to become the world’s wealthiest and most admired innovator. The Journal couldn’t saddle any random hack with that formidable task, and so its editor-in-chief, Matt Murray, rose to the occasion. The interview lasted nearly half an hour and can be viewed on YouTube.

Most people consider Musk a genius, although here at the Daily Devil’s Dictionary we have regularly referred to him as an accomplished hyperreal performer who captures (because he is captured by) the spirit of the age. Call it the Taoist principle of reversion, being and non-being. The causal relationship between cultural icons like Musk and their environment is reversible and self-perpetuating. Pushing the metaphor, Musk’s hyperreality exists in a quantum state where the reassuring idea of stable identity disappears. Musk creates today’s culture because today’s culture has created Musk. Culture innovates; innovators hitch a ride.

Who Rigs the Ship of State?

Interviews with Musk are generally painful to watch. This one is no exception. It reveals that there is nothing stable in Elon Musk’s thought processes and very little that is original. He is certainly deeply knowledgeable, with a well-focused technical vision of his companies and their products. But his attempts at “profound thought” are difficult to differentiate from the clichés promulgated by the ambient hyperreal culture, with its deep faith in anything, however superficial, that resembles technical progress and its belief that redesign and duplication on a massive scale equal innovation.

Musk’s deepest wisdom includes things like his advice that “we don’t want to be complacent.” He brilliantly warns of the danger posed by “the gradual creep of regulations and bureaucracy.” He believes we must fear “regulatory capture by companies.” He sees a need to “have good feedback loops for the customer” and to “make the product better.” Clearly, these are the thoughts of an original thinker.

Then Musk also offers this pearl of innovative insight, possibly borrowed from Ronald Reagan: “The best thing government can do is just get out of the way.” Murray might have seen this as an opening to plunge into the history of Musk’s lucrative relationship with the government. But he was apparently interested in deeper things.

Just as everyone craves access to Warren Buffett’s secret formula for investing, Murray wants to know whether other people can be as brilliantly innovative as Musk. “Is it easily learnable?” he asks. Reporting on the interview, the website Inc. chose to focus on this theme: “During a candid and freewheeling interview with Wall Street Journal editor in chief Matt Murray this week, Musk argued that creating innovative products is ‘absolutely learnable.’”

The actions of very rich people that poor people should be encouraged to imitate.

Murray believes that if there were more people like Elon Musk, the world would be a better place. Concerned with the future of humanity, he hopes that Musk can teach others, or at least serve as a model so that we can all eventually become the second-richest person in the world. Musk was initially taken aback by Murray’s question. He began his response by saying, “I think it is learnable” before convincing himself that the right thing to say was “I think that’s absolutely learnable.” The website Inc. helpfully repeated for its readers Musk’s three original recipes for learning.

The first is: “Try hard.” Success is not for the lazy. The second is “Seek negative feedback” and then ask yourself this surprising question, “How can we make this better?” But even that requires its mystical corollary: you must “love your product.” The third is essentially negative: stay away from meetings, presentations and spreadsheets. Spend time on the factory floor. To prove his point, Musk mobilizes the metaphor of a general who leaves his “ivory tower” to fight with the troops on the front line. Inspiring!

Murray did at one point raise the more down-to-earth question of Musk’s relationship with government, an issue with financial implications WSJ’s readers tend to be interested in. But once Musk established the overriding principle that government should simply “get out of the way,” Murray saw no reason to follow it up. Luckily, other journalists have tried harder. Six years ago, New York Mag’s Intelligencer provided the details of Musk’s Amazon-style bullying and classic techniques of corruption.

The piece summed up his dealings with the authorities in this succinct phrase: “This negotiation is straight out of the special-interest playbook.” It explained that in 2014 “SpaceX hired lobbyists and flew a key lawmaker to its offices. Musk gave about $12,000 in campaign contributions … During the meeting … Musk described his dream to take people to Mars. … He also said Texas needed to compete with other states.”

In other words, the government’s role is to pony up the cash Musk needs before it gets out of his way. Taxpayers pay for the right to trust Musk’s unimpeded judgment to do the right things (i.e., whatever he wants) with the cash they have offered him. Among those right things is, of course, the odd campaign contribution, just to keep things running smoothly.

In 2015, the Los Angeles Times reported that “Elon Musk has built a multibillion-dollar fortune running companies that make electric cars, sell solar panels and launch rockets into space. And he’s built those companies with the help of billions in government subsidies.” At the time, they set the figure at $4.9 billion. One analyst explained that “He definitely goes where there is government money. That’s a great strategy, but the government will cut you off one day.” That day has yet to come. Musk is now the one who has the power to decide when to cut the government off.

At one point, Murray did ask Musk an embarrassing question: “What mistakes have you made?” Musk humbly admits he has made so many mistakes he wouldn’t have enough time to list them all. But he conveniently dodges the question by vaunting his involvement “on the factory floor.” He claims that “the morale is good” at Tesla, which is his Trump-like way of denying that he has ever made a serious mistake.

Musk’s employees have had the occasion to offer plenty of negative feedback, none of which he seems to have taken on board. Why should he? The government has not only backed him but is SpaceX’s main customer. The company “signed $5.5 billion worth of government contracts with NASA and the United States Air Force.” Just last week it was announced that “The FCC is giving SpaceX’s satellite internet service, Starlink, $886 million” as part of its program to bring broadband to rural America.

Employees have regularly complained of Musk’s style of micro-management and his alacrity for making promises but failing to keep them. In September 2019, a court ruled that “the Tesla CEO and other company executives [had] been illegally sabotaging employee efforts to form a union.” Bloomberg reported last year that, after a leaker revealed a serious problem of mismanagement at the Gigafactory, “Musk set out to destroy him” — like a Mafia boss. On the other hand, the success of Musk’s companies, the pay and the challenge of the firm’s ambition has kept most of his employees reasonably happy.

Nevertheless, Tesla has a few seriously worrying skeletons in its closet. Another whistleblower made some damning charges when he reported Tesla not only for “covering up and spying on its employees back in 2018” but for organizing a “drug cartel operation inside the Gigafactory.” These affairs have still not been adjudicated in the courts. Most likely, they will never be permitted to become public scandals. It is equally unlikely that Musk sees them as “learnable” moments.

A year ago, Musk was officially worth about $20 billion. Two weeks ago, he became the world’s second-richest person, with a fortune estimated at $128 billion. He definitely works hard to earn what amounts to about 0.4 billion for every working day (assuming he takes weekends off and a month’s vacation). That’s the reward one can expect from spending the right amount of time on the factory floor. 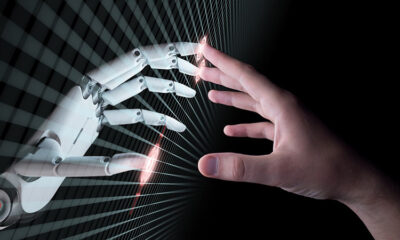 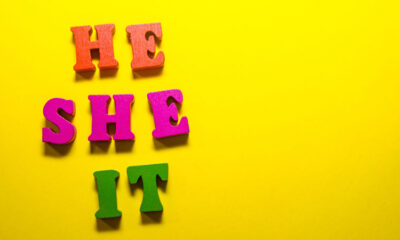