It was agreed almost at the last minute: The Trade and Cooperation Agreement (TCA) between the European Union and the United Kingdom, signed on December 30, 2020, prevented a no-deal Brexit just one day before the end of the transition period. Four and a half years after the referendum, relations between the EU and its former member state have thus been put on a new footing. It is a considerable achievement of the negotiators on both sides that such a complex agreement was reached despite the adverse conditions.

Yet the end result, due to the British quest for sovereignty, is a (very) hard Brexit. Although the movement of goods will continue with zero tariffs and zero quantitative restrictions, many new non-tariff trade barriers will arise when compared to single market membership. Services, including finance, are largely excluded from the treaty, and with very few exceptions, the British are leaving European projects such as Erasmus. London has also excluded foreign and security policy altogether from the institutional cooperation with the EU.

Despite the restricted market access, the EU can claim to have achieved the inclusion of comprehensive instruments to ensure fair competition, a level playing field. This includes the possibility of reintroducing tariffs and other trade restrictions should there be a significant divergence in labor or environmental standards in the future. Both sides have achieved their remarkably defensive goals: Boris Johnson gets his hard Brexit, and the EU was able to defend its single market and its standards.

To Be Built Upon

The original idea of an “ambitious and deep partnership” between the EU and the UK, however, has fallen by the wayside. In the first few weeks of 2021, the EU and the UK have already squabbled over vaccines and the status of the EU ambassador in London. Nevertheless, if used wisely, the agreement could represent the low point in British-European relations, from which a new partnership emerges after the difficult Brexit negotiations. However, there are five reasons the TCA could enable an improvement in relations.

First, the trade deal does not mark the end of negotiations between London and Brussels. The agreement itself provides for a review after five years — that is, just under six months after the likely date of the next UK general election — in the course of which relations can also be deepened again. There is also a review clause for the Northern Ireland Protocol in 2024, transition periods for energy cooperation and fisheries, and further talks on data exchange and financial market services in 2021. Similar to Switzerland, there will be almost constant negotiations between the EU and the UK, albeit at a less politically dramatic level than recently. It is precisely this de-dramatization of relations that offers an opportunity to restore trust and improve cooperation.

Second, the agreement is designed to be built upon. It establishes institutionalized cooperation between London and Brussels with an EU-UK Partnership Council and a number of specialized committees, for example on trade in goods, energy cooperation and British participation in EU programs. It is explicitly designed as an umbrella agreement into whose overall institutional framework further supplementary agreements can be inserted.

Third, economic relations will remain important for both sides despite new trade restrictions. The geographical proximity, the close integration of supply and production chains in many economic sectors, and the mutual importance in trade will ensure continued economic interdependence. The EU remains by far the largest export market for the UK, which, in turn, as the second biggest economy in Europe, will also continue to be a major economic partner (and competitor) for the union. Added to this are the level playing field provisions of the TCA, with both partners committing to maintaining existing EU standards as far as they affect trade and investments, and incentives have been created to keep pace with new standards.

Fourth, the willingness of both sides to make compromises to avoid a no-deal Brexit paradoxically also clearly revealed the common interests despite the difficult divorce. For example, the TCA declares climate policy to be a shared interest, in which the UK will play a central role in 2021 by hosting the next climate summit together with Italy. Opportunities will also present themselves here for trilateral cooperation with the new US administration. The continued participation of the British in a small number of EU programs, such as the EU’s Copernicus Earth observation program and parts of the data exchange in home affairs and justice policy, is also stronger than expected.

Fifth, with the combination of the Withdrawal Agreement and the TCA, Northern Ireland has become a shared responsibility of the UK and the EU. In order to keep the border open with the EU member state of the Republic of Ireland, the rules of the EU single market will continue to apply in Northern Ireland, whereas a trade border has been created in the Irish Sea between Northern Ireland and the rest of the UK. Any deviation from EU standards will now require the UK government to weigh not only whether this breaks the level playing field rules — thus allowing the EU to erect trade barriers — but also whether new intra-UK trade barriers with Northern Ireland are created.

The EU equally has a responsibility in the interests of its member state Ireland to work with the British government to ensure that these complex arrangements work as smoothly as possible so as not to jeopardize peace in Northern Ireland.

The trade treaty, which came into being under great pressure, both temporal and political, thus achieves one thing above all — the creation of a foundation on which British-European relationship can be reconstructed. Hard Brexit is now a fact, and the step from EU membership to a third country with a trade agreement has been completed. But negotiations are from over: As neighbors, the EU and the UK will continue to negotiate and renegotiate their relationship in the foreseeable future. It is now up to the political leadership on both sides to determine how this foundation is used. The EU and Germany should be open to building on this foundation with options for deepening cooperation in areas where there were gaps left behind by the TCA due to time or political circumstances. 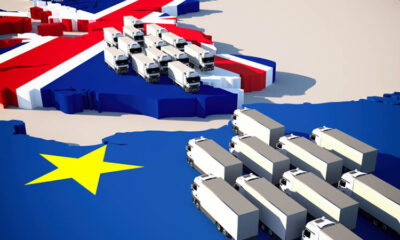 Can the UK Avoid a No-Deal Brexit? 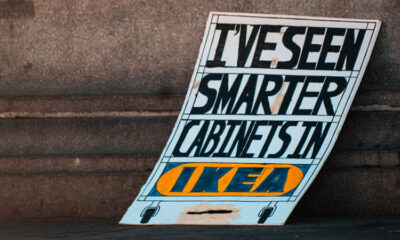 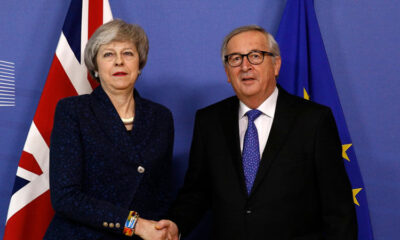 Theresa May Promises More Talks But No Walks