“We are very much not a racist family,” shouted back Prince William at the reporter. The journalist had asked the wrong question. The right question would have been, “Is your family class conscious?” The reply to that would have been silence. When Meghan Markle, the duchess of Sussex and wife of Prince Harry, told Oprah Winfrey during a candid interview earlier this month that racism was the defining factor of her estrangement from the British royal family, it became obvious that she didn’t understand what she was up against. Class, not race, was the defining issue.

Harry and Meghan: In Pursuit of Wealth and Luxury

Queen Elizabeth II and her family live atop a rigid hierarchy of rank and class awareness that pervades and rots British culture. Under the queen, there is a strict pecking order: princes, dukes, marquesses, earls, viscounts, barons, baronets, knights, followed by the confetti of orders of chivalry handed out to the deserving common folk who have rendered the monarch a service. A network of lord lieutenants — representatives of the queen — reside in every British county to manage the royal patronage at the local level. There are also the hierarchies of the charities and institutions — the Royal Ballet, The Royal National Theater, the Church of England, military regiments and so on — that the queen and her relatives “patronize” (in this instance, an appropriate use of that adjective).

Beyond the aristocratic titles are the untitled gentry compiled in two listings, Burke’s Peerage and Debrett’s. These contain the names and biographies of the “good” families and are the studbooks for the anxious parents of socially ambitious children. The gentry — the old, landed families of England — know who they are and, even if they do not have titles, jealously guard their status. They also make sure their entries in Burke’s are up to date. These families all know each other, mix at the same events, attend the same schools and ensure their offspring marry each other to keep the money and land where it should be. Sometimes, even aristocratic families lose their money and are reduced to earning their living like the rest of us. But they do not lose their status. They may be poor, but they are still upper class. Bloodlines count.

When a complete outsider, Meghan Markle, turned up as Prince Harry’s girlfriend, the questions from his relatives were not about color, race or even money. The questions were: “Does she come from a good family? Do our people know her people? Is she related to the Shropshire Markles? Isn’t that a German name? Perhaps one of the Saxe-Coburg-Gotha cousins might know her?” The questions were about “family.”

None of the answers to any of the questions helped Meghan. The fact that she was beautiful, charming, poised and successful counted for little. Unfortunately for her, the Windsors and the courtiers had already decided that she came from a bad family. Not only that, but divorced and an actress — that word deliberately used rather than “actor.” The gossip picked up from the royal circles was that Meghan’s parents were “common” and “related to no one.” When no senior male relative or even family friend could be found to walk Meghan down the aisle, it just further confirmed her lack of “breeding.”

Even worse, Meghan was given the clear impression that her family was so embarrassing that only her mother could be invited to the wedding. The chatter among the Windsors and the well-connected classes was not about race but about how Harry had married so much beneath him. No wonder Meghan felt an outsider.

Kate Middleton, the duchess of Cambridge, shares much with Meghan — and she knows it. Her family is not of ancient lineage, and her relatives, if not embarrassing, are whispered in palace circles to be, “How shall one say — not our sort of people.” When they were dating, Prince William told his well-born friends to stop saying “doors to automatic” every time his girlfriend came in the room — a reference to the fact Kate’s mother had been a British Airways flight attendant and that William was obviously slumming it. Kate has become acutely aware that she has to disown her past. Meghan is her own person and not willing to do that.

Race is not the problem. The corrosive class consciousness of the British is the issue. The first step to root out this cancer is to abolish the monarchy. 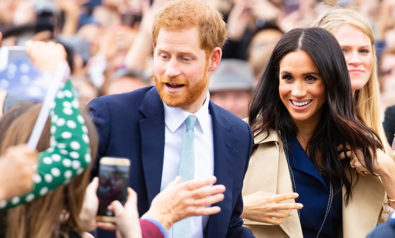 Harry and Meghan Say No to Britain’s Tabloids 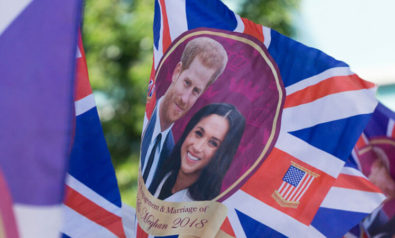 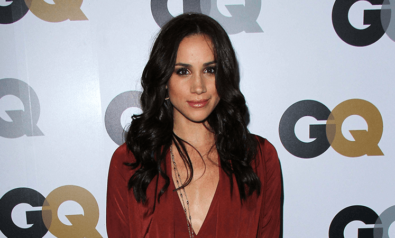