In September, citizens of the former East German states of Brandenburg and Saxony headed to the polls to elect their new legislatures. The results were, on the one hand, a breath of fresh air for traditional parties, in particular the Social Democrats (SPD) who, following a series of disastrous electoral results, managed to remain as the major party in Brandenburg. On the other hand, however, the electoral results also consolidated the Alternative for Germany (AfD) as a major political force in both states, sparking once again the debate about the strength of the far right in the former German Democratic Republic (GDR).

The weaker economic outlook of the eastern states is often blamed for the rise of the AfD in the region. Three decades after the fall of the Berlin Wall, differences between east and west remain, despite the effort of the federal government of Germany to boost the economic development of the new federal states. Official government statistics suggest that, following a dynamic start in the early 1990s, former East German states are now growing at a slower pace. Unemployment remains, on average, higher in the east than in the west and is accompanied by stagnant wages that fail to narrow the gap.

However, polls conducted during the elections in Brandenburg and Saxony seem to contradict this assumption. In Saxony — a state which became a stronghold of the AfD since the party’s foundation in 2013 — almost 80% of those interviews described the economic situation as good in 2014, the year when members of the AfD were for the first time elected to the regional parliament. Despite a slight decrease, numbers remain high, reaching 75% of respondents describing the economic situation as good during the recent electoral cycle in 2019.

The poll appears to confirm earlier studies on the rise of the AfD in the region that found little correlation between citizens’ views on the economy and the vote for the populist radical right. In fact, scholars like Cas Mudde have described economic programs as marginal to the agenda of populist radical-right parties not only in Germany but across Europe. The poll also supports the conclusions of these same studies that point to angst toward cultural change as a more successful predictor of vote for the AfD.

Four years after the migrant crisis, immigration remains the top priority of AfD voters in both states, followed by security and crime, which some voters associate with the presence of migrants. The fear, nonetheless, is contradicted by the data. Since 2015, the former East German states received systematically fewer immigrants than their western counterparts, and while crimes committed by immigrants experienced an increase in the immediate aftermath of the migrant crisis, this increase occurred at a substantially lower proportion when compared to the number of migrants that entered the country. Besides, overall crime rates in Germany are currently at their lowest since the early 1990s.

The incongruencies between voters’ perception and the data available suggests, therefore, that the causes for the political divide between eastern and western Germany today might neither be explained by differences in material conditions nor by the specific circumstances related to the influx of migrants. Rather, they indicate the permanence of a “Mauer im Kopf”— a wall in the head — a phenomenon that has been discussed among scholars since the mid-1990s. It describes the distinction in attitudes and values which inform former East and West Germans’ perceptions about themselves and about the Other.

Despite acknowledging the improvement in the standard of living, citizens in the east still perceive themselves as second-class citizens in unified Germany. Levels of identification with the former GDR have also increased since reunification, and a sense of nostalgia for aspects of life under socialism appears to have survived after almost thirty years.

In states like Brandenburg and Saxony, the permanence of this symbolic barrier fueled in previous elections the favorable results of the Party of Democratic Socialism (PDS) and The Left (Die Linke), both successor parties to the Socialist Unity Party of Germany (SED), the ruling party of the former GDR. However, as dissatisfaction with the outcome of unification was fused with the anxiety produced by the massive inflow of immigrants, former East Germany became a fertile ground for the rise of the AfD. 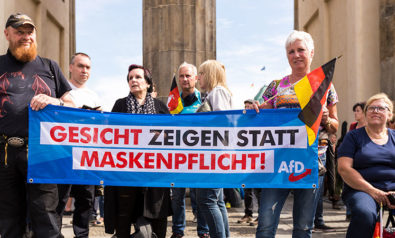 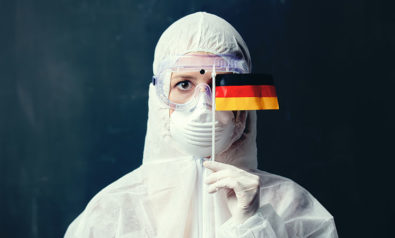