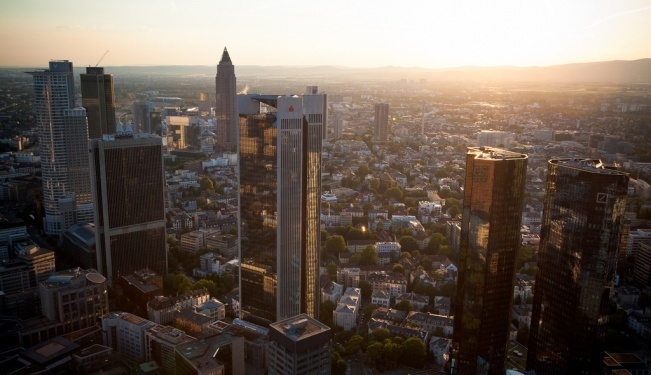 Europe is a continent which believes in balance of power.  In the past, when the balance of power was upset, there were wars.  The Spanish and French fought each other to dominate the continent, the Thirty Years War led to incredible destruction and, most recently, the Germans were beaten in the Second World War.  The last few decades have been a story of European institution building where European elites, horrified by the devastation of the two world wars and their loss of global dominance, sought to come together to retain relevance.  National interests were played out within the rubric of the great European project and a balance was attained.

The inauguration of the Euro marked a closer phase of European cooperation.  Whilst the Euro area is far from an optimal currency area, the new currency was heralded as a political project.  Again, the relative balance within the continent prevailed with most countries chugging along at unspectacular though steady rates of growth.  The recent crisis and the increasing relative strength of the German economy have thrown this balance into question.  The south of Europe is in deep trouble and seems to be increasingly uncompetitive while Germany, in contrast, continues to do well.  The balance of power seems to be changing again and both the Irish and Greek crises have led to a reemergence of fears about Germany.

Germany, meanwhile, has become more assertive in defending its interests.  It was only as late as 2006 when Germany hosted the FIFA World Cup that Germans began to even wave their national flags.  Furthermore, sixty-five years after the Second World War, the world has changed and a new generation of Germans no longer feels the same guilt or shame.  This means that German expectations are changing and so is their behavior.  At the same time, much of Europe has come to expect Germany to foot the bill for European integration and not expect much in return.  Such European expectations are increasingly being unmet, and the specter of German rise is yet again triggering new fears.

Since the Second World War, Germany has been an economic giant and a political pygmy.  A country that began the 20th century with great confidence found its spirit broken and its confidence sapped by 1945.  A hard fought unification under Bismarck’s leadership crowned by victory over France in 1871 was squandered by a Nazi leadership, which was bereft of any sense of proportion, reality or humanity.  Germany ended the war as a divided country and the frontline for the Cold War.  For decades, the Berlin Wall would not only be the stage for great political theater but also a living reminder of the hostility between two ideological systems competing for global dominance.

At the start of the 20th century, things looked very different.  Germany had mounted a strong challenge to British economic supremacy.  German industries were leading Europe technologically, and its universities began to focus on engineering while the British were still content to rely on individual tinkering.  Germany also began to mount a challenge on the naval front and even entered the race to acquire colonies.  Even defeat in the First World War and humiliation at Versailles did not totally knock out the Germans.  German universities continued to be outstanding.  In the 1920s and even the early 1930s they continued to lead in many fields, particularly chemistry.

Defeat in 1945 was absolute and total.  Germany was left saddled with guilt and crippled by shame.  Its self narrative was soiled and its spirit was broken.  While the British had a narrative of standing up to German bullies and fighting for freedom, the French had their myths of resistance and the Russians had their heroic tales of bravery, the Germans were left to wring their souls, wondering how the country of Kant and Goethe had turned into the country of Nuremberg and Auschwitz.

While the Germans wallowed in guilt, self-flagellation and shame, the French and British continued to be colonial powers while embracing their self-narrative of standing up to dictators and being the torch bearers of liberty.  They got permanent seats in the Security Council of the United Nations and retained a sense of global importance.  Germany even became ashamed to proclaim its national interest for fear of waking the ghosts of its past.  In a nutshell, Germany became a political pygmy, unable and unwilling to assert itself in the new global order.  It behaved as if it was on parole and had to display exemplary behavior.

After 1945, the Germans decided to craft a new identity.  That identity was centered on the creation of a strong economy and a generous welfare state.  It was based on frugality, low inflation and nurturing industry.  With the abiding memory of hyperinflation, it proceeded to create a strong currency and a highly competitive low-debt economy.  The new Germany wanted nothing to do with military adventures and gladly bankrolled the European project, which was led by France.

The collapse of the Berlin Wall and the end of the Cold War brought reunification.  Once the euphoria died down, Germany was left looking ahead to a painful decade and more, as it engaged in the Herculean task of rebuilding the dilapidated and decrepit East Germany.  Mistakes made by importing West German rigid labor markets to the East, which was at a very different stage of economic development, only led to industry fleeing to countries like Poland, Czech Republic and Slovakia instead of setting up shop in the East.  It is only in the last few years that certain parts of the East, such as Leipzig, are starting to perk up.  The German economy has its problems but it has turned the corner and the costs of reunification are no longer the drag they once used to be.

In 2011, Germany is finally beginning to exorcise some of the ghosts of its past.  A new generation has grown up without the same level of guilt and shame.  The relative strength of the German economy is increasing within Europe as Britain’s finance-centered economy has sputtered and France pursues minor reforms after much strife.  Nearly 50% of the EU’s exports to China now come from Germany.  German companies like Siemens are also active in India, bidding for big engineering and infrastructure projects.  German political confidence is also increasing and German voters no longer want to pay for the rest of Europe’s expensive dinners.  Germany is increasingly ready to play a role more commensurate with its economic stature.

In 2011, Europe is losing economic and demographic bulk relative to China, India and Brazil.  The southern rim faces huge competitive challenges.  Not only do PIIGS – Portugal, Ireland, Italy, Greece and Spain – not have the cost advantage; they also lack the skills and technological advantage.  There are long-term challenges for the future of European prosperity in the light of aging populations, burgeoning pensions, low birth rates, sclerotic labor markets, excessive regulation and poor education, which leads to a low skilled workforce.

In short, there is a distinct rupture in Europe.  Germany, for all its problems with immigration, rigid labor markets and over-regulation, has the famed Mittelstand, the small and medium sized enterprises, which produce and export world class goods.  Other parts of Europe are in crisis as they deal with huge debts, uncompetitive economies and political strife.  Their expectations of unconditional German bailouts have been dashed, and they are unsettled by Germany's new assertiveness.

In the future, Europe and Germany will have to work to bridge three emerging chasms.  First, they will have to manage the expectations they have of each other.  Europe will have to accept that Germany will no longer simply foot the bill and, if asked to, will do so on its own terms.  Fundamentally, Europe will have to get used to a more powerful Germany, one that definitely will want to be a first among equals, if not the dominant continental power.  Second, the clash between Europe and Germany over economic policy will need to be resolved delicately.  Countries like Greece and Ireland want Germany to show more understanding, empathy and patience.  Germany, on the other hand, has forged a new post-war identity based on fiscal prudence and monetary stability.  It made a huge leap of faith in giving up the strong Deutsche Mark for the Euro.  It, therefore, expects countries like Greece and Ireland to live a little more austerely.  For the Euro to thrive and indeed survive, and for Europe to do well as an economic unit, this fundamental clash over fiscal and monetary policy will have to be addressed.  Finally, Europe will have to get used to the fact that in the coming years, European leadership will be more Germano-French instead of Franco-German.  This means that Europeans, especially the French, will have to give way a lot more to Berlin than they have been used to doing in the recent past.

The years since 1945 have been an aberration in many ways.  Germany suffered total defeat, the burden of guilt and a loss of confidence.  It did not mind the cognitive dissonance between its economic and political power, and was happy to play a subordinate role.  In a fast-changing world with increased economic competition, a single European currency and the relative decline of other European economies, it will demand its rightful seat at the political table.  Europe will have to come to terms with what Margaret Thatcher observed presciently, “we have beaten the Germans twice and now they’re back.” 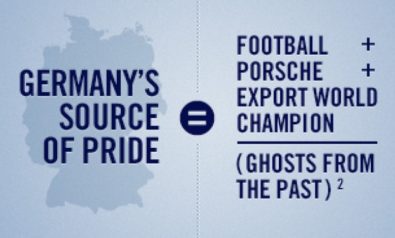