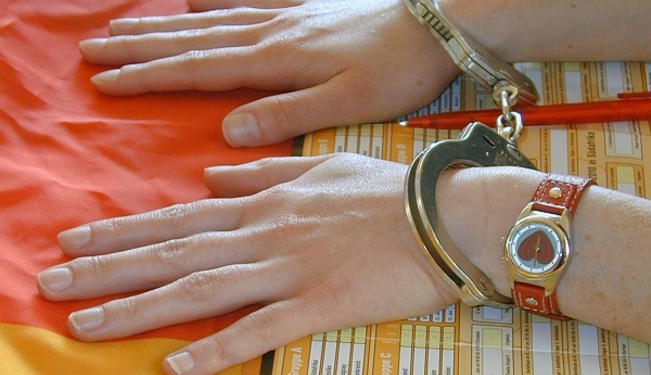 Gunnar Beck believes that Germany’s guilt complex and short-term reasoning will lead her to continue defending the euro, while Chancellor Merkel’s policies show that Germany has still not become a properly sovereign and democratic nation yet.

‘If the euro fails, Europe fails.’ German Chancellor Merkel’s words hearken back to Helmut Kohl’s statement that ‘European integration is the other side of the coin of German reunification.’  These questionable assertions can be explained by Germany’s historical guilt complex and the triumph of short-term calculus over long-term evaluation which is symptomatic of Western democracies. They are leading Merkel to defend the euro to the hilt – to her own peril, that of her country, and that of the euro itself.

There are many reasons which may persuade Merkel why she should defend rather than abandon the euro now.

First, Chancellor Merkel, like Kohl, her predecessor, and indeed almost any mainstream German post-war politician outside Bavaria, is a convinced pro-European and pro-integrationist.

Secondly, Merkel knows that after pledging somewhere between half and one trillion euros to save the single currency – a sum which ignores further liabilities which may arise from some countries leaving the euro, additional leverage of the rescue fund and the TARGET2 claims by the Bundesbank – a sudden reversal of policy would pose obvious questions.  She would have to explain a one trillion euro mistake, and would be criticised in the press and by the Europhile opposition for having done too little too late. She could probably rely on majority electoral support, but that may not be enough to shield her against unprecedented foreign and domestic political and media criticism.

Thirdly, the German political establishment has been committed to ever-closer EU integration for the last six decades, ever since West Germany became a state in 1949. The euro is part of that integration process. By pulling the plug on the euro, Merkel would go down in history as an irresponsible and dangerous nationalist who placed narrow self-interest over wider responsibilities, turned her back on six decades of consensus–based integration politics, and plunged Europe into a long recession. She would get no credit for having had the courage to avert a foreseeable, much greater calamity. By contrast, even if things go badly wrong, Merkel would still get credit – at home and especially abroad – for having done ‘the right thing’ in accepting Germany’s everlasting historical responsibility, whatever Germany’s expense.

Fourthly, the euro crisis no longer affords of any cost free options. At the start, Germany could have refused to bail out Greece and Ireland, as a result suffering a contraction of some export markets and forcing the Bundesbank to write off claims on other central banks. But today, a German refusal to participate in more bailouts would cascade to Spanish and Italian banks. Thus, Germany will continue granting loans and guarantees she cannot afford with the expectation of spreading losses out indefinitely through inflation. The cost of a bail out will amount to dozens of billions of euros a year and the German public will over time see their savings devalued by a few per cent each year, but because it can be spread out and does not hit everyone at once it will not appear as catastrophic to the electorate as would a sudden write-off and euro collapse.

Fifthly, few people and politicians have the strength to admit and correct an error. And German politicians are amongst the worst at realising when the time has come to cut one’s losses. That was true in both world wars, and it oddly remains true now.  Ms. Merkel was able to change her mind on nuclear energy because, although broadly supportive, she and her party never embraced France’s unqualified commitment to nuclear power. She cannot do the same with the euro as she committed herself early on, linked the euro rescue to the integrationist cause long ago, and has been whipping aid packages through parliament for the last two years. To pull out now would be to admit a colossal error, which makes it politically infeasible.

Sixthly, there is no Eurosceptic politician of note in Germany despite occasional reservations expressed by the leaders of CSU, the Bavarian wing of the ruling CDU led by Merkel. Both the Greens and the opposition SPD have criticised Merkel for not doing more, and both parties were advocating Eurobonds and the mutualisation of all Eurozone government debt well over a year ago. The leader of the Greens, Jürgen Trittin,even demands a banking licence for the ESM, unlimited use of the printing press, and a bail-out for all European banks. If the current government were to be replaced by an SPD-Green coalition at the next election or before, the result would more euro-support in Germany. Secure in this knowledge, Merkel can continue presenting herself as Germany’s toughest negotiator, who insists on strict assurances of tighter budgetary discipline in return for any German money – even if such assurances and promises are unenforceable.

Seventhly, politicians in Western Europe nowadays spend much more time with each and other political leaders than with anyone else except perhaps their own family and inner domestic political circle. German politicians, more so than others, desperately want to be liked when they go abroad. Their pathetic attempt to be ‘likeable’ has resulted in the regular grant of transfer payments, aid and financial handouts to countries within the EU and beyond.

Eightly, only half of all German MPs have a constituency; the other half enters the Bundestag through their party’s list system. If an MP votes against the government, he is unlikely to be offered a list place at the next election, and if he does so more than once or twice then there are ways of ensuring that his constituency will deselect the sitting MP. Meanwhile, the party leadership rewards loyalty and obedience when awarding promotions, ministerial posts, and other lucrative or prestigious appointment. Little wonder, then, that for the last three decades there has been no noteworthy parliamentary rebellion against a German government.

Ninthly, appeal to Germany’s special historical responsibility is a political device by no means restricted to foreign political leaders and the press. It is invoked just as frequently by mainstream German politicians against political and other critics, and all the more readily when all other arguments run out.

Finally, Germany, like most other Western states, suffers from an oppressive climate of political correctness. In Germany, ever closer EU integration is part of the agenda of political correctness – that package of bien pensant beliefs not shared by majority opinion but propagated and imposed by government, the media, NGO’s and other bodies on the population as a whole.

Earlier this summer I published an article in which I expressed doubt that Germany had profited from the euro economically. I was surprised at the resonance and even received a phone call from one of the two large German TV channels. We quickly agreed terms, time, and venue; suddenly the TV journalist stopped and said: ‘Oh, you are not in favour of Eurobonds, but we need a German speaker from abroad who tells our viewers how much we all need Eurobonds.’ For one thing, no one had read my article.

None of these factors have anything to do with economics, and they certainly do not suggest why it is in Germany’s interest to save the euro. What they do instead is to foster and sustain a political climate within the German political establishment in which it is taken for granted that, seventy years after World War II, Germany still has a special responsibility, and where even now it verges on the politically incorrect to doubt the rationale for ever larger euro bailouts. In such circumstances, it is as good as unthinkable for a Chancellor who is a committed EU integrationist, and has already committed hundreds of billions to the euro rescue, to go into reverse gear and cut her losses now.

If Merkel is lucky, she can kick the crisis along and into the long grass, and the euro will bump along, whilst the true consequences of a transfer union may not become clear to ordinary Germans and will be obscured by inflation for several years. And if in the end the euro does not survive and Germany will once again be presented with a bill for a disastrous error of judgement, she can still say that she tried her best, accepted Germany’s special responsibility, and that any other German politician would have done the same. On the other hand, if she pulls out now, there is every indication that she will blamed for the ensuing economic upheaval and for deserting her ‘partners’ in the hour of need. In these circumstances she may yet rely on the support of the German people, but she would become an international pariah. No German politician, not even one of Ms. Merkel’s integrity, has the fortitude to withstand diplomatic isolation for the sake of averting long-term economic disaster for Germany.

Seventy years after the end of WWII Germany, it appears, has not yet regained the freedom to pursue her own national interests in accordance with majority opinion and subject to international law. Nor has the country become properly democratic, in as much as the government does not trust the German people to decide the very basic questions governing their economic and political future.