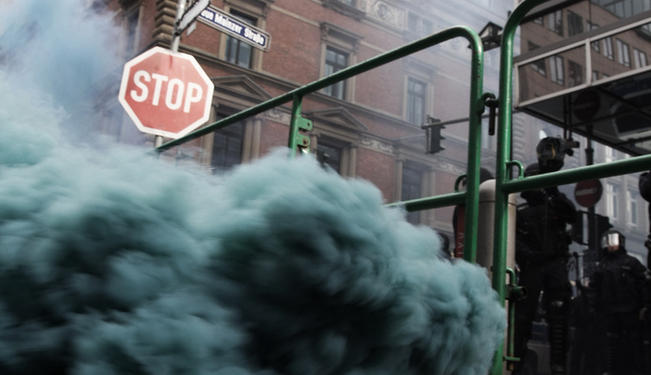 As I predicted in the Wall Street Journal in July,the German Constitutional Court last week deferred to the German government and approved the European Stability Mechanism (ESM) Treaty subject to minor qualifications. Since the passing of the judgment, markets and politicians throughout the euro zone have been in a jubilant mood. Even the German ambassador in London let down his guard when, in an interview with The Guardian newspaper, he boasted that there was no other country in the world where‘all but one political party’ would consistently vote to pay ‘out billions and billions’ on euro rescue packages which are ‘not very popular’, and, he should have added, would cost the German taxpayer hundreds of billions even in the unlikely event that the bailouts ‘succeeded’.  Germany’s europhile political establishment has not only ‘quit reason’; it may also have rejoiced a touch too early.

In a speech marking a Bundesbank colloquium on ‘paper money, state financing and inflation’ as part of Frankfurt’s week of celebration commemorating Goethe’s death in 1832, Bundesbank President Weidmann renewed his attack on the European Central Bank’s (ECB’s) unlimited bond buying programme. In a carefully worded allusion to the former Goldman Sachs ECB chief, Weidmann reminded his audience of Mephistopheles’ eager administrations to the bankrupt Holy Roman Emperor in Goethe’s Faust Part II: ‘What thou asketh, my Lord, I shall procure, and procure I shall much more thou asketh.’  Weidmann is no foolhardy academic:  After he gave his address it was revealed that capital required by Spain and other euro zone countries had reached unprecedent levels. And he can take comfort not just from Goethe, but also from some as yet unnoticed passages from the Constitutional Court’s judgment.

With its ESM judgment, the Court abandoned its long-established position that there were certain core areas of national sovereignty which required that the Bundestag – the German Parliament – retained its budgetary autonomy. Now nothing seems non-negotiable. While the Court ruled that Germany’s liability under the ESM was initially limited to 190bn euros, it also declared that unlimited liability was not (!) incompatible with Germany’s budgetary autonomy provided that the Bundestag itself authorises every move in that direction. Germany’s annual federal budget in 2011 amounted to €306bn. Germany’s overall exposure in the euro crisis including the ESM is approaching, and could soon exceed, one trillion euros, i.e. three times that amount. None of that, the Court said, would seriously diminish Germany’s financial room for manoeuvre.

All that now stands between Germany and debt mutualisation are her 620 Members of Parliament (MPs). Unfortunately, few of them would put economic pragmatism and national interest above party or personal ambition. Only half of all German MPs have a constituency. The other half enters the Bundestag through their party's list system. If an MP votes against the government, the prospect of a comfortable place on the party list disappears quickly. For those who seek advancement and ministerial position, the party leadership only offers preferment in return for loyalty and obedience. Little wonder then, that for the last three decades there has been no noteworthy parliamentary rebellion against a German government.

The Court’s decision regarding the ESM was widely expected. However, the poverty of its reasoning was not. Ultimately what may be of greater importance though might be neither the judgment nor the reasoning but a little noticed passage buried deep within the technical part of the judgment in paragraph 278. Peter Gauweiler, one of the few German MPs with an independent mind, who is sceptical of Germany’s European mission, had asked the Court to review the ECB’s bond buying plans. Gauweiler hit a nerve. In paragraph 278, the Court observed that borrowing by the ESM from the European Central Bank, alone or in connection with the depositing of government bonds, would be incompatible with the prohibition of monetary financing in Article 123 TFEU (Treaty on the Functioning of the EU). The Court also declared that the prohibition applied equally to the direct acquisition of government bonds by the ECB and ECB bond purchases on the secondary market or via intermediaries whenever such purchases were aimed at financing governments independently of the capital markets. Although the remarks are not part of the decision itself, the Court appears to be saying nothing less than that ECB President Draghi(avelli)’s bond buying programme is unlawful, both under EU law and the German Constitution.

There is no question that the Constitutional Court has jurisdiction to prohibit the ECB’s bond-buying – it has always maintained that it could, where need be, review EU laws and act for compliance with Germany’s Basic Law. ECB critics, however, would be ill advised to place too much hope in the Constitutional Court. The ECB will continue buying bonds until told not to by the European Court of Justice or by Chancellor Merkel. All the German Court could have done, was to instruct the German government not to underwrite the ECB’s balance sheet in the event that its capital is wiped out due to junk bond purchases, or to forbid the Bundesbank to buy bonds for the ECB. Neither will happen. The Court has a history of asserting the German Constitution in principle, but submitting to the German government and EU in practice. And on further EU integration, it has often barked, but invariably failed to bite. It will refuse to bite again if it were asked expressly to rule against the ECB for two reasons: the ECB will create a fait accompli, and the Court is not independent.

It is a little known fact that all constitutional judges are appointed on the recommendation of the mainstream political parties which remain integrationist despite popular opposition to further bail-outs. The leading German business daily Handelsblatt further notes that Court President Voßkuhle has gone on record in calling for the restriction of constitutional complaints by individual applicants. It also reports that he retains his chair at Freiburg University and is a member of the governing body of the university foundation’s governing council – together with finance minister Schäuble and EU Commission President Barroso with whom he has shared a close working relationship. The Guardian has revealed that there ‘have been strong suggestions of at least one high-level meeting between the government and the court’ including ‘speculation that the two bodies might have worked closely on a face-saving solution.’ The author himself can confirm these reports. These reached him from various independent and well-informed sources. All of this suggests that the judgment had been ‘agreed’ before 22 August when most of the judges departed for a holiday after their hard work on behalf of the government. As the Süddeutsche Zeitung revealed on 7 September, even the contents of the judgment were known in Berlin and even to foreign political leaders and investment bankers well in advance. Sadly, constitutional law in Germany has declined to become a mere normative justification of government policy.

There is no doubt that the Court will not rule against the ECB unless the German government wants it to. However, its passing critical comment on the ECB’s plans has not gone unnoticed within the Christian Social Union, a junior partner of Merkel’s ruling coalition. It also strengthens the position of Bundesbank President Weidman. Continued opposition by Weidmann may eventually force Merkel to choose between Draghi and Weidmann. The lack of politically acceptable alternatives together with the short-term attraction of recourse to the printing press in a low-growth environment would suggest that Merkel might now be ‘wedded’ to Draghiavelli just as the Emperor and Faust sold themselves to Mephisto for money and love.

Weidmann is fast becoming the most popular protagonist in the euro crisis in Germany. If he cannot be silenced by his Empress nor inveigled into complicity by his Goldman central banker, then perhaps even the pliable German public may finally awaken from its dogmatic euro-slumber.