In mid-July 2014, in his maiden policy speech at the European Parliament as president-elect of the European Commission, Jean-Claude Juncker promised to create a European “Capital Markets Union.” As he explained it: “To improve the financing of our economy, we should further develop and integrate capital markets. This would cut the cost of raising capital, notably for SMEs, and help reduce our very high dependence on bank funding.”

Following up on this promise, Jonathan Hill, a Brit appointed last year by Juncker as European commissioner for Financial Stability, Financial Services and Capital Markets Union, announced on September 30 an action plan over how to transform this vision into reality. The plan includes more favorable frameworks for loan securitization and insurers’ investment in infrastructure projects; the start of consultations on the markets for venture capital and covered bonds and the cumulative impact of past European Union (EU) regulatory decisions; and many more reviews and reports to be produced by the European Commission in the years ahead.

There is much to be commended in this document. It strikes a sound rhetorical balance that has often escaped the European Commission in the past between, on the one hand, the need to develop financial services as indispensable fuel for the European economy, and on the other hand, the imperative to ensure proper financial sector regulation. The diagnosis that EU capital markets are underdeveloped, and that less dominance of banks in the system would be good both for growth and for stability, is important and well-taken. Many of the specific initiatives appear reasonable, even though the devil will be in the details as usual in such matters.

Nevertheless, there is a great contrast between the high level of ambition signaled by the very language of Capital Markets Union—with its echoes of Banking Union, the distinct and radical initiative being rolled out in euro area countries since mid-2012—and the incremental nature of the action plan, which mostly boils down to pruning existing rules and correcting some of the recent regulatory overreach. This is the normal business of the European Commission’s arm that deals with financial regulation (whose name was recently changed from DG MARKT to DG FISMA), as defined in the late 1990s by then-Commissioner Mario Monti if not earlier.

Such fine-tuning work is important and useful, but not likely to trigger a qualitative change in the structure of European capital markets, irrespective of any aspirational rhetoric that comes with it. Potentially the plan’s most significant initiative, a piece of EU legislation to harmonize insolvency law whose initial version will be published by the European Commission in late 2016, is left undefined and could well end up being unimportant. Major obstacles to capital markets integration remain untouched, including divergent accounting enforcement regimes, fragmented market infrastructure or incompatible frameworks for the taxation of financial investments.

Why this apparent lack of ambition? Part of it may be related to special interests that have much to lose from capital markets union. Some segments of the EU banking industry, and protected financial market infrastructure “national champions” in some member states, have made it clear that they didn’t view it as a good idea altogether. But the European Commission has a track record of being able to overcome such special pleading. There are also ideological obstacles, especially in countries where anti-capitalist and anti-market rhetoric has broad public appeal such as France or Italy. But this explanation is also insufficient.

Actually, the European Commission has been appropriately unapologetic about its market-based vision. Its announcements have spurred healthy national debates, and may contribute to attitudes gradually evolving toward a better understanding of the economic case for capital markets. Even if this happens, however, it won’t be enough to trumpet mission accomplished. Ultimately, the European Commission’s mission is about public policymaking, not just public advocacy.

A more convincing explanation for the plan’s underwhelming content is the European Commission’s self-imposed restraint on any change in the institutional architecture. Commissioner Hill and DG FISMA officials insist that any discussion of institutional reform would be an unwelcome and ultimately pointless distraction from the policy substance at stake.

Brussels-watchers will note a divergence between this view and that of President Juncker as expressed in the so-called Five Presidents’ Report last June, which argued that the capital markets union “should lead ultimately to a single European capital markets supervisor.” More importantly, it is highly debatable on grounds of substance: As practitioners know, having to deal with different regulators in different countries creates duplication, inconsistencies and ultimately barriers to seamlessly integrated cross-border business.

The commission may be motivated by a general caution about preserving the turf of Europe’s myriad national financial authorities (51 of them, only looking at membership of the three European Supervisory Authorities and not including non-EU participating members of the European Economic Area).

But the EU has been able in the recent past to create central agencies with bite when needed. For example, the Banking Union’s supervisory arm hosted by the European Central Bank, known as the Single Supervisory Mechanism (SSM), and Single Resolution Board (SRB), a new agency in Brussels; or Frontex, the Warsaw-based agency that coordinates border guards for countries including all those in Europe’s Schengen area of free movement of individuals. 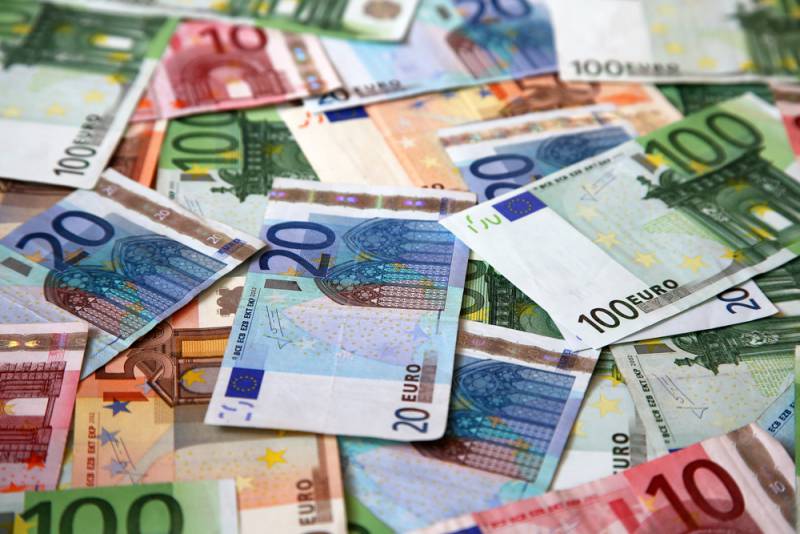 These examples, however, also illustrate the limits of European institution-building. The SSM’s creation only came under extreme duress when it was seen as the only way to prevent a break-up of the euro area in mid-2012. The SRB and Frontex need to coexist awkwardly with national agencies that retain much autonomy.

Last but not least, these cases hint at the specific position of the United Kingdom, which is a participant in neither the Banking Union nor Schengen. Commissioner Hill insists that its capital markets union should include the UK, and he is right on this. London is the undisputable hub of Europe’s capital markets, and an integration project that would leave it aside would entail a much more serious risk of creating a harmful fault line inside the European Union than is the case with banking.

But the acute British sensitivity about any form of executive centralization, currently exacerbated by the prospect of a UK referendum on EU membership in 2016 or 2017, results in a refusal to consider any joint enforcement or supervision, even in ostensibly non-political areas such as accounting enforcement or audit oversight.

In the short-term, there is a solid case for the European Commission not to go against this effective UK veto over any meaningful change in the architecture of European financial regulatory institutions. The referendum creates a material risk of the United Kingdom leaving the European Union, which can reasonably be seen as severely detrimental for both.

In this context, any initiative that may fan the flames of anti-EU passion across the Channel must be toned down or outright shelved. But therein also lies a great irony. While all member states would gain from a genuine capital markets union, Britain would gain disproportionately. In most other member states, non-financial enterprises would unambiguously benefit through better access to finance, but the impact on the domestic financial sector could be neutral or even negative given the additional competitive pressure. By contrast, the City of London and other parts of the UK financial services industry are almost sure to gain from more development and integration of Europe’s capital markets, given their entrenched comparative advantage in financial intermediation—assuming that the UK remains in the EU.

This observation can be extended beyond the debate about capital markets and financial services regulation. The traditional view of Europe’s single market project, perhaps best embodied in the Single European Act of February 1986, was all about harmonizing product standards. In markets for goods and unregulated services, this is sufficient to eliminate cross-border barriers, because the enforcement of standards is sufficiently straightforward to be left to a decentralized network of public authorities and courts.

However, in regulated service sectors such as finance, enforcement functions (which include licensing, authorizations and supervision) generally involve judgment and discretion to a considerable extent. In such sectors, leaving these functions exclusively or mainly to the national level inevitably results in cross-border fragmentation, while pooling them at the European level is a necessary (though not always sufficient) condition for cross-border integration.

National authorities typically don’t trust each other, defend their territorial prerogatives and are often motivated to defend or promote their respective national champions. For that reason, “passporting” or mutual-recognition frameworks are often not complied with, as authorities find ways to add national requirements or oversight to participants that have been authorized in third countries. In short, for such sectors, a single market worthy of its name will remain elusive as long as regulatory enforcement remains primarily at the national level.

As it happens, regulated services are also increasingly important for Europe’s growth and also for its economic and social resilience. Witness Juncker’s flagship structural reform projects which, alongside with the capital markets union, also include an “Energy Union” and a “Digital Single Market”—also focused on regulated services sectors and raising similar trade-offs about European versus national administrative authority.

While the “old” single market in goods and unregulated services was satisfactorily addressed through standards harmonization, the new single market challenge is all about regulatory enforcement institutions. Denial of this stark reality is widespread in Europe, not least in the UK itself. Such denial may be politically expedient but is analytically unhelpful, and stands ultimately at odds with the proclaimed commitment to a European single market. A clear-sighted public debate about this challenge may be delayed until after the UK referendum, but not indefinitely.