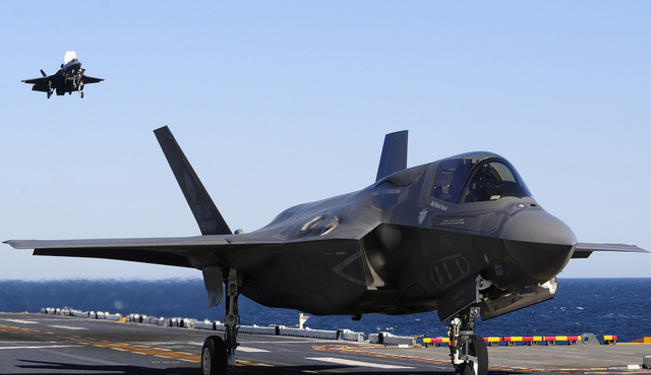 Europe’s combat aircraft manufacturers, in losing a potential sale to Japan, could see their future sales to Asia evaporate completely. This could leave the United States in an unassailable position as the world’s predominant fighter aircraft producer.

This order was the latest in a string of losses for the leading European fighter aircraft programmes, the Eurofighter Typhoon, and the French Rafale. If these programmes do not secure an export order soon, it could be the end of their chance to sell to one of the world’s most lucrative arms markets: Asia.

The Typhoon was co-developed and is being jointly manufactured by four European countries—the United Kingdom, Germany, Italy, and Spain. The Rafale is solely produced by Dassault of France. Both planes are mainly produced for their countries’ respective air forces, but exports were always anticipated as a means to make these very expensive aircraft profitable. So far, however, the Typhoon has chalked up only two export customers—72 aircraft to Saudi Arabia and 18 to Austria—while the Rafale has failed to secure any overseas sales. Most recently, the Rafale lost a big potential deal to the United Arab Emirates (UAE).

Asia has been a particularly frustrating market for them, especially in the light of successes by competing fighter aircraft manufacturers. Over the past decade, Russia has sold hundreds of Sukhoi Su-27s and Su-30s to India, Indonesia, Malaysia, and Vietnam. The United States has taken away potential European sales to South Korea and Singapore: in both cases, the F-15 fighter (a much older aircraft, at least in terms of its original design) won out over the Typhoon and Rafale. Even the Swedes have had more success in Asia, securing orders for 12 of its Gripen fighter jets to Thailand (Sweden also recently closed a deal for 22 Gripens).

It is the JSF, however, that offers the greatest long-term challenge to the European fighter aircraft manufacturers. The F-35 is one of only two fifth-generation fighters currently in existence—the F-22 Raptor being the other—and it is the only one available for foreign customers (the US Congress refuses to permit the F-22 to be exported). No other combat aircraft on the international market approaches the JSF in terms of technology, particularly in stealth and avionics (i.e., radar and other onboard sensors). It is simply in a class by itself and represents a life-or-death threat to its European competitors.

A multinational development and production programme, the F-35 has 11 partnering nations, led by the US. Many of these countries—the US, the United Kingdom, Israel, Norway, the Netherlands, Canada, and Australia—have already announced their intention to buy the JSF, while the others—Singapore, Turkey, Denmark, and Italy—are likely to place orders within the next few years. Singapore, for example, could acquire up to 100 JSFs.

The Japan deal is the first F-35 sale outside the 11 JSF partnering countries, however, and it could signal the start of a major buying spree of F-35s by other air forces, to the detriment of the Typhoon and Rafale. South Korea is a potential customer for the JSF, as an alternative to costly and potentially disastrous dreams of developing its own fifth-generation fighter.

More critically, the JSF could snatch a major deal away from the Europeans to sell 126 new fighter jets to India. In April 2011, after years of testing and evaluation, New Delhi shortlisted the Typhoon and the Rafale, eliminating the US F-16 and F-18 fighters. The US countered with an offer to sell the F-35 to the Indians, including possibly the short-takeoff version to operate off Indian aircraft carriers. If successful, it would perhaps be the deathblow to European fighter sales to Asia.

Compounding the Europeans’ dilemma is the fact that they have no follow-on fighter jet programme in the works now to compete with the JSF. The Typhoon and Rafale (and the Gripen, for that matter) were all initiated in the early 1980s; consequently, these designs are approaching their replacement dates. At present, however, there is simply no money in the European aerospace sector to fund a fifth-generation fighter like the F-35. Moreover, talk about a European UCAV (an unmanned combat aerial vehicle), which could constitute the region’s next-generation fighter programme, remains just that—talk.

Consequently, the Europeans (including the Russians, who have made little progress so far in developing a fifth-generation fighter) could, through inaction, be ceding the future global fighter business to the US. The F-35 is likely to dominate this market for the next 20 years. This, in turn, could leave the US in an unassailable position as the world’s predominant fighter aircraft producer.

Richard A. Bitzinger is a Senior Fellow with the Military Transformations Programme at the S. Rajaratnam School of International Studies (RSIS), Nanyang Technological University. Formerly with the RAND Corp. and the Defence Budget Project, he has been writing on aerospace and defence issues for more than 20 years.

*[This article was originally published by RSIS on December 22, 2011]. 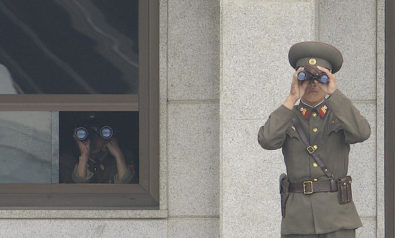