The notion of a stronger European security framework is gaining momentum again. While the history of the Common Security and Defence Policy (CSDP) goes back to the Western European Union, more recent initiatives include 11 member states calling for a new defense policy and a more majority-based decision-making procedure to be put in place on defense matters to prevent individual members obstructing initiatives through their veto power.

Recently, doubts about the United States’ willingness to defend the European continent if needed have arisen when President Donald Trump has publicly questioned the relevance of NATO, Europe’s financial contributions to the alliance and the fact that American soldiers have to sacrifice their lives in NATO missions.

In the meantime, external security threats — for instance related to Russia — are causing concerns among many European states. With the historical ability to rely on US support now in question, European leaders are rethinking regional military capabilities and know-how. Many have doubts that the EU is able to defend itself against an unforeseen attack in the potential absence of fulfilling the Article 5 guarantees of the North Atlantic Treaty.

Defense and security are a complex issue to discuss when it comes to the EU. The union is made up of 28 member states (pending Britain’s exit), with institutions on both EU as well as national levels. Security and defense related decisions are up to each member state, which reflects on how developed national military capabilities are or how high defense expenditure across the member states is. Although many among the allies have increased their defense spending in the past years, currently just six European Union countries are meeting the NATO requirement of 2% or more of national GDP. It is fair to say that there has been development on a national level, but there is more to be done.

According to official estimates, member states’ defense spending amounts to more than €200 billion ($224 billion), while their armed forces amount to 1.4 million soldiers. Due to lack of coordination and cooperation, duplications and fragmentations are unavoidable, while the effectiveness of spending has also been questioned. New EU-level initiatives aim to overcome such problems and allow for better coordination and cooperation on defense matters.

The idea of a European Defence Fund was announced by the president of the European Commission at the time, Jean-Claude Juncker, in 2016, and although it is still subject to further approval during the upcoming negotiations concerning the 2021-27 EU budget, a partial agreement on the fund was already adopted by the European Parliament in April, amounting to €11.5 billion (in 2018 prices). The fund, together with the Permanent Structured Cooperation (PESCO), will allow member states to cooperate on defense projects and develop capabilities or invest in shared projects.

When it comes to matters related to security, decisions are either taken unanimously on the EU level or left entirely to individual member states. In such decision-making procedures, countries skeptical of deeper European defense cooperation or those fearing potential decoupling, discrimination or duplication of existing efforts by NATO, have the opportunity to intervene. The UK has used its veto power over the past years when it came to key security questions. However, Britain is set to leave the EU, possibly as early as October, which will ultimately have an impact on European security matters.

A Window of Opportunity

Brexit creates challenges as well as opportunities for the European security landscape. The UK is arguably the strongest military power in the bloc, and its loss will be reflected on the EU’s total military capability. However, the focus should not be primarily on what capabilities and know-how the country has, but how much it is willing to contribute. The reality is that Britain’s personnel contribution to CSDP missions has been rather small compared to the fact that it has the largest defense budget in the EU, reaching the 2% target.

The UK contributes 2.3% of total member state personnel across missions, but it plays a more significant role when it comes to intelligence sharing, providing expertise and equipment, as well as financial contributions to the EU budget.

Just like a coin has two sides, so does Brexit. The UK’s departure means the exit of an influential but skeptical country and so an opportunity for those who wish to do more on security. For instance, Britain vetoed the creation of the European Operational Headquarters in 2011, opposed to increase the European Defence Agency’s budget on a number of occasions, and opposed the creation of a single European army. Now, pro-integration countries such as France and Germany have a chance to establish a more united Europe and aim for consensus in areas where cooperation has so far been elusive.

Moreover, apart from Britain, France is the only European country with a nuclear deterrent, and while losing the UK has an ultimate impact on Europe’s deterrence capabilities, it gives a potential opportunity to France to emerge as a leader on security issues.

Perhaps it is not a coincidence that key security initiatives came shortly after Britain’s 2016 EU referendum. In 2017, Germany and France announced the development of common capabilities to strengthen the EU as a European Security Union. Apart from the announcement of the EU’s Global Strategy in 2016 calling on the EU to become a global security actor, concrete initiatives include the launch of PESCO and the European Defence Fund, the Coordinated Annual Review on Defence and the European Defence Industrial Development Programme. For example, PESCO was agreed upon in December 2017, with the exception of only Malta, Denmark and the UK.

Germany is a strong proponent of doing security cooperation and ensuring that Europe speaks with one voice. German Chancellor Angela Merkel has pointed out that the unanimity that applies to security and defense issues should not apply to every security decision. On the other hand, differences in strategic culture and approaches to integration are already visible between the two countries, while domestic political uncertainties further obfuscate future cooperation opportunities.

The reality is that in the absence of strong supranational institutions, domestic politics will continue to impede EU integration in the long run. Nevertheless, new initiatives on funding, institutionalization or cooperation structures can only succeed with the support of other member states outside of the French-German nexus.

There is no doubt that doing more on security has been challenging. Potential legal complications arise when it comes to talks on deployment of a common army. This initiative depends on the strategic culture and the different regulation frameworks of member states. For example, while in France the president’s approval is required for troop deployment, in Germany it is up to parliament. Moreover, defense and security related information is sensitive and often classified, so increasing sharing channels is not favored by many for a reason.

Every region and each country has different strategic priorities, and the size of defense budgets varies. There is no question that the future of European security also depends on how much member states are willing to spend on defense. It is a good sign that, for instance, Germany’s downward trend was reversed, from 1.18% in 2015 to 1.23% in 2018.

It is fair to conclude that many countries recognize the rising threat from Russia and have concerns about the future of the continent’s safety in light of recent political developments in the US. The questions on Europe being able to defend itself and the frustration over individual member states’ weakness compared to global actors like China or the US are being discussed. With Brexit looming large and transatlantic relations strained, Europe has a window of opportunity to do more on security. The question remains as to what extent member states will be able to overcome their differences to reach a common goal.

The European Commission support for the production of this publication does not constitute an endorsement of the content, which reflects the views only of the authors, and the commission cannot be held responsible for any use which may be made of the information contained therein.] 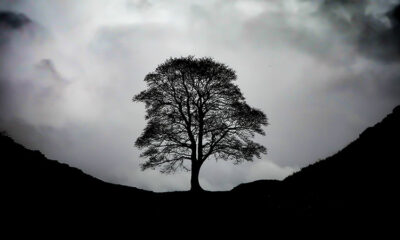