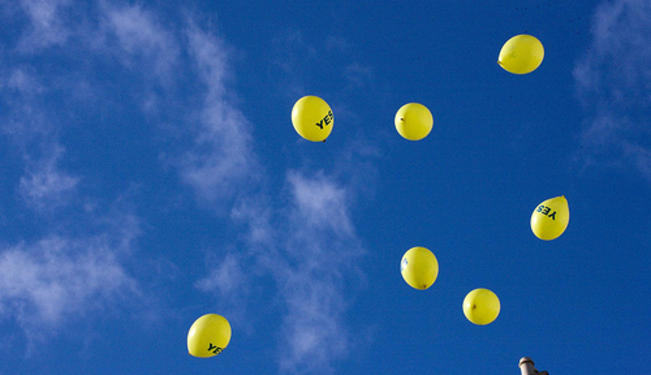 An analysis of EU institutional mismatches at the core of the current phase of the crisis.

“I guess you guys have to be creative here,” United States President Barack Obama told German Chancellor Angela Merkel at the Cannes Summit on November 4. This is an apt tagline for the current moment in the eurozone crisis. The European Union needs to radically change its ways, or it may not survive. Beyond the headlines about Greece and Italy, the central problem is a crisis of decision-making at the European level. At no point since early 2010 has the contagion ever been seriously contained. This is an astounding policy failure, almost universally seen as such from outside Europe. Blaming the individuals would be unfair. Europe’s leaders may not be heroes but— from a historic or international perspective —most are reasonably competent, dedicated and honest. The problem lies not in them, but in the institutions.

At the core of Europe’s predicament is an obvious mismatch: the key decision-makers at the European level are leaders whose accountability derives exclusively from national electorates. Most have no mandate to work for the common European good. The European Commission is mostly powerless, except in specific areas of autonomy such as trade and competition policy. The European Central Bank (ECB) is a truly federal institution but its scope of action is limited, and rightly so. In the areas of fiscal and banking policy that have been made crucial by monetary union, there is no European executive branch.

Awareness of the mismatch leads to partial fixes such as leadership of the “French-German couple” or the more recent “Frankfurt Group” (José Manuel Barroso and Olli Rehn of the European Commission, Mario Draghi of the ECB, Jean-Claude Juncker of the Euro Group, Christine Lagarde of the International Monetary Fund, Angela Merkel of Germany, Nicolas Sarkozy of France, and Herman Van Rompuy of the European Council). But these fixes do not work. Most elements of the latest “comprehensive solution” agreed in the October 27 summit are unworkable.

Leaders must break this mold and empower individuals or entities to make decisions on behalf of European citizens and with adequate accountability to them. Some actions will require treaty change, others only a change of mindset. The latter category includes such vital moves as providing supranational guarantees to national deposit insurance schemes, to forestall the risk of catastrophic retail bank runs in troubled countries. A single European body should provide a consistent assessment of all Europe’s big banks’ capital position as the basis for a credible recapitalization plan. Member states should be prevented from using domestic financial firms as crutches to their own credit problems, to the peril of depositors and borrowers alike. In addition, treaty changes are required to provide proper accountability, starting with a different composition of the European Parliament to ensure that Europe’s citizens are equally represented, irrespective of their country. One recent piece of good news is Ms. Merkel’s explicit endorsement on November 9 of significant treaty change as part of the solution.

If the euro is to survive, a more federal framework for banking and fiscal policy is needed – what Jean-Claude Trichet, then ECB President, in June called a European Finance Ministry. But federations come in many shapes and sizes. The US is an obvious reference point but others may be more relevant. India, for example, shows that a continent-sized federation can be linguistically and religiously diverse, and politically fragmented into myriads of local parties, but still democratic and resilient. Some European countries are more at ease with the federal principle than others – Germany more than France, for example. Another major difficulty is to provide decision-making for the eurozone within a framework of E.U. institutions, structured to include countries that opt to keep their national currency.

Such a transformation in European integration can neither be imagined nor delivered by leaders seeking national reelection, or by exhausted civil servants. An open public debate is part of the answer— for all its parochialism, Germany has gone further in this respect than most other Eurozone countries. But ultimately a mechanism will be needed to propose institutional changes. A traditional intergovernmental conference is unsuited to the task, as diplomats are bound by old solutions and ossified national positions. A more diverse group of national delegates could perhaps do better, even though the convention chaired by former French president Valéry Giscard d’Estaing in 2002-03 failed to escape the traditional diplomatic game and to propose compelling solutions. Given the urgency, maybe a smaller group should be formed, on the model of the one chaired by former central banker Jacques de Larosière in 2008-09, which ushered in Europe’s most promising institutional innovation in this crisis so far: the creation of the European Supervisory Authorities.

A more federal Europe is not a straightforward proposition, but neither is it an impossible one. New ideas on how to shape it are urgently needed.

*[This article was originally published by Bruegel on November 15, 2011]