The ongoing fires wreaking havoc in the Amazon appear as a painful reminder of the radical right’s negligence of the natural environment, given the incompetency of Brazilian president, Jair Bolsonaro, and his administration. Although Bolsonaro blaming NGOs for the rainforest fires seems unprecedented, Donald Trump’s withdrawal from the Paris Climate Agreement seems to speak in favor of the claim that radical-right politicians are anti-environmentalists.

However, the interest of radical-right actors for the natural environment has not come only from the recent salience of environmental issues. Through the idea of far-right ecologism, the spiritual link between the nation and its nature has been asserted — though its overall relevance in radical-right discourse can be debated — juxtaposed to cosmopolitan, “rootless” environmentalism.

As Bogdan Koziel has put it, “The essence of National Ecology is that it envisages man and nature as one, as an inseparable whole … [humans] no longer feel a mystical connection with nature, with the earth, with their homeland, with the nation. They are only a cosmopolitan, carefree herd.”

The idea of a national ecology is not a new one. This above text was written in 1991, but the underlying logic has been present ever since the 19th century. Similar to the idea of the national ecosystem, assuming holism in radical-right approaches to biodiversity, eco-nationalism remains situated between the nativist and the patriotic impulse, between inward-looking pride of the nation’s nature and outward-oriented calls for the control of local resources. The radical right’s engagement with domestic issues of local deforestation, pollution and biodiversity can be complemented with concerns about issues transcending national borders, such as climate change and energy supply (and efficiency). Although the transnational nature of radical-right environmentalism is often publicly overlooked, eco-nationalism seems to be resurfacing in this time of global climate change.

But what exactly is eco-nationalism? Jane Dawson coined the term in her monograph illustrating the conflation of environmentalism and nationalism in the Soviet republics during the 1980s. Emerging civil society organizations in Lithuania, Ukraine and Latvia used the alleviation of political pressure instigated by the glasnost and perestroika reforms to articulate claims for national independence concealed behind the calls for a halt to the construction of nuclear power plants. Similarly, Günnar Cederlof defines eco-nationalism as a “reaction to the predatory state or to global encroachments on the life and livelihoods of communities being marginalized by such an expansion.”

From this point in history, eco-nationalism seems to be a progressive concept, or movement, which helped to place calls for autonomy on the political agenda of non-democratic systems through grassroots organizing. It can also entail efforts to eliminate reliance on foreign energy by promoting domestic sources or reducing the carbon footprint by promoting local products and a circular economy. Many authors, such as K. Sivaramakrishnan or Arran Gare, advocate for a form of ecological nationalism as a celebratory-indigenous form of response to environmental issues, addressing the deficiencies of capitalist-extractionist approaches which led to complex histories of oppression.

However, eco-nationalism can also point to nativist and spiritual sentiments through appreciation of domestic species or pristine and idyllic landscapes. As such, it is even more often employed by radical-right groups, parties and politicians who attempt to frame environmental issues alongside existing nation-state boundaries. Here, the transboundary dimension of environmental issues becomes an opportunity to point fingers at “polluting” neighbors. Similarly, eco-nationalism can also be operationalized in talks over mitigating consequences of climate change, where the discrepancies between climate targets can serve as an argument during conflicts, either for climate denial or disputes invoking other aspects of problematic interstate relations.

The radical right capitalizes on opportunities to use such framings in domestic politics. One example is the Hungarian radical-right party, Mi Hazánk, whose green wing (yes, there is one) launched a campaign against waste dumping on the Tisza river, for which it blamed neighboring Ukraine and Romania. Erik Fülöp, a Mi Hazánk official and former member of Hungarian radical-right Jobbik party, stated that “the problems of the Ukrainian state should be resolved with effective regulation, so that the communal waste of the country does not poison the Hungarian people.” Croatian companies were also accused by the party’s green section (Zöld Hazánk, or Green Home) of dumping waste water in the Hungarian town of Székesfehérvár.

Hungary is not the only case of the radical right engaging with environmental issues to embrace victimhood by pointing to problematic practices of neighboring countries. The French National Rally launched a “New Ecology” movement in 2014 based on national interest and patriotism, while Polish radical-right organizations blamed Germany for exporting their waste to Poland.

Apart from blaming neighbors for inducing environmental damage, eco-nationalism can also be appropriated by eco-fascist actors who assert claims for environmental exceptionalism by advocating against migration or marginalized groups within society. In Slovakia, Kotleba — People’s Party Our Slovakia has supported the law for protection of Slovakian forests, often pointing to “antisocial practices” of Roma communities who conduct illegal logging for heating purposes. Therefore, eco-nationalism can also be a tool against internal outsiders, not only those coming from beyond the national boundaries.

The exclusionary nature and binary logic of radical-right discourse is well known. However, eco-nationalism as a discursive logic goes beyond the radical right. Advocating for environmental protection in order to save nations is an argument that is often articulated even by those who do not consider themselves nationalists, let alone the radical right. Lifeboat ethics may sound appealing to tributaries of conservative and patriotic viewpoints, but these ambiguities might make noble goals for climate action and environmental protection conducive to abominable messages of preserving national or racial purity.

Addressing climate change and other salient environmental issues requires a broad front of unholy alliances, but eco-nationalism remains a double-edged sword in these times that signal the need to envisage new identities in the quest for authenticity. 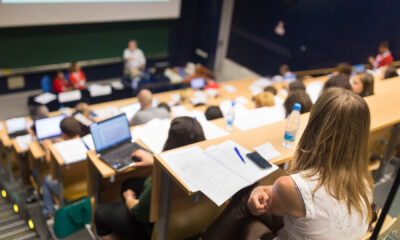 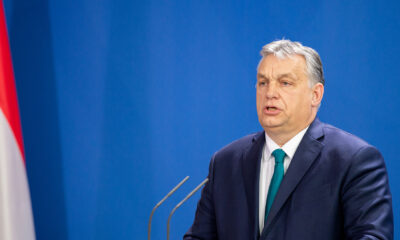