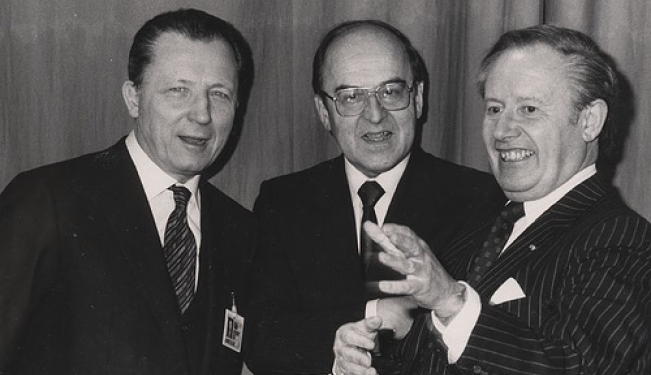 Only the strongest organisations are in favour of qualified majority voting. The European Union is one of the best examples: it was strong when its members were not afraid to vote and grew weaker when it started to seek unanimity.

In the 1970s the European Economic Community (as the European Union was known at the time) encountered serious difficulties. Previously dynamic, particularly at the time of the creation of the Common Agricultural Policy and Common Customs Tariff, the EEC became the prisoner of its Member States − at the time, there were only nine of them. Anxious to defend their national interests, the ‘new’ Member States favoured unanimity to the detriment of qualified majority voting.

What was the result of all this? The EEC blocked its own progression and no decisions were made. There was always one Member State that decided to exercise its right to veto. And so, nothing happened. Europe was stuck. It wasn’t until 1987, after the alliance between Helmut Köhl (the German chancellor) and François Mitterand (the French president) that the EEC returned to qualified majority voting.

Appointed in 1985, Jacques Delors, the new president of the European Commission, (the European Executive) was given two priorities. The first was to reform the EEC institutions, while the second was to create a single European market that would eliminate national borders and guarantee the free movement of goods, people, services and capital.

The two matters are related: it is due to the move from unanimity to qualified majority voting that the single market succeeded. Of course, it was a struggle, but its clear aim and obvious benefit encouraged lobbyists and governments to accept compromise and vote through more than 200 framework laws in a five-year period.

Indeed, we can say with certainty that the key to achieving the Common European Market was directly linked to accepting qualified majority voting.

Having achieved the Single Market in 1992, Europe (which by that time had become the European Union) began to dream of new objectives.

The Single Market had been such a success that Member States came knocking at the Union’s door. In a few years the European Union increased from 12 to 15 members, then 25, and finally 27 Member States.  However, our leaders imagined that the Union would be able to welcome new countries and at the same time ensure deeper integration − a foolish mistake.

In this context, the Euro was created. The rule is simple: as the Union enlarges further, it becomes more diluted. As the number of Member States increases, so does the number of disagreements. Conversely the Euro, our single currency, is inherently federal. It demands a maximum level of integration in the countries which make up the ‘Eurozone.’ This integration is incompatible with the rule of unanimity.

The single currency’s durability depends on the economic cooperation of the countries; in essence, it requires a common fiscal policy, a common social policy, and a strict budgetary framework.  This is the only condition which will bring national economies together. Due to a lack of economic rapprochement, the Member-States of the Eurozone will diverge. This is exactly what is happening at the moment.

Issues concerning taxation, employment, and economic convergence remain under national remit. The Member States’ unanimity is needed to regulate these issues at the European level. Since some states are more virtuous than others, and thus more competitive, the European macroeconomy depends on national powers.

Creating a single currency without guaranteeing the means for fiscal, social, and budgetary harmonisation is a grave mistake. Under this system, Eurozone Member States have been allowed to make their own choices. Some countries, such as the United Kingdom, Denmark and Sweden, decided not to join the Euro. Therefore, they have been able to put their own policies into practice and adjust their currency parity accordingly. In contrast, other countries joined the Euro, but with a fairly lax philosophy, assuming that the more fiscally responsible countries would pay their way. Greece, Portugal, Ireland, Italy, Spain, and possibly France can all be considered to belong in this category.  Finally, star pupils carried out structural reforms and are resolutely engaged in reducing their deficit and debts. Germany and satellites forming the former ‘Mark zone’ belong in this category.

Therefore, it is clear that the parity of the Euro in relation to other world currencies is satisfactory for virtuous, or competitive, countries. However, in non-virtuous countries, the Euro is clearly overvalued. And this illogical system will only continue to deteriorate – creating a single currency while refusing qualified majority voting condemns the Euro to disappear in its current form.

It is a bitter assessment. While the timeframe is unknown, it is certain to occur.  Only the adoption of fiscal, economic, and budgetary regulations by qualified majority would allow the Union to avoid the impending drama. However, the stark difference in competitiveness between the strongest and weakest Eurozone members is now so great that it is no longer surmountable.

Recent discussions between Europe’s leaders have raised the possibility of a ‘European Economic Government.’ This idea makes no sense in the context of the institutions’ current way of functioning. Moreover, in order to make the creation of this government possible, it would be necessary to modify the treaties and to transfer taxation and employment from unanimity to qualified majority voting.

Qualified majority voting allows us to express the strength of our ideas, the courage to oppose them, and the willingness to reach an agreement. Unanimity is a watered-down consensus, characterised by weakness and laxity. And this is what has been happening in Europe over the last fifteen or so years, due to this ridiculous idea of wanting to simultaneously enlarge and deepen.

Failure was inevitable, and now it is happening.