The latest attacks in Denmark could give far-right movements a further push.

Three people are dead and five injured — including the suspected perpetrator — in what has been described as a cynical act of terror against Denmark. Though they may have resulted in fewer deaths, the twin attacks that took place in Copenhagen on February 14-15 have a lot in common with the 2011 mass murder committed by Anders Behring Breivik in Oslo.

In both cases, the intended target was political pluralism and democracy, perpetrated by an extremist convinced of the superiority of their own thinking. In both cases, the attackers took advantage of a high level of trust and relatively low levels of security to access their victims. Moreover, the basic motivation of both attacks was a refusal to accept the existence of people who think, act and speak differently.

The location of the first attack — reported in some media as a café — was in fact an arts center: the Kulturhuset Krudttønden. The center was reportedly hosting a discussion on art, blasphemy and freedom of expression, organized by controversial artist Lars Vilks, when the first attack occurred.

The gunman’s second victim was a synagogue guard, stationed outside of a Bar Mitzvah. Whether the second killing was premeditated or opportunistic is not known, but it will do nothing for the peace of mind for the Nordic countries’ small but significant Jewish communities.

Lars Vilks — the artist assumed to be the main target in the Krudttønden attack — is a divisive figure in both Denmark and his native Sweden, where he has worked as an art lecturer. He is best known abroad for his controversial cartoons of Prophet Muhammad.

In 2010, he was the subject of a disturbance during a talk at Uppsala University, when he showed gay erotica featuring two men disguised as Muhammad by Iranian photographer Sooreh Hera, which explicitly sought to provoke Iran’s religious rules. Vilks himself has had bodyguards from the Swedish Security Services for many years and lives with a variety of safety measures to protect him from reprisals.

Politically, Vilks is an enigma, his single commitment seemingly being the right to write and do as he pleases. This has led to support from the Swedish far-right, but also from Scandinavian liberals and left-wingers who agree with some of his core principals if not with the medium in which he expresses them. Åsa Linderborg, a journalist with the Swedish left-wing daily Aftonbladet, wrote of the Copenhagen attacks: “Freedom of expression must be everyone’s or nobody’s.”

In the Nordic countries, cultural events and journalism are common forums for social discussion — and culture is seen as a safe space in which to challenge and experiment with ideas.

How well this ideology of liberalism functions in practice is debatable, but the Nordic countries have a strong tradition of protecting freedom of speech and expression both at home and abroad. Newspapers are heavily subsidized to guarantee a range of political and cultural views, as are political parties.

The irony is that this sometimes provides a forum for people whose political convictions are directly opposed to the maintenance of a pluralistic public space, and whose views on culture are fundamentally traditional.

Danish Prime Minister Helle Thorning-Schmidt has pledged to defend democracy, saying: “This is not a struggle between the West and Islam.” But there will be those who see the Copenhagen shootings as just that. Contrary to what some commentators like to think, the Nordic countries are not above the knock-on effects of terror — and the parties of the far-right play to that fear.

The Breivik attacks in Norway did nothing to stop the election of the populist, right-wing Progress Party to government, and in Sweden the far-right Sweden Democrats have made political capital by portraying both Muslims and their political opponents as extremists.

“Security and trust” is the slogan of the new right Danish People’s Party. The similar sounding “security and tradition” is the rallying cry of the Sweden Democrats a few miles across the water. The slogans of the new-right in Scandinavia promise security and safety through homogeneity in a dangerous modern world. The actions of one individual, though, might be threat enough to give such movements a further push.

Unfortunately, the security of individual liberty is not something the new-right guardians of Nordic democracy are especially concerned about. With their plans to slash immigration, take hard stances on crime and insistence that a traditional national culture is the foundation of Nordic success, the Nordic values such parties have in mind are not those of an open and diverse society. 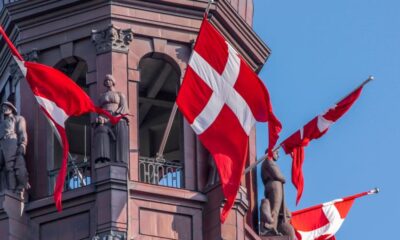 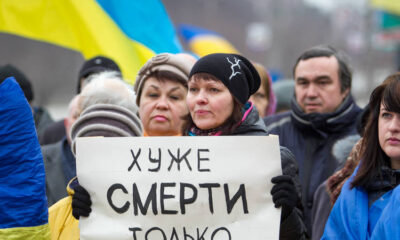 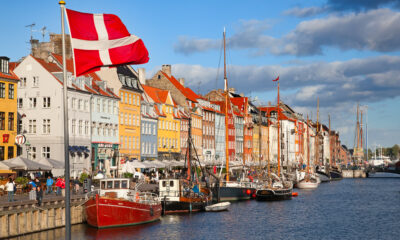