In Britain, the smack in the face the Tories have received confirms that the people have had enough.

This is the morning after the night before. It wasn’t quite the tsunami but a huge wave has just swept over British politics. It is also possible that there will be long-term impacts because of this not-so-surprising change in the political weather.

Under the UK system, the Conservatives needed 326 seats to form a majority in Parliament. They fell short by eight and were down 12 overall. Labour took 261, adding 31 to their total.

As of writing, the Conservatives are making deals with the Democratic Unionist Party (DUP), a right-wing, pro-Brexit, anti-abortion, otherwise meaningless party that is astute at negotiating with the Tories. Both will be rubbing their hands in glee at the thought of their roles in establishing the next government of the United Kingdom.

After all the attempts made by Tory newspapers, with the likes of The Daily Mail, The Daily Telegraph, The Sun and every other Rupert Murdoch media incarnation, most people had Jeremy Corbyn barely able to hold on as Labour Party leader, let alone strengthening his position.

IN BRITAIN, THE PEOPLE HAVE SPOKEN

In summer 2015, a defiant Corbyn was pursuing his first leadership challenge. As I witnessed hustings in Birmingham, I could see he had a genuine following among the young, the disaffected and the marginalized. These groups have been left behind by a resurgent, right-wing Tory Party whose interests remain as they have always done: themselves and their ilk.

The Tories generated a less than lackluster campaign with a manifesto put together shoddily. It was uncosted. More than that, it was uninspired. They believe that their Lynton Crosby-tested Facebook attack ads would swing the young. Their campaign focused on Corbyn, attempting to debunk the man and the myth. A lack of clarity or depth in Theresa May’s utterances meant that the Tory campaign was flailing from the start.

Too much emphasis was placed on projecting the power of May as a strong and stable leader, but she is far from that, as evidenced by her weary stage-managed performances or no-shows. The Conservatives went into this election full of bluster and confidence, but all that was shattered overnight.

Spin, distorted truths, exaggerated hyperbole, deals with populist rulers, selling arms to Middle East strongmen, giveaways to the city, and cozying up to big money were not enough to push aside the will of the ordinary man and woman on the streets of Britain today.

For the Tories, it has never been about the many but always the few who pursue their self-interests at the expense of everyone else, and the people have always seen through this.

Corbyn’s campaign, on the other hand, was decent, direct and unafraid to be honest and frank about the issues facing Britain today. He was relishing the opportunity to meet with the people, to engage with their ideas and to put forward a vision. Contrast this with May. “Ducking and diving,” her managed outings drew more scorn than following, evidenced by the fact that the Tories lost nearly all the seats that May was targeting from Labour.

A coalition of sorts might result in a reason for May to stay on as prime minister, although with a much-weakened government and an obliterated mandate. Going forward in negotiations with the European Union on such terms would be disastrous.

British politics is not out of the woods just yet. There is still a great deal of work needed to bring on board younger people on a more permanent basis. The smack in the face the Tories have received confirms that the British people have had enough. They want change. And they want it now. But while this recent battle has gained important ground, the greater fight rages on. 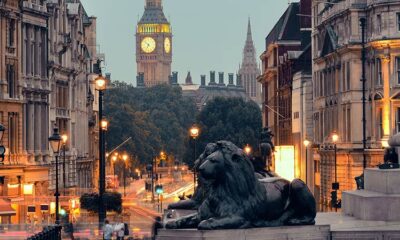 What Will Be Left of Great Britain? 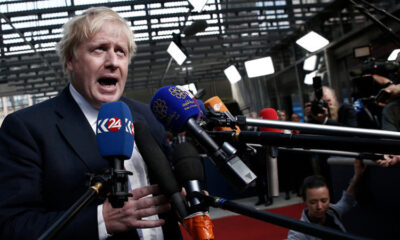 Will Boris Johnson Be the New Face of Britain? 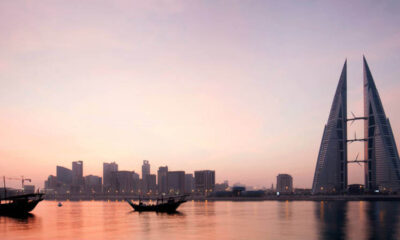 What Does Brexit Mean for the Gulf?