What does the assassination of Boris Nemtsov say about Russia’s political climate?

In a Time article that proclaimed Vladimir Putin tsar and person of the year in 2007, the Russian president seemed frazzled by the West’s perception of his countrymen as “a little bit savage still or they just climbed down from the trees, you know, and probably need to have … the dirt washed out of their beards and hair.”

With the war in eastern Ukraine escalating anti-Russian sentiment in Europe and the United States, and the public opinion in Russia itself growing confidently anti-Western, the rift between the former Cold War nemeses has become a widely talked-about topic. Yet in the political climate precipitated by distrust, fissure and nationalist tensions, the assassination of opposition politician Boris Nemtsov on the night of February 27 has thrown the word “savage” back into Russia’s political discourse.

Nemtsov was shot in the back, four bullets perforating his head, heart, liver and stomach — fired from a vehicle on a Moscow bridge outside the Kremlin, making it appear to be a professional hit. He had many enemies, was known to be shadowed by the security services and received a steady flow of death threats that he seemed to treat with a good degree of humor. Yet the question of who is responsible for the murder is every bit as relevant at this early stage as what it says about the state of Russian society under the current government.

Nemtsov was a vociferous critic of Putin’s circle, publishing exposes that revealed unprecedented levels of corruption and mismanagement. According to his friends and colleagues, he was preparing a report on Russia’s involvement in the war in Ukraine, something the government continues to deny.

Yet as perhaps somewhat unceremoniously highlighted by Putin’s spokesman Dmitry Peskov, Nemtsov was “scarcely more than an average citizen” when seen through the prism of popularity ratings. His PRP-Parnas party struggled in the polls, and Nemtsov managed to take just over 13% in Sochi’s mayoral election in 2009. The line of him being too politically irrelevant to pose a serious threat to Putin’s regime has been widely reiterated by those wanting to point the finger of blame away from the Kremlin.

For instance, the motives under consideration announced by the Investigative Committee include: problems in his personal life (a jealous ex-boyfriend, perhaps?), Islamist extremism in response to his position on the Charlie Hebdo attacks in Paris, Ukrainian radicals and the “sacrificial victim” ploy aimed at destabilizing Russia and discrediting the president. Other unofficial versions suggest foreign secret services involvement and rogue ultranationalists. Some of these are remotely plausible, others seem to do little but make a mockery of the tragedy.

The pro-government commentators have been swift to condemn the eagerness of the Western media to “politicize” the attack by implicating the Kremlin. One RT guest laughed off Putin’s involvement by saying that the president has tricks up his sleeve, and had he wanted to get rid of Nemtsov, he would have done so more subtly. The overwhelming question arises: How did we get to a point where a statement like this even becomes acceptable within the confines of a society? The sad truth is that what began as a mass media project to foster national pride has taken a very nasty turn. When the president thinks it acceptable to label the opposition as the fifth column, national traitors and enemies of the state, those closer to the ground feel justified to apply these ideas beyond their semantic remit.

It is enough to look at the rebels of the Donetsk People’s Republic who, with Kremlin’s tacit (as well as tactile, covert) support, felt inspired to continue their battle unpunished. Take the case of the mother of seven, who now faces treason charges for warning the Ukrainian embassy of the possible movement of Russian troops towards Donetsk. Shudder at the vehemence of the anti-Maidan rallies, where phrases like “We are not MaiDOWNS” are commonplace.

March 1, was supposed to see an anti-crisis rally organized by the opposition including Nemtsov and Alexei Navalny, who will be watching it from prison. It has instead become a procession of mourning, spilling along the river outside the Kremlin. Official figures announced over 21,000 participants, while realistic numbers indicate over 50,000. This is an unusually high turnout that indicates that the assassination has had a galvanizing effect among the liberal-minded.

In the words of Mikhail Kasyanov, former finance minister and co-leader of Parnas, “This is a turning point where everyone needs to assess what is really happening in the country.” It is unlikely to produce any immediate change to the current political situation, but perhaps the alarm has been set for the wake-up call Russia so desperately needs.

Most of us wanted to hope that the days where government critics were gunned down in the street were now over. The government is making a show of doing its best to find the perpetrators, announcing a 3-million-ruble reward for any information on the case. Putin has asked Alexander Bastrykin, the head of the Investigative Committee, to personally oversee the investigation of what he denounced as a “provocation.” It is perhaps worth remembering that this is the same Bastrykin who had threatened a Novaya Gazeta journalist in 2012, allegedly joking that he will himself investigate the man’s murder.

It is also worth keeping in mind that none of those who have met with the same fate as Nemtsov – Dmitri Kholodov (1994), Vlad Listiev (1995), Galina Starovoytova (1998), Anna Politkovskaya (2006), Alexander Litvinenko (2006), Natalya Estemirova (2009) – among similar promises of justice, have seen it served. Putin’s reaction to Politkovskaya’s murder was chillingly similar: a provocation that caused more harm to the regime than her publications. If this is not a politicization of murder, it is hard to say what is.

Politkovskaya was killed on Putin’s birthday, Nemtsov on his doorstep. These are brazen, audacious messages sent to those who sympathize with the opposition. Regardless who is behind the most recent assassination, Boris Nemtsov has become the latest sacrificial lamb, slaughtered before a regime where violence remains an acceptable part of the political process.

*[A version of this article was originally published by The Moscow Times.] 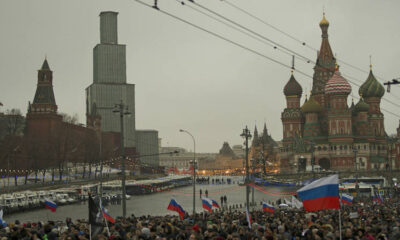 In Death, Boris Nemtsov Embodies the Hope of a Better Russia 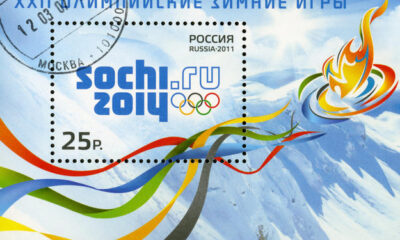 Winter Olympics in the Sub-Tropics: Corruption and Abuse in Sochi (Part 3/3) 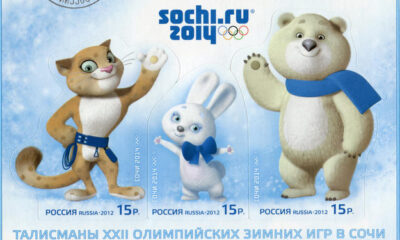 Winter Olympics in the Sub-Tropics: Corruption and Abuse in Sochi (Part 1/3)