In a Birmingham primary school, young children learn to accept homosexuality within the context of an equality-led curriculum, but parents are outraged.

Parkfield Primary School in the inner-city area of Birmingham, UK, has around 98% Muslim students. It is geographically located near secondary schools infamously caught up in the 2014 “Trojan horse plot” to allegedly Islamize Muslim pupils.

The school is currently in the middle of a clash between parents who object to a program called No Outsiders, designed and delivered by Assistant Headteacher Andrew Moffat, a homosexual Christian man. This enhancement to the curriculum is presented as an attempt to improve inclusion and diversity, but it is seen by parents as ideological indoctrination and a way to deradicalize Muslims.

Muslim parents are voicing their concern on a daily basis by holding demonstrations outside the school of approximately 730 students. The program goes on in earnest because Moffat and others within the local authority see it as promoting inclusiveness. Under any other circumstances, this would be seen as highly desirable, if not necessary, in the context of communities who face economic and cultural alienation as well as marginalization.

But these parents are of the view that while it is essential to respect differences, their children are not just taught that homosexuality is acceptable. Rather the inference is that by not accepting homosexuality, these young people are homophobic. As such, they are required to deradicalize their beliefs, which are enshrined in their religious practices, motivations and everyday behavior.

The issue of homosexuality in Islam is a complex debate. It often polarizes people on two sides: the extreme of regarding it as an unforgivable sin punishable by death, or tolerating it because it is the will of God that a human being is born homosexual and it is not up to humankind to decry what God has created. Undoubtedly, many of the cultural norms and values associated with homophobia exist within communities who regard the practice as not just unacceptable, but un-Islamic. This is where the fault lines of this conflict are most pertinently seen.

Parkfield School insists that the No Outsiders program is not an attempt to ideologically re-engineer the behavior of young people by legitimizing homosexuality, and that to counter it is to potentially be seen as on a path toward radicalization. Yet Muslim parents at the center of the row believe that putting their young children — as young as 4 or 5 — through this initiative contravenes basic faith principles.

In a statement by the Parkfield Parent’s Community Group, a mother’s testimony reads: “My 10 year old daughter came home one day and asked ‘mum is it true if I want to be a boy it’s OK? Mr Moffat said that it is fine because you may be a boy trapped in a girls [sic] body’ … [he] said to the whole class ‘It is OK to be gay in all religions.’ [And he] explained that ‘he was gay and a Christian, and that they could be gay or lesbian and be Muslim.’”

Both the LGBT community and Muslim minorities face the combined realities of discrimination, marginalization and exclusion. But while it is true that homosexuality, same-sex marriage, fluidity or anti-binary distinctions in relation to gender are seen as increasingly normalized in secular, liberal societies, the experiences that Muslims face on a regular basis — including violence against them based on their identities and practices — are at odds with a wider concern around equality for all.

The realities of life facing the Muslim communities of inner-city Birmingham is diametrically opposed to the embracement of homosexuality as perfectly normal. While these parents may disagree with teaching in school that homosexuality is acceptable, they also face the wrath of those who would argue that their dissatisfaction with the school policy is in some way tied with notions of radicalism. Being averse to the teachings of homosexuality is not specific to homophobia. Parents would simply not like to have their very young children open to such understandings of the world without greater qualification and contextualization.

It appears that the No Outsiders program is, in part, a reflection of ideological re-engineering based on a deradicalization drive — one that seeks to mollify, moderate and minimize ideas associated with notions of extreme Islamic observance, which, in this regard, is seen to be homophobic and inconsistent with wider notions of equality.

A document by Headteacher Hazel Pulley states: “In response to Prevent,” the government’s counter-radicalization strategy, the school aims to develop “a curriculum where children are taught to recognise and celebrate diversity and difference in their own communities and in the wider society.” The following page begins with the title, “How does ‘No Outsiders’ reduce radicalisation?” with the single answer: “Teach children from nursery onwards to recognise and celebrate difference.” It ends by suggesting “that early intervention is essential” and schools “need the tools and the leadership to be successful in preventing radicalisation.”

Much of this could be seen as amiable in spite of the associations with Prevent, which is regarded in highly critical terms. The government has only now launched an independent inquiry on the effectiveness of its Prevent strategy. This is more than a decade since it was first introduced publicly and after thousands of young Muslims have been wrongly processed by it through a referral system that selects candidates based on perceived radicalization.

That No Outsiders is an initiative to improve equality is not the issue. The dilemma is that a deeply problematic policy framework, with its numerous accusations of Islamophobia, is using a “test of homophobia” as a means to deradicalize Muslims. Is this yet another instance of Islamophobia that has been shielded by the idea of equality and diversity for all — an irony of dramatic proportions? While it is absolutely right and fair that LGBT communities are seen in equal terms, parents argue that children of a very young age should be prevented from being forced to choose between accepting or rejecting homosexuality. Accepting homosexuality is seen as akin to openness and diversity, while rejecting it somehow amounts to homophobia and legitimizes de-radicalization through re-education, which is akin to indoctrination.

These subtle but complex lines separate the policy of Parkfield Primary School and the perceptions of parents whose children, they feel, are vulnerable to misunderstandings of the world and themselves at an age when they have yet to define who they are and to what they belong. Which, arguably, is a reflection of a No Outsiders policy to realign Muslim beliefs in a programmatic way, with its application through the lens of Prevent. In the eyes of many people, this is an ignoble approach that seeks to cast the net of suspicion wide and far and thereby institutionalize Islamophobia. 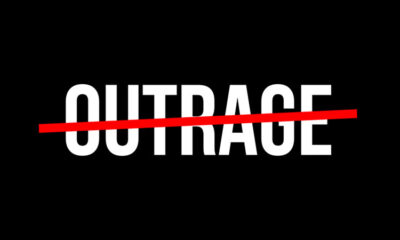 Outrages and the Future of Free Speech 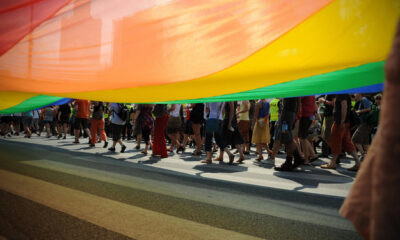 Africa and the West: Revising the Rules of Engagement