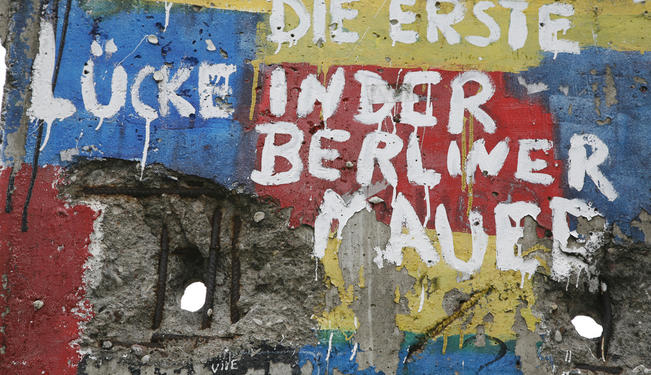 Yessi Bello explores the premise that graffiti is a valid form of political activism as opposed to a form of vandalism. The article outlines the reasons why graffiti should be considered as an art form serving as a political commentary of the time, using the Berlin Wall as a case study. This article the second of a three part series. Read part one here.

Graffiti on the Berlin Wall

An examination of the Wall’s graffiti enables us to discern the themes and messages of its graffiti. Most images reflected individual experiences, whilst some embodied political caricatures. In general, however, the graffiti highlighted the absurdity of the Wall’s existence. The graffiti on the Wall made the Wall visible, and by doing so it frustrated the West’s tendencies to ignore it. In fact, Brian Ladd, author of The Ghost’s of Berlin argued that much of the graffiti reflected the West’s inclinations to “heap scorn on the Wall”. This was particularly reflected by a series of both pictorial and verbal denunciations of the GDR and the Wall itself.

Artists began to draw the existence of openings in an attempt to disrupt both the Wall’s solidity and continuity. This type of graffiti attempted to shift people’s focus to the injustice, abnormality and artificiality of the barrier, aiming to eradicate the notion of West Berlin as an island, encased within the confines of East Germany. In order to achieve this, graffiti artists drew on the illusion of escapism from East to West and vice versa. The graffiti conveyed West Berliners’ resentment towards the Allied Powers for ignoring the construction of the Wall. The Wall was most aggressive and intrusive in West Berlin, which meant that people on this side had to confront it on a daily basis but West Berliners had relatively freer access to East Berlin than their counterparts had to the West. In this sense this type of graffiti can also be interpreted as an act of solidarity towards those trapped in East Berlin. The graffiti also constituted a serious attempt to integrate the border into West Berlin’s landscape.

The Berlin Wall and the West Bank Barrier

Walls have been used as a medium for political expression in the form of graffiti art, therefore it is also pertinent to compare the emergence of the Berlin Wall's graffiti to another notoriously conspicuous wall, that of Palestine: the West Bank Barrier. It is pertinent to do so because the similarities between both borders are relevant to the argument of considering graffiti as a form of political activism. As David Hare, the world-famous political playwright said “the Berlin Wall was built to keep people in. But the Palestinian Wall was built to keep people out.”

Like the Berlin Wall, the Israeli Border has provoked a wide spectrum of reactions. The GDR claimed that the Berlin Wall was a necessary “anti- fascist protection border”. Similarly, Israel maintains that the West Bank Barrier is a “vital security barrier”, while the UN continues to brand it as illegal. As far as the Bristol-born graffiti artist Banksy was concerned, just like those who graffitied the Western face of the Berlin Wall, the four hundred and twenty five mile long barrier that acts as a separation between Israel and Palestine is a “vast concrete canvas too tempting to resist”. Like those foreign artists who went to West Berlin, Banksy intended to share his vision with those living on the oppressed Palestinian side. Palestine, like West Berlin, had been isolated as a result of the construction of the Wall. This is evidenced by Banksy‟s statement:

“The Israeli government is building a Wall surrounding the occupied Palestinian territories. It stands three times the height of the Berlin Wall and will eventually run over seven hundred kilometres. The Wall is illegal under international law and essentially turns Palestine into the World’s largest prison.”

Banksy’s work on the West Bank Barrier can range in interpretation. In contrast to the paintings found on the Berlin Wall, his artwork is not overtly political. On the other hand, they have been carried out as a political act, which connotes them with political significance.

The art on the Berlin Wall and the West Bank Barrier highlighted the absurdity of both borders and therefore serves as a form of political activism. In Banksy’s case as a directly unaffected third party, he is using an unwanted structure deemed as illegal by the International Court of Justice as his own medium for self expression. In the case of the Berlin Wall, the initial graffiti was undertaken by West Berliners as a form of protest. The graffiti on the West Bank Barrier and that of the Berlin Wall in so much they visually subvert and draw attention to their nature as a barrier. This is particularly represented on the West Bank Barrier by the images of a girl carried away by balloons and the young boy painting a rope ladder. Other pieces invoke a virtual reality that underline the negation of freedom, this is reflected by the image of children playing on piles of rubble that seem to simulate sand while the corners of the wall are peeled back to reveal an imaginary and paradisiacal landscape.

On his website, Banksy explains how an old Palestinian man argued that his work beautified the wall. He adamantly told Banksy: “We do not want it to be beautiful, we hate this wall. Go home”. The man’s argument draws on significant parallelism with the Berlin Wall and “The White Line Movement”. This movement was composed of East German dissidents from Weimar who decided to paint a white line at eye level along the whole length of the colourful wall between Mariannen Platz and the Postdamer Platz. They argued that“ The Wall must be seen again for what it is. It is not a tourist attraction”. Their white line symbolically eradicated all of the Wall’s artwork. It can be argued that both the graffiti artists and the “White Line Movement” were fighting for a common objective. This is supported further by writer Nigel Parry who claims that nothing could be done aesthetically to make the Wall benign; and this argument can be applied to both the Palestinian and the Berlin Wall. The existence of the Movement also illustrates the struggle and the different perceptions of the Wall in East and West Berlin. For West Berlin, it continued to be addressed as white canvas, where self expression flourished in the form of graffiti. In the East the Wall was considered at face value: as a barrier.

*Read the final part of The Berlin Canvas on February 7.

The views expressed in this article are the author's own and do not necessarily reflect Fair Observer’s editorial policy.
Image: Copyright ©   Shutterstock. All Rights Reserved. 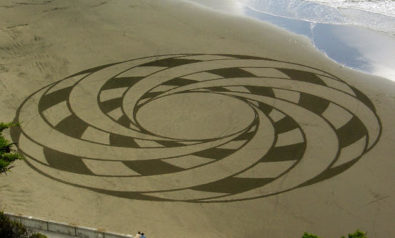 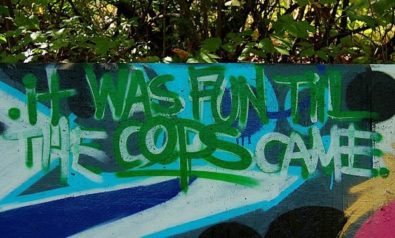 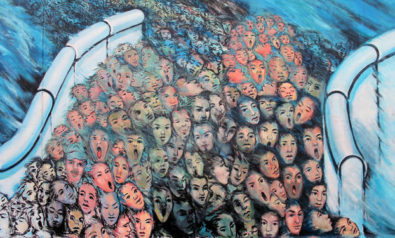 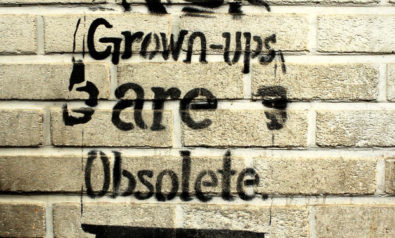