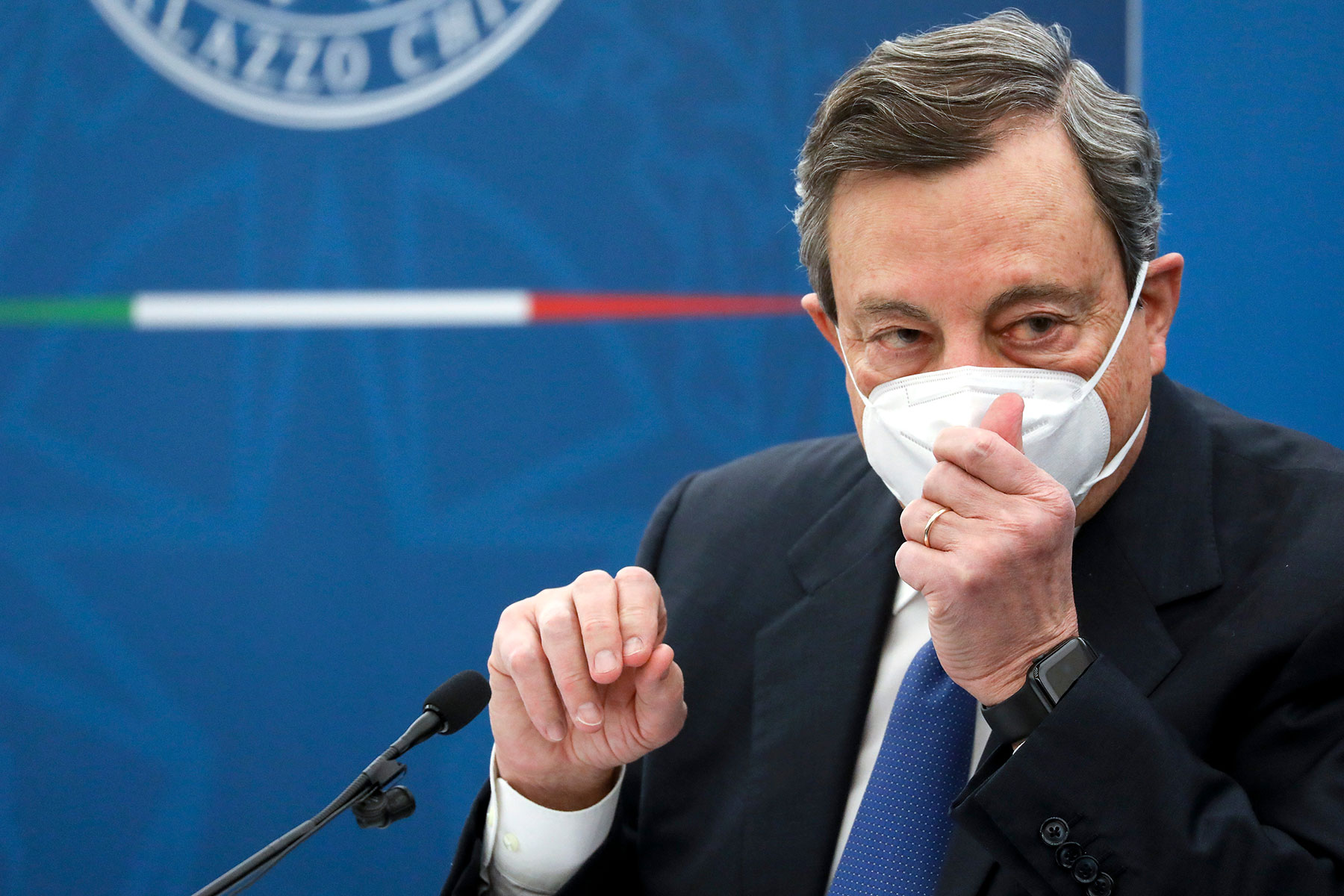 Italy’s parliament gathered in a joint session of both houses on January 24 to elect the country’s next president who will succeed Sergio Mattarella, whose term will end on February 3.

A total of 1,009 voters, including 58 delegates chosen by regional councils and known as “great electors,” took part in the first stage of voting, which will be repeated every day until a consensus is reached. A clear vote is unlikely to be reached before Thursday as cross-party negotiations are still underway and the majority of lawmakers have decided to cast a blank vote as a delaying action amid intense backroom talks.

Usually a symbolic formality, Italy’s presidential election is this time a focus of special attention by media and citizens, as the country’s fragile national unity and political balance depend on its outcome. The vote comes at a pivotal time, as the country has recently agreed to an EU-sponsored €191.5 billion ($213 billion) program of economic and social reforms aimed at rebooting its national economy.

Among the top contenders is Prime Minister Mario Draghi, a former president of the European Central Bank, who has openly signaled his willingness to run for the job. For Draghi, a seven-year presidential term is undoubtedly more appealing than ending his mandate with a disorderly, mixed coalition ahead of general elections next year.

But parties are reluctant to vote for Draghi as his eventual election as president and resignation as prime minister could lead to snap general elections. His exit as head of government, a role he was appointed to by Mattarella in February 2021 after the collapse of the so-called Conte II cabinet, in favor of the presidency could bring Italy back to a new phase of instability and political uncertainty.

Why Does This Election Matter?

In recent decades, Italy’s national politics has undergone profound transformation concerning the structure and ideologies of both parties, and the role of the president has become increasingly important. Beyond exercising moral authority, representing national unity and being the guarantor of the independence and integrity of the nation, as defined by the Italian Constitution, the head of state takes charge during a political crisis.

The president has the authority to select the new prime minister, as Mattarella did last year in choosing Draghi to lead the country out of a political impasse after the resignation of technocratic Prime Minister Giuseppe Conte. The president also has the authority to approve or deny the appointment of ministers who will form the new cabinet, and they can refuse mandates to weak coalitions and dissolve parliament, setting the country on the path to national elections.

Will the Government Fall Apart?

The situation is particularly delicate as it involves the stability and longevity of the current government and the possibility of early general elections. The outcome of the presidential vote may lead to different scenarios, potentially able to shift allegiances, disrupt existing coalitions and alter the balance of power among Italy’s political parties.

If parliament fails to agree on a candidate, the vote will undoubtedly become a source of division between the left and the right, inevitably opening the path to a political rupture.

The government’s collapse would not only damage Italy’s political equilibrium, but also impact the European Union. Brussels has heavily bet on Italy’s ability to recover from the COVID-19 pandemic — which rocked the economy and markets — endorsing prime minister Draghi’s national recovery and resilience plan.

What About Mario Draghi?

The presidential election is also important because it could represent a turning point in determining the political future of Prime Minister Draghi, who has provided a period of balance and good governance in Italian politics.

According to his supporters, choosing Draghi as the next president and having him in office for the next seven years would increase the chances to keep markets stable, which would imply the prospect of long-term economic recovery and, at the same time, give Italy more credibility at a European and international level.

Yet, many lawmakers are pushing for President Mattarella to stay on for another year, arguing that this would be the best solution to guarantee the government’s stability until scheduled general elections in 2023.

Who Are the Other Contenders?

Other possible contenders include Pier Ferdinando Casini, a long-serving centrist senator and former speaker of the lower house who reportedly has good cross-party relations, Marta Cartabia, a judge and former president of the Italian constitutional court currently serving as minister of justice, and Giuliano Amato, a former politician who served twice as prime minister and thrice as minister during the 1990s.

After the first three ballots, where a two-thirds majority is required (673 out of 1,009 voters), an absolute majority of 505 votes is enough for a candidate to be elected. Yet if the voting process continues past the end of Mattarella’s term, it would be clear that the presidential election has paved the way for another unpredictable political earthquake.