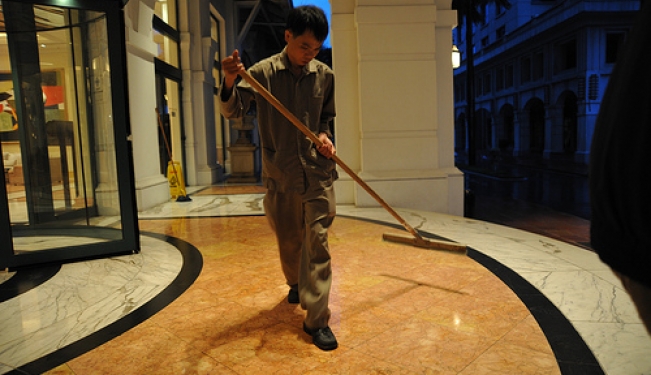 This article was first published by Knowledge@Wharton on June 24, 2011.

Sectors such as information technology, financial services and clean technology are only some of the many areas that have starting luring in venture capitalists from around the globe.

From China and India to Southeast Europe and Latin America, the rise of huge young populations of middle class consumers is creating rich opportunities for private equity and venture capital investors. Top targets for investment in these emerging markets include companies in the Internet, financial services and clean technology sectors.

These were among the key points of venture capital panelists, many of whom are currently working in developing countries, at the 2011 Wharton Private Equity and Venture Capital Conference. Participants on a panel titled “Challenges and Opportunities for Global Venture Capital” addressed the developing areas of China, India, Southeast Europe, Turkey and Latin America during the session, which was moderated by Jeanne Metzger, director of marketing for the National Venture Capital Association in Washington, D.C.

The Internet sector is particularly attractive in China’s vast and rapidly growing market, said Andras Forgacs, managing director of Richmond Global, a New York City-based venture capital firm that focuses on technology. Forgacs noted that Richmond Global looks for companies with business models that are similar to those that the firm has already backed in the United States. For example, Richmond Global has a position in AdChina, an Internet advertising company that is similar to aQuantive in Seattle, Washington. Richmond Global provided seed money to aQuantive, which Microsoft acquired in 2007.

According to Forgacs, the biggest mistake U.S. companies make when investing in China is not having their own managers on-site in the country. Companies too often oversee their investments from outside China, he said, and are thus slow to react to changes in the market. This can give local entrepreneurs a competitive advantage.

China’s booming economy puts skilled workers in high demand and makes retaining talent difficult, Forgacs added. Experienced programmers and engineers can easily hop from one employer to another in Shanghai and Beijing, for example, while other workers may start their own companies. Competition for employees also comes from well-educated Chinese business people who return to their country from abroad and start new companies.

Richmond Global is currently looking at opportunities in smaller and less frenetic Chinese business hubs like Chengdu. “There are some interesting investment opportunities where there is less competition and more patient development of companies and talent,” Forgacs said. He added that China’s strong public markets give investors confidence that they will be able to liquidate their positions. But exits through mergers and acquisitions are less common, Forgacs noted, because Chinese business people are extremely value-conscious and drive a hard bargain.

Clean technologies are a prime source of opportunity in India, said Mohanjit Jolly, managing director of Draper Fisher Jurvetson in Menlo Park, California. Such technologies include renewable resources, recycling and pollution-control equipment. Like China, India has a fast-growing economy with a huge emerging base of consumers. Conversations around Indian water coolers are not about whether investments will earn returns, said Jolly, but rather about how large the returns will be. “It’s an incredible time to be in India and part of the ecosystem,” he said.

Retaining talented workers is difficult in India, said Jolly, since employees are typically willing to jump to companies that offer even slightly higher pay. Jolly hopes to set up a vesting plan for employees of Draper Fisher’s portfolio companies that rewards them with growing amounts of equity the longer they stay. However, India remains a cash-based economy when it comes to compensation, Jolly noted. “That’s the reality. How it morphs remains to be seen.”

Like China, India has robust public markets that attract capital to young companies and provide profitable exits for investors. Local groups of angel investors also are forming to invest in early-stage companies and fill a long-standing gap in seed capital. Jolly said venture capital funds are using these groups as a “fertile deal flow mechanism” by getting to know them and using them as leads to good companies.

Financial services provide the most exciting opportunities for investment in Southeast Europe and Turkey, said Denis Kalenja, founder and managing partner of Montague Capital Partners, which has offices in New York City and Research Triangle Park in North Carolina. Commercial banking has performed well in the region, which Kalenja said still needs more financial services such as asset management firms. He added that distressed real estate, including beachfront property on the Adriatic coast of Croatia, could provide a good opportunity for investors who are familiar with the area.

Southeast Europe remains a fragmented market made up of many small countries with populations that speak different languages, Kalenja noted. The region’s industries thus have a critical need to consolidate to build economies of scale and generate value for investors. But in the boom years before the global financial crash, local executives thought they could build companies on their own without partnering across borders, he added. Now executives are more willing to consider mergers. “The people in this region realized they cannot do it themselves. Finally, the region is ripe for investing and consolidation.”

Venture capitalists who come to Southeast Europe can easily find three or four families or entrepreneurs that dominate particular industries, he said. This can provide a starting point for entering the market with investments that help businesses consolidate.

Investors based in Western Europe are increasingly looking toward the southeast for higher returns, Kalenja noted. But such investors often lack experience in local markets. Meanwhile, many of the most talented and highly educated businesspeople in Southeast Europe and Turkey are moving in the opposite direction by relocating to larger markets in Western Europe and North America. This leaves fewer native-born entrepreneurs who are willing to stay in the region or return from abroad to launch new companies.

Attractive venture opportunities in Latin America include investments in companies that provide clean energy, water, natural gas and sustainable agriculture, said Benjamin Sessions, managing director of the Global Environment Fund in Chevy Chase, Maryland. Latin America is only now embarking on the process of curbing pollution that the United States went through in the 1960s and 1970s, Sessions noted. This is crucial for the region, since its economic growth has not been “matched by the environmental infrastructure and services needed to sustain that growth.”

Talented Latin American workers typically prefer cash to equity compensation, he added, which can strain the resources of early-stage companies. Workers “value cash in their pocket,” said Sessions. “Giving options or ownership does not necessarily have the desired impact.” But this appears to be gradually changing, he noted, as successful public offerings show that equity stakes can grow in value.

Other opportunities in Latin America come from the service and manufacturing sectors, said Roberto Woldenberg, managing partner of Indigo Capital in New York City. “We are very excited about the area,” said Woldenberg, who focuses on Mexico, Central America and Bolivia. “There are some challenges in social, economic and political issues, but by and large we see a lot of bright spots.”

Latin American economies may not be growing at the same spectacular rate as China and India, Woldenberg noted, but the economies nonetheless “have their act together in fundamental ways.” Countries in the region are characterized by youthful labor forces and low levels of debt, he said. “Compared to the West, they have the potential for growth…. The venture capital industry in this part of the world is in a very incipient stage.”

Panelists turned to the U.S. Foreign Corrupt Practices Act (FPCA) when moderator Metzger asked about its impact on their firms. The measure bars U.S. individuals and corporations from making payments to foreign governments in return for business. Woldenberg said his firm conducts careful audits and accepts that “unfortunately, there are businesses you have to pass on. On the other hand,” he added, “I will say that in Latin America, while there are pockets of corruption, by and large most people want to do their job and they want to do it well.”

Sessions noted that while U.S. investors can take careful steps to avoid running afoul of the FPCA, “it all boils down to who you are investing with and what values they put in their network.” The Global Environment Fund avoids bidding for business through auctions, he added, since the process makes it hard to get to know the managers who will run the acquired companies.

Jolly said his firm conducts a rigorous audit before and after investments in India to make sure there are no violations of the FPCA that could lead to criminal convictions and jail time. “We simply cannot afford, directly or indirectly, to be seen as condoning [improper] behavior.”

In Southeast Europe, businesses regard the FPCA as something of a relief, said Kalenja, since government officials know they cannot solicit bribes from U.S.-connected companies. In fact, “we observe people coming to us and asking for an investment to acquire immunity,” he noted.

Forgacs said his firm initially invests small amounts of money in Chinese companies and gradually raises its stake as it grows more comfortable with its partners. Forgacs keeps a desk at the portfolio companies and spends time getting to know the comptroller and chief financial officer. “I talk to people in the trenches,” he said. “You have to be in the company cafeteria so nothing surprises you.”

*[A version of this article was originally published by Knowledge@Wharton on June 24, 2011].