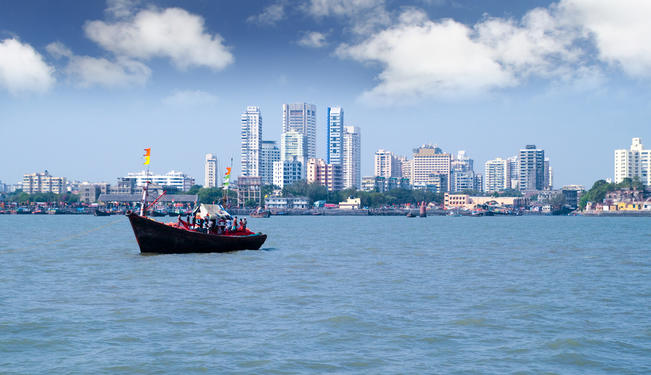 Any astute observer of India’s strategy in South Asia would infer that the country is not only passive in its approach, but it also continues to punch below its weight. The sight of a regional power resigning to the unfortunate turn of events rather than taking charge in its own backyard is somewhat baffling. This dichotomy – between increased economic profile and global stature, and a disconcerting reluctance to understand and exert its power – is apparent most notably in Afghanistan. Despite having invested 2 billion dollars and being the sixth largest bilateral donor to Afghanistan’s reconstruction, India is not included in any regional or international forums discussing Kabul’s future. Yet, it rarely fusses over this constant and almost insulting exclusion. The article in The Economist on March 30 — “Can India Become a Great Power?” — alludes to this conundrum more broadly.

While acknowledging India’s soft power, democratic institutions and contribution to peacekeeping operations worldwide, the article points out that India cannot quite get its act together. It then highlights a number of issues such as a continuation of India’s non-alignment policy, mistrust of the West, short-staffed Foreign Service, and makes a few recommendations. These arguments are generally valid. It is thus disappointing that the article fails to go much further than making these broad observations. It makes several contextual and conceptual errors, and proposes recommendations that come across as simplistic and of little policy import.

The Issues at Hand

The first problem with the article is conceptual. It mentions that India’s potential to be a force for stability and an upholder of the rules-based international system, is far from being realized because it lacks the culture to pursue an active security policy. But what exactly is ‘culture’? Is culture different from institutions? Is culture static, or does it change over time?

The article does not specify any of this. It then lumps ‘structures’, ‘leadership’, ‘interests’ and ‘desire’ into a single broad category called ‘strategic culture’ whose meaning it does not clarify anywhere. It would also have helped if the article explained the kind of culture that is needed for a country to become a force for stability or to pursue an active security policy.

The article then confuses structures with outcomes. It is true that the Indian foreign-service is short staffed, but the article fails to explain how the number of staff, by itself, would make a service ‘feeble’ or strong? Does the number of staff translate into policy outcomes? Would more diplomats — thrice the current number, as the article recommends later — lead to a more effective foreign policy? Do those countries with larger cadre of foreign service officers accomplish better foreign policy outcomes? If so, do those outcomes result largely from the numerical strength of their foreign service, or from other variables? If the article discussed the fact that many Indian diplomats do not have professional training in ‘international relations’ and ‘international development’ – important, especially given the expansion in India’s aid programs in the region and in Africa – it would have been more persuasive. Likewise, if it mentioned the relatively few foreign service officers who were multilingual or area experts, it would have made its case better.

The article’s third problem is its apparent lack of understanding of India’s context. While it is true that India remains skeptical of the West, it is a result not only of the ‘Nehruvian’ ideology or India’s non-alignment policy, but is also a continued reflection of the context in South Asia. Take a look at the policy choices made by the US and the UK in the region. Both the countries remain conned into providing military assistance to Pakistan despite the fact that Islamabad’s contribution to terrorism in the world far exceeds its contribution to the war on terrorism. Also, take a look at the way the US and UK cater to Pakistani sensitivities in Afghanistan at the cost of jeopardizing their own goals in the country. Euphemistically, India is a strategic partner with the West. But the policies of the West, especially by the US and UK, seem to have done little to convince India that they do not look at South Asia as a zero-sum game.

The fourth problem with the article is that it jumps from facts to conclusions without stating the connection. For instance, is the fact that India’s civilian and military leadership ‘operating in different worlds’ fundamentally problematic? What does operating in different worlds precisely mean? It is also not clear what the article means by saying that the Indian Defense Ministry is chronically short of military expertise. If that’s the case, is it something unique to India’s Defense Ministry? There is also a question of whether this potentially affects India’s military outcomes.

Fifth, the article mentions that India is unable to cope with a ‘dangerous Pakistan’. This seems like an unfair criticism, because, just as with most other terms in the article, it isn’t exactly clear what ‘coping’ entails. If coping means managing India’s economic rise and improving ties with the world, India has been successful. If, however, coping means deterring all Pakistan-sponsored terrorist attacks in India, it is not a reasonable expectation. Did the US, with all its military and economic might and diplomatic leverage, manage to deter Pakistan from supporting groups that launch attacks on US soldiers in Afghanistan?

It is wrong to assert that Pakistan is going through its first civilian transition; it is, technically speaking, going through its second civilian transition. Dr. Christine Fair — one of the prominent specialists on Pakistan — notes that in March 2013, the PPP government became the second Pakistani administration to serve out a complete term. The first government to complete the transition was the one elected in 2002 under Musharraf’s military government.

And, lastly, some of what the article prescribes towards the end are blanket recommendations. It will be hard to find a country in the world where these recommendations won’t apply: more professional defense ministry, unified defense staff and a well-funded navy.

The Economist has contributed a great deal over the years to focus the attention of both theorists and policymakers on issues that are salient to the world. The article’s broad thesis, that India needs to do significantly more to be respected as a great power, is well taken. There is little doubt that India will need to make sweeping transformations in several areas to ascend to a higher global profile. Poor conceptualization of the arguments, however, deters the reader from understanding what specifically ails India. A perceived lack of desire, as the article concludes, cannot possibly encapsulate all of it.