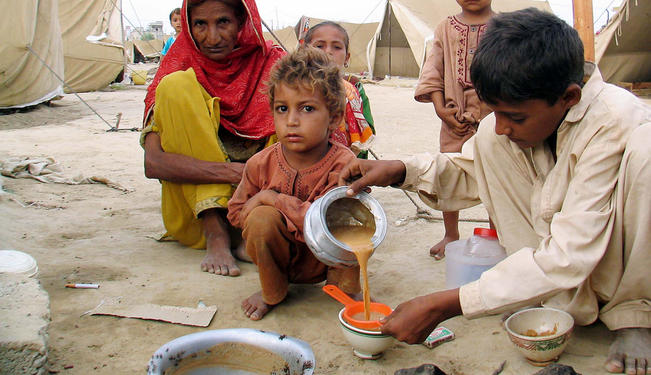 Amid terror, Pakistani children are having to become family breadwinners.

“Do not cry for your father because now it is you who has to be the responsible one.” These were the words spoken to Samiulla at his father’s funeral. In 2009, a bomb blast killed his father. In the blast, 213 were injured and 137 killed and Samiulla was left to provide for his family.

As the oldest in the family, Samiulla spends his days running a store in the local market. He wakes up early and returns home late at night. He had to give up his dream of going to school.

Videographer Khurrum M. Sultan captures this sad story, all too common in Pakistan. He hopes that by telling the story of Samiulla, children in the region will soon be able to live free from terror and fear. Global Survivors Network has more details on the victims and those left behind from the many bomb attacks on civilians, often targeting public servants in Pakistan.