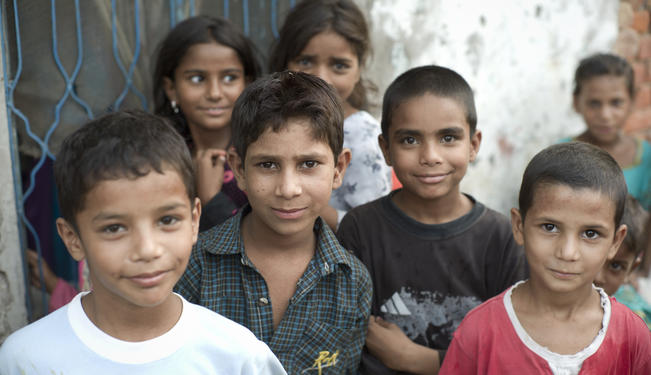 In Pakistan, most children living in poverty will die before their 18th birthday.

This film tells the story of a street child (Agha Khan) who collects garbage and works hard to survive. Life goes on, no matter what happens around him. While Agha’s most pressing concern is survival, he also wishes, like every child, to play, to go to school and have an education. Filmed in Lahore’s Ferozpor Road in 2010 by Atif Ahmad Qureshi,  it is not known what has become of Agha Khan today.

Pakistan has one of the world’s largest populations of street children, estimated by the United Nations in a 2005 survey to be between 1.2 million and 1.5 million, with an average age of nine. Most will die before their 18th birthday. For more information regarding the plight of Pakistan’s street children please visit Azad Foundation, an organisation that provides food, shelter, health care, education and counselling to Pakistani street children. Film courtesy of London International Documentary Festival (LIDF). Devised and Lead by LIDF as part of their Filmmaking for social change programme.