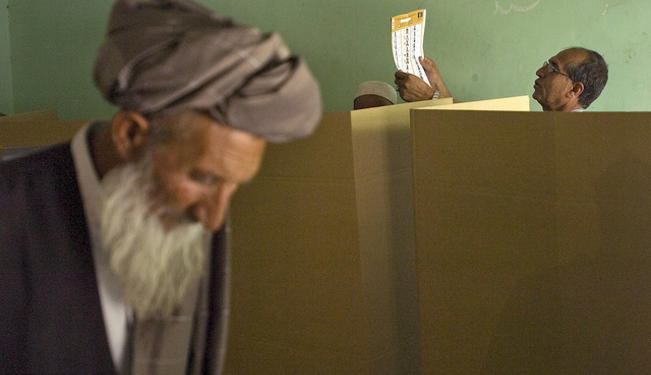 Part 2 of a series which looks at the fractious upcoming Afghan presidential election next year.

Another potential candidate is Asadullah Khalid. Khalid is a Karzai loyalist, and currently the head of the National Directorate of Security, Afghanistan’s domestic intelligence agency. Well-groomed and stylish, between 2005 and 2008 he was Governor of Kandahar, and between 2002 and 2005 he was Governor of Ghazni. Born in 1969 in Ghazni province to a Pashtun family, his father served in Parliament under King Zahir Shah. Involved in the anti-Taliban resistance, Khalid joined the National Directorate of Security after the 2001 invasion. His tenure as Governor of Kandahar and Ghazni was marked by allegations of human rights abuses, including the charge that he was personally involved in torture in a guest house on his own property. There is a consensus that Khalid represents strong, i.e. authoritarian leadership in Afghanistan, which is supposedly what the country needs.

Other presidential candidates are often overlooked, for the simple reason that they are seen as having little chance of winning. Atta Mohammed Noor, a Tajik and current Governor of Balkh Province, can boast of creating political and economic stability in the province, and reducing poppy cultivation from 7,200 Hectares in 2005 to zero by 2007. Amrullah Saleh, President Karzai’s former head of the National Directorate of Security, is another potential candidate and head of the Afghanistan Green Trend. Saleh, who exudes an air of quiet menace, is nevertheless a committed democrat who nobly opposes any settlement with the Taliban that undermines Afghanistan’s current constitution. Fawzia Koofi is another candidate, who is seeking to be the first female President of Afghanistan. Koofi, whose mother initially abandoned her at birth because of her sex, is so steely she would probably become known as the Iron Lady of Afghanistan if it were not for the fact that she stands no chance of getting elected. And Abdullah Abdullah, after the last election, has had enough of Presidential politics in Afghanistan.

Indeed, the Afghan Presidential electoral landscape is teeming with noble but unelectable candidates, and electable but loathsome and corrupt ones. This plays into the narrative that Afghanistan is an ungovernable, inherently unstable, territorial abstraction that will always be at war with itself. This is not so. Afghanistan was effectively ruled for many centuries on what Prof. Thomas Barfield, in his book Afghanistan: A Cultural and Political History, calls the “Swiss cheese approach”: “in which regimes expected their writs to run completely only in the most populated and economically prosperous parts of the country. The peoples in the poorer high mountains, steppes, and deserts were left to fend for themselves as long as they did not challenge state authority…It was a strategy that required constant maintenance.” A crucial development in Afghanistan also has to do with its status as a landlocked country. Historically, it has been dependent on Pakistan for access to the sea. However, in September 2008 India constructed a road that connected the Iranian port of Chahbahar with Nimroz Province in Afghanistan. The Silk Road routes that once brought so much wealth to Afghanistan may return.

Another issue is aid. International donors are lining up to avoid a repeat of 2009. With $13 million in funds pledged this year to help the Afghans prepare for the elections, the EU is the largest contributor in the effort to organize the polls. Fair and free elections are also a key condition for the delivery of more than $16 billion in aid pledged during an international donor conference held in Tokyo last May. Holding the April 2014 elections will cost an estimated $350 million. However, aid is a tricky device. Sums that seem small to Westerners are actually quite large to Afghans, and can create quite an impact. Often this feeds corruption. Also, much of this aid never materializes. The Agency Coordinating Body for Afghan Relief estimated that in 2008, of the $15 billion in reconstruction assistance given to Afghanistan since 2001, nearly half has returned to donor countries.

There is a saying among foreigners in Afghanistan regarding how low to set the bar of expectations in the country—“Afghan good enough.” The phrase is, of course, condescending. It presumes that Westerners, left to their own devices, could run Afghanistan better than Afghans. This unfortunate attitude has revealed itself in the way aid workers spend little time getting to know the country, how NGOs work around rather than with the Afghan government (thus depriving it of needed legitimacy), and how the United States and its allies have failed to alleviate the worst forms of corruption in the country. This has led to the dysfunctional state of affairs that Afghanistan now finds itself.

In terms of the Afghan election, the argument that a Pashtun must be President has been undermined by the fact that Karzai has been unable to bring stability to the south of the country, the home of the Pashtuns. The large amount of aid flowing to that region, and the small amount of return on that aid, is frustrating to Northern Afghans.

The Presidential election has also underscored the tension in the U.S. project in Afghanistan. While it does not want to be seen to be meddling in Afghan affairs, it cannot but help be seen as doing so. With its military in the country, Afghans are often confused as to why the U.S. does not simply shake up the leadership in Kabul, if the Americans are so dissatisfied with it. However, the U.S. is determined to allow Afghans to decide who gets to rule the country, even if it means selecting someone as incompetent and corrupt as Karzai. But the U.S. is telling Afghans how to run their affairs, by demanding that they have a liberal democratic regime. Unfortunately, the political environment in Afghanistan does not exist for a politician who is both electable, friendly to liberal democracy in Afghanistan (at least to a certain extent), and can govern. On Election Day in 2014, there will be a winner. Unfortunately, it will not be the Afghan people.