Wolf’s Lair is a bold political thriller, a rare breed in the realm of contemporary Indian fiction.

India traditionally enjoys the reputation of a peace-loving country. Yet its long chronicles have witnessed numerous spurts of foreign invasions and occupations, imperiling the precious resources and civilizational values of the subcontinent. But every time India has risen from the ashes to claim its rightful place in the comity of nations.

Not only did India emerge as the leading voice of postcolonial nations, but in many ways, its well-deserved claims to find a niche as a world leader cannot be ignored any more. Despite having faced five major border aggressions and the endless spree of covert warfare unleashed by its intractable neighbor Pakistan, India continues to cherish the values of peacefulness and willingness to celebrate foreign cultures, even that of invaders.

However, India’s civilizational commitment to secularism, pluralism and harmony is often mistaken as its weakness. Unsurprisingly, India’s hostile neighbors have never lost an opportunity to disrupt intercommunity peace by actively bolstering the forces of disruption and extremism. The upheavals in northeast Punjab and, more significantly, in Kashmir are well-known instances of such cross-border provocations.

Clearly, while India has been willing to tide over the wounds of partition and politics of riots and communal violence, Pakistan would like to inflame borders and provoke conflict abroad, so long as the issue of Kashmir—the so-called unfinished agenda of partition—is not negotiated as per its wild claims.

Worst still, it was the humiliation of the Pakistani army in the wake of 1971 war (and subsequently in the Siachen conflict), and the failure of army generals to change the status quo through military interventions, that led to a policy of slow retribution against India. The civilian government in Pakistan, along with the peace constituencies, could never think of transcending this historic imperative given the overwhelming sway of the army.

This is so well amplified by Lieutenant General Syed Ata Hasnain in his foreword when he refers to cross-border terrorism and General Muhammad Zia-ul-Haq’s plan to wage a long-term, low cost proxy war against India. He calls it a “hybrid war,” opening on “innumerable fronts” that a “prevaricating Indian state would be unable to combat.” He argues that such unconventional wars cannot be fought through conventional ways alone. Mayank Singh’s fascinating novel, Wolf’s Lair, draws on the intricate trajectories of Pakistan’s assault on Indian security and sovereignty, and how such multiple tracks of aggression have been carried out in recent times.

His narrative begins with a foiled terror attack audaciously masterminded by the Inter-Services Intelligence (ISI), which is executed by a motley of men—ranging from Indian fishermen and seafarers who double up as drug and arms smugglers to Pakistani soldiers dressed as fishermen—all on the payrolls of the ISI, and evidently pawns in a much larger game of geopolitical strategic dominance.

The opening gambit takes us to a nerve-racking chase and jostling between the Indian security forces and the foot soldiers of the ISI being sent across the Arabian Sea from Keti Bandar port off Karachi, Pakistan, to inflict a colossal attack of mass destruction in Mumbai. As much as the journey introduces the lay reader to the well-researched details of defense technology, its nuances and maneuvers of security personnel, it also unravels the compromised cogs in the wheel of Indian administration whose avarice allows nefarious designs of attackers to succeed many a time.

The story traverses from the high seas to the heart of India. In New Delhi, National Security Advisor Abhay Singh and Director of the Research and Analysis Wing (RAW) Sujoy Bose convene an emergency meeting of the Cabinet Committee on Security (CCS). An interesting dialogue ensues between various stakeholders that sharply reveals the fault lines and incompatibilities, especially when Singh vents his helplessness as he addresses the prime minister: “Sir, I have been in the service long enough to understand that despite the grave threats confronting India from across the borders and from within, our political establishment is still looking for an approach which suits their political convenience.” The back and forth, the skepticism, the frustration, the turf war, the political inertia in the country’s topmost strategic circles comes out so well through this and similar exchanges.

The author has indeed succeeded in highlighting the mood of the nation, which wants our security, administration and political agencies to get their act together. In India, the stakes are too high.

Mayank Singh invokes history, even mythology, to bring perspective to the assertions his characters make about dealing with the ever-rising head of jihad and terror. Even as he seems to tilt favorably toward being politically decisive and unrelenting in handling the aggressor, Singh initiates a sociopolitical dialogue about those caught in the web of terror and why. A brief but heartening conversation between young men traveling on a train from Quetta to Karachi, overheard by a “Momin” Indian army commando, easily represents the view of young people of the Indian subcontinent. About the “carrot of jihad” being just that, a political carrot being used dangerously.

While one is still left wondering about the many ramifications of breaking political inertia, the author takes us further on an instructive instance of indoctrination. We live with Rehan through his childhood in Pathankot, Nashik and Mumbai; through the loss of his decorated Indian army officer father; through his never to be fulfilled future as a cricketer and engineer; through his radicalization into a terrorist; and finally to his elevation as the head of a dreaded terrorist organization running from Karachi under the aegis of ISI, spreading its wings to the Islamic State (IS) and posing an existential threat to India.

Why would a youth from an affluent family and a bright future turn to guns and gore? This eternally horrifying question gets debated through the many characters in the novel. The question never gets answered. The author thus makes an eloquent commentary on the politics of jihad, being no more than a poisonous sting of a perpetually insecure neighbor, with the very effective tactic of religious radicalization being nothing more than a ruse.

Wolf’s Lair, an insightful piece of fiction, takes the reader into the world of counterterrorism operations and shows us how complicated these battles can be. At one point, Bose, while talking to the CCS, recalls how “Indian agents in Pakistan had disappeared after a minister’s tall claims had compromised their identity.” At another point, Abhay Singh rues: “In this age where the world has shrunk because of the internet and the people shrunk even further, nobody can be absolutely safe. Safety is relative! We need to be honest.”

The reader is taken deeper into the world of special forces as the author introduces us to Momins or the special forces unit in Jammu and Kashmir, who “adopted innovative methods to fight a guerrilla like a guerrilla.” It is made dispassionately clear that the special forces’ aim is to gather evidence of ISI’s “macabre game” and confront it, if necessary, on Pakistani soil. Friendship, betrayal, loyalty, deceit, trust and double-crossing tactics are all to be used as means to a desired end.

The novel has a polyphonic structure where each chapter looks at the many lives and the many events—that of an Alibaug bootlegger who wants his son to be an engineer; of an ISI major who sends his child abroad for education; of a Kashmiri youth seeking retribution for the brutal killing of his father; of a manipulative media professional willing to sell his soul for glamour and fame; and of many men and women in the service of the nation.

What is refreshing about the author is the way he effortlessly makes use of humor to convey idiosyncrasies observed in everyday life of the subcontinent. As the Momins journey into Pakistan, he aptly observes: “The Customs officer was evidently disappointed at the appearance of these disheveled men carrying dirty rucksacks. Weary travelers, who did not have anything valuable enough to declare to the Customs, disheartened him immensely; no valuable or contraband items meant no bribe.”

When the prime minister in Wolf’s Lair says, “Any nation with farsightedness would have gone ahead and annexed the outlying regions to our external borders, thereby placing strategic buffers between India and the invading hordes,” it perhaps represents the changing currents of Indian foreign policy where calculated aggression is projected as an effective way of defense. And yet, as the perceptive author would argue, peace and diplomacy are possible only when a strong nation talks.

Wolf’s Lair is a bold political thriller, a rare breed in the realm of contemporary Indian fiction. While it enriches the exciting and innovative template of fiction, it also engages with the imperatives of Indian national security—a vital dimension that needs to be discussed widely among public constituencies as well as decision-makers.

*[Wolf’s Lair is available to purchase at Amazon.] 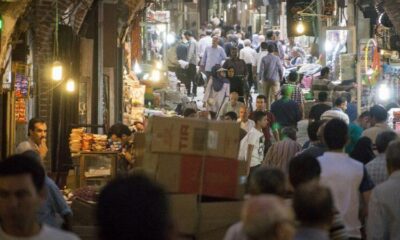 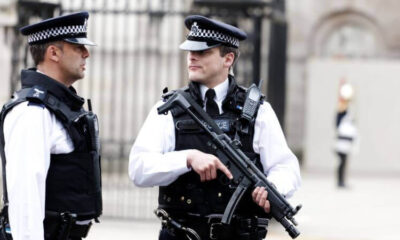 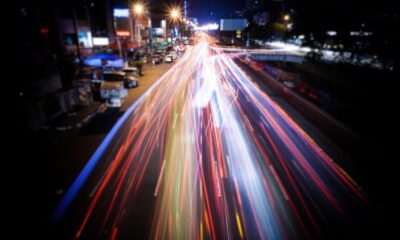