India has had a wound around its Himalayan neck ever since it suffered a humiliating defeat to China in 1962. The recent clash between Indian and China soldiers in Galwan Valley on June 15 has only rubbed salt into that wound.

It has come to this because when China invaded neighboring Tibet in 1950, India was in thrall to the newly-established communist regime under Mao Zedong after a bloody revolution. Ignoring its civilizational relationship with Tibet, India hoped to gain from the emerging power of the People’s Republic of China and thus celebrated “Hindi-Chini bhai bhai,” a popular slogan of the time that translates to “Indians and Chinese are brothers.”

After 1962, the Chinese military stood on the doorstep of India across thousands of kilometers in the Himalayas. Proverbially, this border was guarded by only 60 Indian policemen before China’s conquest of Tibet. Pertinently, India never had a border with China before 1950.

If Tibet had remained a free and independent country, today it would have been the 10th largest nation with 2.5 million square kilometers of land. The Tibetan Plateau hosts 46,000 glaciers, nearly one-fourth of the world’s total number. It is a source of numerous rivers, including some of the most mighty ones such as the Indus, Brahmaputra, Mekong and Yangtze. It is shocking that such a vast reservoir of water and natural resources in Asia has been occupied by China and it is even more shocking that it barely gets a mention today.

Ancient Buddhist culture has been preserved in Tibet over many centuries. In the Indian public psyche, Kailash Mansarovar was part of India. Tibetans used to visit Buddhist pilgrimage sites in India at Sarnath, Bodhgaya, Nalanda and Amravati. The India–Tibet border was irrelevant and people used to cross it freely. Today, that border has two armies facing each other and people no longer cross it.

After the Dalai Lama took refuge in India in 1959, around 100,000 Tibetans have come to India. Most of them live in the Himalayan regions and the state of Karnataka. The Tibetan seat of power is in Dharamshala, Himachal Pradesh, where the Dalai Lama has set up abode. The Tibetan parliament and government are also based there. Although many Tibetans still dream of a free Tibet, India‘s desire for closer ties with China in the past has led New Delhi to shy away from supporting Tibetan independence. As a refugee in India, the Dalai Lama has spoken of autonomy and adhered to India‘s “One-China” policy.

In 70 years of Chinese occupation, more than 1 million Tibetans have been killed, 6,000 monasteries destroyed and Tibet’s cultural identity attacked. The Chinese have also proceeded to exploit Tibet’s natural resources. They have cleared forests, bombed mountains and practice strip mining for gold, copper, lithium and other rare earth elements.

The international community has ignored the genocide and exploitation Tibet has experienced over the last seven decades. Powerful nations have made their peace with China for geopolitical and economic reasons. In the process, Tibetans have suffered a lot.

Globalization has led over 160 countries trading with China. Western “liberal democrats” blindly accept the “One-China” policy and recognize Tibet as a part of China. Freed of any external pressure, China has become more oppressive in Tibet. Even possessing the Dalai Lama’s photo could land a Tibetan in jail on charges of separatism. Although Tibetan youth do not retaliate like their counterparts in Palestine or Kashmir, they have resorted to self-immolation as a form of protest against Chinese occupation.

Tibetans still believe that freedom is possible. Until six decades ago, Confucianism and Buddhism were the strongest influences on Chinese society. Communism attacked these twin pillars. Capitalism has shaken them further. Today, the only religion consumerist China worships is money. Yet, as the Chinese are discovering, life is more than money. Tibetans are convinced that China will never be able to conquer their spirit and that they are free until their spirit is free.

During visits of Chinese leaders, Indian police customarily arrest all Tibetan activists to appease China. Yet young Tibetans take their inspiration from India’s struggle for independence from British rule. Few remember that until 1942, most Indians did not believe they would see freedom in their lifetime. Mahatma Gandhi’s Quit India Movement struggled to gain mass support. Within five years, India became independent because the British Empire collapsed under its own weight. Tibetans believe the same will happen to the modern Chinese empire.

The Chinese Communist Party (CCP) controls all aspects of life in the country. The administration, the judiciary, the legislature, the media and the military are all controlled by the CCP. The party fosters a personality cult around Mao despite his responsibility for the death of millions of people. His portrait still adorns Tiananmen Square, a place made immemorable by the brutal slaughter of unarmed students by armed tanks. That 1989 massacre still stands obliterated from history textbooks and even the internet in China.

Territorial encroachments and China’s support for Pakistan demonstrate that Beijing has no respect for India’s territorial integrity. There is no reason for India to respect China’s territorial integrity. Beijing is facing international isolation because of the COVID-19 outbreak. From Japan to Bhutan, China’s neighbors are nervous about its expansionism. The time has come for India to stand up to China. It must scrap the “One-China” policy and support Tibet’s nonviolent movement for independence.

*[An earlier version of this article was published by The Indian Express.] 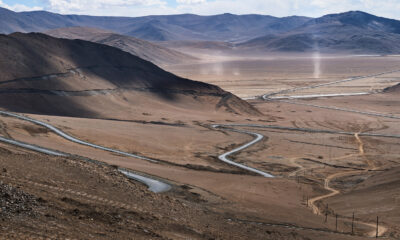 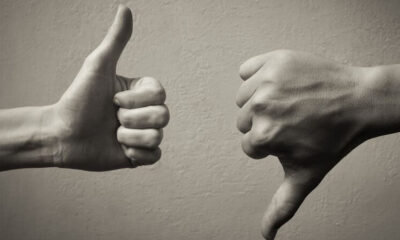 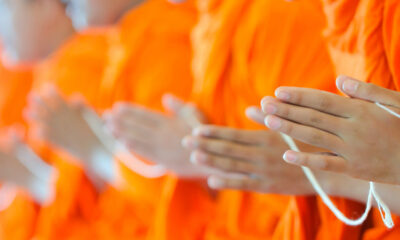