On September 6, 2018, the Supreme Court of India struck down Section 377 of the Indian Penal Code in a landmark decision, Navtej Singh Johar v. Union of India, decriminalizing consensual sexual intercourse between consenting adults of the same sex. More than a year and a half later and on the occasion of Pride Month, India’s LGBTQ community is still immensely grateful for this significant advancement in equality before the law but also wonders when it will be granted the complete set of civil rights it has been campaigning for.

What courts see as complex argumentation and the Indian Parliament views as legislative nuance, LGBTQ Indians consider intimate, tender moments between them and their loved ones — moments that are a common part of cisgender heterosexual relationships but feel monumental to the LGBTQ community. As it stands, LGBTQ individuals cannot have their marriage validated by law. Each of the separate codified Marriage Acts in force in India are interpreted as having “heteronormative underpinnings.”

The exclusion of same-sex couples from each set of laws is evident in their wording. The Hindu and Christian marriage acts refer specifically to a bride and a bridegroom when stating the minimum age at which people are allowed to marry. The implications of such exclusion are immense due to the list of rights available to married Indian citizens. LGBTQ Indians in a same-sex union cannot jointly adopt a child, cannot avail of the right to maintenance and cannot name their partners as their legal heirs. These rights are based on the same marriage acts that are interpreted as excluding same-sex couples.

Despite there being no explicit guidelines laid down by the Reserve Bank of India, same-sex couples have been met with resistance when attempting to open joint bank accounts due to a perceived lack of legitimacy of their union — a problem that can be eliminated once marriage equality is achieved. Since partners in same-sex unions are not perceived as family, they are denied hospital visitation rights.

Although the Johar v. Union of India judgment was an expression of judicial support for LGBTQ individuals, the fight for equal marriage presents a new set of challenges that need to be understood. The Delhi High Court dismissed a challenge to amend the Hindu Marriage Act of 1955 in favor of including same-sex marriage as recently as July 2019, almost a year after the Supreme Court’s decriminalization of Section 377. The reason for this ruling was, according to the court, that amending these laws is the duty of the legislature, not the judiciary. Unlike, for example, the Defense of Marriage Act (DOMA) in the United States, Indian marriage laws do not explicitly ban same-sex unions, which could warrant a legal challenge that such a ban is unconstitutional. The exclusion of such unions is implicit. This brings the fight for LGBTQ rights to a new theater — India’s Parliament.

Globally, the complete set of civil rights hasn’t been granted to LGBTQ citizens without legislative action. Prior to the United States’ landmark Obergefell v. Hodges decision of 2015, bills affirming the legal sanction of same-sex marriages had been passed in 36 states. Same-sex marriages in England and Wales were granted legal recognition through the Marriage (Same Sex Couples) Act of 2013. However, the Indian legal system presents a unique set of challenges due to the presence of separate personal laws for different religions. Proposed suggestions to tackle this include amending each individual act, recognizing same-sex marriages under the 1954 Special Marriage Act and the greatly debated suggestion of a Uniform Civil Code that recognizes same-sex marriage, as proposed in a 2017 draft.

These are complex questions of law whose essence lies in a deeply personal sphere. Taking into consideration the particular importance of the legislature, both LGBTQ and cisgender heterosexual Indians should be well acquainted with parliamentary efforts to support the LGBTQ community’s right to love. The Pink List is a research project that does precisely this by serving as an online repository of LGBTQ-friendly Indian legislators at each level of government.

Such recognition of the importance of grassroots-level legislative action is crucial for an inclusive, nationwide fight for marriage equality. Amplifying the efforts of LGBTQ-friendly legislators and publicly expressing support for those who engage in discourse regarding marriage equality both in state and central legislatures will hopefully inspire more lawmakers to do the same.

We have reasons to be optimistic. In 2018, the Supreme Court handed down the long-awaited ruling that the LGBTQ community in India is entitled to equal protection in the eyes of the law across all areas. In a bid for legal recognition, a writ petition has been filed at the Kerala High Court by two men in order for their marriage to be recognized under the Special Marriages Act. While the judiciary has already expressed support for granting the full set of civil rights to LGBTQ Indians, it is time for the legislature to follow suit. 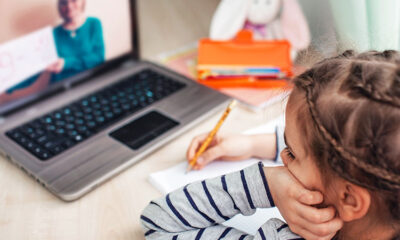 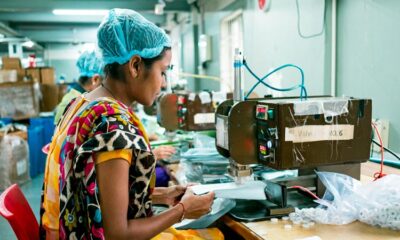