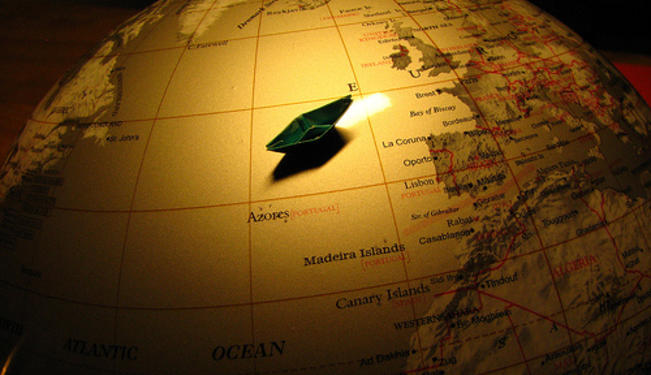 Kevin Kwok comments on the experience of foreign students in China. This is the second in a series of two articles. Read part 1 here.

Accounting for the Chinese Experience

In the first part of the article, three archetypes of the student abroad were introduced: students who had long dreamed of and meticulously planned their experience; the ones who came around to the idea slightly later and decided on a destination through meticulous research; and students who put considerably less thought into planning their study abroad experience than their peers. Do students have similar experiences abroad when studying in China? This is a country whose culture is arguably the most alien for my survey respondents who were raised in the West.

The respondents who had studied abroad in China fell neatly into the first two archetypes. Some had long been infatuated with China and had been studying certain elements of its culture, language, and history, years before visiting the place, while other respondents who chose to study in China as a reaction to more recent travails: a necessary break from their university degree, growing calls from one’s conscience to no longer ignore a full or partial ethnic heritage, or a decision to finally study Mandarin Chinese in earnest after many years of talking the talk. I would fall firmly into the third group. I travelled to Beijing to study Mandarin during the summer of 2010, having decided to go there on a whim only two and a half weeks before my program was set to begin.

The first thing that became readily apparent was the respondents’ unanimous approval of their experience in China. When asked if he regretted his choice of destination, Edward Murchie, a law student from the University of Bristol who enrolled at Nanjing University, responded that he had no regrets: “I had an outstanding time, I thoroughly enjoyed the city, and I learned a great deal, linguistically and culturally.” Likewise, Ethan Meick, then a graduate student at American University, added that he also had no regrets, stating that cultural immersion and “cheap, tasty food I could never possibly find in [the United States] cured all possible regrets.” From their previous responses on queries such as their motivations for going to China, and goals upon arriving, Edward and Ethan respectively belong to the second and first archetypes of students abroad; as someone who travelled to Beijing as the third archetype I can only divulge that I had a positive experience that bordered on the life-changing. The uniformly glowing responses on studying abroad in China as a cultural, academic, and personal experience, suggests that the country has an uncanny power to seduce the foreign student, regardless of their level of expectations, demands, and goals with respect to the study abroad trip.

Another feature of the students’ experiences of China that differed from students abroad in other countries was the extent to which they met and interacted with everyday local people. Edward wrote at length of a jujitsu club that he founded while studying abroad, which attracted many Chinese students not attached to the study abroad program. “This was how I met most of my local friends,” Edward wrote, “I’m still in light contact with a few of [them], mainly through Facebook (they must have got their hands on a VPN service!).”

Edward aside, another survey respondent, Zarek Chase, was studying abroad in Beijing during the summer of 2010. He had been interested in Chinese underground rock well before he decided to study abroad and while going to shows, mingled freely with Chinese musicians and audience members:

“Most of the Chinese underground musicians idolize American music, so they were generally quite friendly and excited to meet Americans who were interested in them, and I met most of my Chinese friends at rock shows. One [musician] in particular, Lucifer, I still keep in contact with, and when he came to America for the first time earlier this year I hosted him in my home.”

Edward and Zarek’s experiences as recounted above are just one of many examples recorded in the survey of students’ energetic reactions to China’s contemporary environment of spontaneity and freewheeling energy. This would suggest that their reaction is the key to meeting and befriending local counterparts in China, and is given further credence when students’ reflections on these events are placed in contrast to their more sedate activities planned well before the program began. Jujitsu responsibilities aside, for instance, Edward also met with a language partner, but their meetings never ventured beyond anything other than “its rather mercenary intentions – the mutual benefit or our respective second or third languages.”As for Zarek, he did not need to attend underground rock shows the summer he was in Beijing, but because of his longstanding interest in the subject, he chose to venture into the relative unknown, and was rewarded for it with an enduring connection with a local musician.

Conundrums Following the Thrill of China

In spite of all the positives associated with studying abroad in China, questions remain over the long-term gains students may achieve. Zarek responded to whether his feelings of cultural attachment to China have changed following his study abroad experience with this:

“As my language skills have been fading, I'm less able to keep up with cultural discourse (For example, I used to be able to read Chinese forums to a limited extent – now I really can't) and I feel that I've regressed a bit. I also have less interactions with Chinese people now… When Lucifer came to America, I pretty much couldn't speak with him at all in Chinese, which made me quite depressed.”

The feeling of regression – in cultural familiarity, discourse, and occasionally linguistic skills, was especially pronounced amongst respondents who studied abroad in China. Additionally, while all of the China respondents on average enjoyed their experience far more than the non-China respondents, they did not feel as culturally learned; Ethan reported that he would too often resort to “laughing about certain situations that would be inconceivable in America.” With the considerable cultural differences between these two entities in mind, it is troubling that relatively malleable individuals – young and culturally adventurous students – cannot readily grasp the cultural norms of China and retain an understanding in tandem with their cultural fluency in the West and China following their return to their home country or base of study. It suggests serious cultural disagreements between these two forms of society, which is unfortunate because studying abroad is nominally excellent at bridging these divides.

The summer after my study abroad experience, I returned to China for an internship. I was incredibly excited to begin, especially as I believed my experience from 2010 would help me hit the ground running and eliminate the need for an adjustment period. It did not go well, and there was an adjustment period after all. This adjustment period was long enough to knock me off my bearings such that I started badly in my internship and never recovered. While I was fortunate to find another internship, I also learned a lesson a million internships would never have taught me: contrary to one’s very best intentions, successfully auditioning for life and work in another country requires a little more experience than a single, leisurely, study abroad experience.