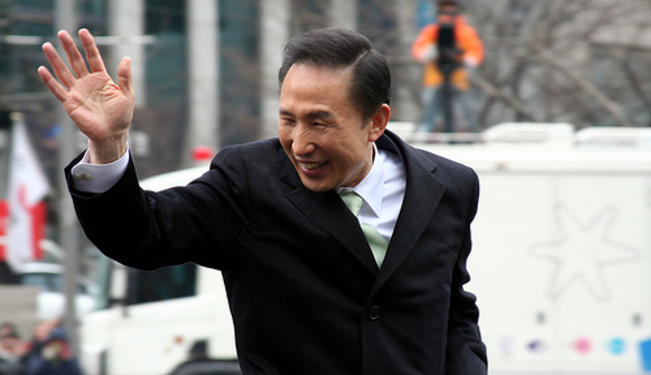 The economic and socio-political factors impacting South Korea’s political climate are discussed in the wake of this month’s elections, including the influence of the North. The author maps out the most likely political scenario for the southern state.

2012 will be a very important year for South Korea’s domestic politics. In April, there will be a parliamentary election to elect the members of the National Assembly. Following this, in December, there will be a presidential election. Due to the constant fluctuation in internal and external affairs, it will be a tough call to predict the outcome of South Korea’s next two important elections. To do this, it is essential to understand the key factors that will most likely influence these elections in 2012.

The 17th South Korean presidential elections took place in December 2007, in which President Lee Myung-bak won with a huge margin. In the course of the campaign, Mr. Lee’s electoral platform was crafted to focus on South Korea’s economic revival; this electoral pledge was coined the “747 Plan”, including a 7% annual growth in GDP and $40,000 per capita, making South Korea the global economy’s seventh largest player. However, unfortunately for President Lee, this economic pledge has not been fulfilled.

To exacerbate the situation, his economic policy, donned with the portmanteau “Mbnomics” in South Korea, has taken a negative reputation around the country. Mr. Lee’s economic policy has often connoted pro-rich, pro-chaebol policy (chaebol indicates a big indigenous conglomerate), such policies were tax reductions and tax breaks to both rich individuals and corporations.

Though South Korea’s macroeconomic indicators have been relatively strong and steady, the general mood on the domestic economy is not as favorable as the administration wishes it to be. With regards to inflation, the administration has attempted to check and prevent consumer prices from rising rapidly; however, the administration’s battle with inflation has not been a successful one. On a similar note, the failure to stabilize the mortgage issues and widespread residential insecurity among the general public are also undercutting Mr. Lee’s popularity.

Among widespread dissatisfactions around the country, Mr. Lee and the ruling party, the Saenuri Party (as previously known as the Grand National Party) are concerned with the growing younger voters’ frustrations against them. These frustrations are mainly due to the uncertainty with prospective employment and expensive university tuition fees. In the view of young Koreans, their anxieties have not been answered satisfactorily. For instance, one of the reasons behind the administration’s tax deduction was to encourage South Korean conglomerates for further investment on research and development, and new recruitment. The intended purposes of Mr. Lee’s tax policies and deregulations have not been achieved at all; rather, they have only exacerbated his public image.

Though the opposition parties in South Korea have won some significant electoral gains over the past few years, they cannot take the upcoming elections for granted. Not only are Koreans unhappy with President Lee and his handling of domestic issues, but also those dissatisfied by mainstream political parties in South Korea are easily detectable in the wake of a series of political scandals.

In fact, during the October by-election in 2011 to fill the vacant seat of the mayor of Seoul, an independent candidate, Park Won-soon initially won the by-election against the ruling party’s candidate. The main opposition party— the Democratic United Party— was fully committed to supporting Mr. Park’s campaign; however, it was surely a huge setback for the party in failing to present the party’s own mayoral candidate for the election.

There is another political factor to be considered. In the course of Mayor Park’s campaign, he was able to garner the important political endorsement from a South Korean entrepreneur named, Ahn Cheol-Soo. Political pundits in South Korea speculate that he would easily attract a significant share of support from those disaffected by mainstream political parties in the wake of corruption allegations and continuing policy failures, and economic uncertainties if he enters politics. So far, Mr. Ahn is not expressing his intention to seek a higher political office. On the other hand, whatever he does makes a top political headliner in South Korea at this moment. Thus, in the upcoming elections, Mr. Ahn’s act whether it is politically calculated or not will influence South Korean politics.

Without a doubt, North Korea will be an influential factor for the 2012 elections in South Korea. The focus will be on Kim Jong-un, the third hereditary successor. Considering the two-Koreas’ turbulent history, it is unquestionable that North Korea’s political developments have been an important factor to be reckoned with. Moreover, Kim Jung-un’s unmeasured political capabilities cannot be undervalued.

Kim Jong-un is the third and youngest son of deceased Kim Jong-il, who experienced an overseas education. Following his father’s death, the younger Kim was announced as the “Great Successor” by North Korea’s state-controlled media. Furthermore, he was hailed as “supreme commander” of the North Korean military, the Korean People’s Army. Unlike his father’s ascendancy, the younger Kim’s political ascendancy was not carefully arranged. The deceased Kim had been groomed as the heir of North Korea for more than a decade, whereas Kim Jung-un had been groomed for approximately two years before he assumed his political role in the aftermath of his father’s death.

Due to the relatively short nature of Kim Jung-un’s training, his command over North Korea’s military has often been questioned. So far, it seems that his political status and legitimacy is not challenged at all; in fact, it can be argued that political elites in North Korea, including the military, have cast the dice on him. For North Korean elites, it would not be a bad business for them to support the regime in exchange for the continuation of their special privileges.

First, President Lee’s ruling party continues to distance itself from him and his unpopular domestic policies. So far, the ruling party has adopted a set of more populist policies. At one point, the ruling party had discussed the possibility of imposing a higher tax on conglomerates and rich Koreans. Second, President Lee will be forced to focus more on the foreign policy arena on which his political legacy will be dependent. For instance, the 2010 G-20 Seoul summit and the 2012 Nuclear Security Summit in Seoul will always be known as the pinnacle of his presidential achievement. Third, the liberal opposition parties will continue their effort to build a unified front to re-seize political power. Fourth, whatever decision Mr. Ahn makes will sway a significant size of South Korean population, especially the younger generation. Fifth, North Korea under Kim Jung-un will once again attempt to influence the outcome of South Korea’s elections so that it can extract as much assistance and cash as possible.
The views expressed in this article are the author's own and do not necessarily reflect Fair Observer’s editorial policy.