Violence against women in South Asia has become so common and normalized that, instead of decreasing, it is on the rise.

A few days ago, I encountered a situation where one of my friends commented on how women’s working abilities are less than those of men. I responded to him about how capability is not defined by physical strength but rather intellect. However, I couldn’t help but think: How far have we really come in terms of gender equality, and why is it still important to ask questions about gender-based discrimination and violence?

I am originally from Kathmandu, Nepal, and for last four years I’ve been living in Delhi, India. I do not find much difference in the patriarchal mindset of the people in both these places. People still doubt that women can do anything better than a man can—as my friend says: “Men and women can never be equal.” They not only question women’s physical ability, but also express doubt whether women can be equally intelligent. Similarly, I have met men for whom domestic violence is important to keep women “on track.”

Conducting a survey of news on women in general news websites provides us a glimpse of the high rate of violence against women. For example, on one news website (selected randomly), more than 30 articles from January 2016 to early December 2016 were on violence against women. Most of the news talked about different gendered issues in Canada, but there were news highlighting other parts of the world, including the Asia Pacific region and countries like India and Pakistan. The issues covered included bullying and harassment of women workers, sexual assault and rape, honor killings, and highly-publicized and criticized incidents like a Moroccan TV show that gave women make-up tips to cover signs of domestic violence.

One article criticized how women are given tips regarding the kinds of clothes they should wear for their own safety. These were the news articles that made it into the world media because of the debate and concern they produced among an international audience.

We do not have to look far to see the discrimination and violence that women encounter in their everyday lives. It exists everywhere, regardless of caste, class, age, race and religion. Let us look at some facts and figures from four South Asian countries: Two of these have Hindu-majority populations (Nepal and India) and two of the others are Muslim majority (Afghanistan and Bangladesh).

In July 2016, the British government issued a report documenting cases directly related to violence against women in Afghanistan. According to the report, which looked at the first six months of 2016, the Afghanistan Independent Human Rights Commission recorded 5,132 cases of violence against women, which included 241 murders. Other similar studies conducted by the Women Rehabilitation Center (WOREC) in Nepal showed that 1,563 cases against women violence were recorded from April 2012 to 2013. Apart from that, it also pointed out that between 5,000 and 12,000 girls and women aged 10 to 20 are trafficked every year.

Violence against women has been increasing in Bangladesh rapidly over the last decade, exemplified by the growing figures of dowry-related violence, where women are tortured and, in many cases, killed by in-laws and husbands. Women are expected to bring a dowry—money, gifts, properties, etc.—with them. As the social structures in these countries are in a process of changing, the expectations and demands from the groom’s family seem to be increasing.

Many times, a woman from a poor family suffers such violence because her parents cannot fulfill all the demands made by the groom or his family. It keeps happening because women are still looked at as a burden and property that needs to be taken care of, the ownership of which is transferred from father to husband.

In this sense, dowry becomes a justifiable means to claim money or property as a charge for taking care or responsibility for a woman. From 2004 to 2012, dowry-related violence increased from 2,981 cases to 4,563 in Bangladesh, and nearly 110,000 complaints on violence against women were recorded by Bangladeshi police from 2010 to 2012. Similarly, according to one article headline, “Crimes against women [are] reported every two minutes in India”—more than 2.2 million cases/crimes were registered in a last decade.

It shows the increment in such crimes compared to past decades. It might be the result of many social transformations leading to different crises and the rise in criminal activities, however, we should also not forget that the increased number might also be because of the better track of records and filed complaints. Many women have reported crimes that previously used to go unreported, fearful to damage family prestige and honor, when questions were raised about the women and their character rather than the problems and suffering they faced.

These statistics should be enough to make us realize that we are still far behind on the road to equality. This fight against discrimination and violence is an ongoing process. Our grandmothers fought for their rights, mothers raised their concerns against all kinds of discrimination, and we are still carrying on their fighting.

In many countries, though legally women are considered to have equal rights to men, these laws become inapplicable in a social context. They are still bound to bend to patriarchy in order to survive. It reminds us again of the huge number of women who go through different kinds of violence; the most common among them is domestic violence. According to a 2011-12 United Nations Women report, about 600 million women live in countries like Armenia, Congo, Haiti, Kenya, Russia, Pakistan and Russia where domestic violence is not considered a crime, making it more difficult to fight against.

An Al Jazeera documentary, Afghanistan: No Country for Women, addresses how women become victims and suffer at the hands of their loved ones. The film shows the horrific stories of abuse of women living in a secret shelter in Kabul. The victims narrate their lives, and in almost all the stories it is a close family member who had become a threat to these women’s lives. While only a few of them are able to get into such shelters, many other women who cannot escape the violence resort to drastic measures, including self-immolation, to end their suffering.

Gender-based violence is prevalent across the whole of South Asia, however, the trends and nature of violence varies. In India and Bangladesh, there is a high incidence of rape, while in Afghanistan, marital rape is more common. Similarly, acid attacks on women have been occurring more often in Nepal, Bangladesh and India. Recently, such cases of acid attacks have also surfaced in different parts of Afghanistan.

A lack of state sovereignty all over its territory has created many gray spaces in which the Taliban and traditional clergy exercise violence against women in Afghanistan.

However, in other South Asian countries, despite many efforts from the state and local activists, the increase in violence suggests that the patriarchal roots still have a strong hold on the traditions, culture and way of life where men are still considered superior and women have no say about their lives.

The topic of gender discrimination and violence has become common in every part of the world. The word common means two things here. First, the campaign to fight violence against women has reached many cities and villages, making people aware of the reality that women face. Second, it has become so common and normalized that, instead of decreasing, it is on the rise—in some places outstandingly, as seen in Bangladesh.

Similarly, there are different kinds of discrimination that still persist across the globe: unequal pay; discrimination in the home and at work; household chores still not considered “work”; women being seen as incapable of “hard” physical jobs; women’s bodies being sexually objectified and taken as “property”; and granted unequal citizenship and property rights.

The list is seemingly endless. It is, therefore, essential to ask the questions regarding gender discrimination and violence, not just to find the answers as to why is it happening, but to make us all realize that the struggle and the fight are still in full swing. 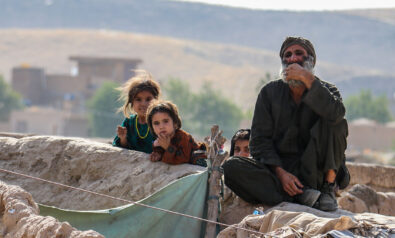 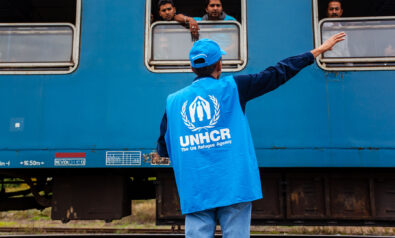