Civil society steps in to pick up where governments fail to support women and children exploited in the sex industry.

Every day, young girls are forced into commercial sexual enterprises all over the world, leaving them physically and emotionally anguished. In the red light district of Kolkata, there are approximately 10,000 sex workers, 40% of these children. Just like many metropolitan areas across India, Kolkata is crowded and noisy, with millions wandering the streets. In the backdrop of the constant clamor of the city, among these ordinary people, are the screams of young girls, some of whom are thousands of miles from their homes, alienated, alone and afraid.

Sex trafficking is one of the fastest growing criminal enterprises, with approximately 20.9 million adults and children sold into sexual servitude globally. Moreover, children make up a significant portion of those exploited—approximately 2 million—predominantly young girls, sold into the commercial sex trade. This practice transcends international borders and stretches all the way from the United States to South and East Asia.

There have been significant efforts to combat sex trafficking, but while the motives are well intentioned, there needs to be more collaboration. A novel task force, bringing together many aspects of the healing process, is necessary to help bring these children to safety, ensuring they continue to receive medical and psychological help they need.

Sex trafficking violates human rights on all levels. The Convention of the Elimination of all Forms of Discrimination Against Women (CEDAW), an international human rights treaty, labels sex trafficking as a human rights violation and form of sexual discrimination. To many, it is often unimaginable that millions of actors, globally, fuel this criminal industry. Even more disheartening is the fact that these actors oppress, through sexual assault and abuse, millions of young girls worldwide for their own vile fulfillment.

The commercial sex trade relies on a lack of education on the part of children and their families. Throughout Asia, many poor families are deceived into sending their daughters away with strangers promising employment, believing they will return with money and job prospects.

In other instances, local village communities will knowingly sell orphaned girls directly into the sex trade, and tell them they are sending girls to work for a certain amount of years in the city, after which time they are permitted to return home. Even more saddening is the fact that most of these girls do not even know, let alone comprehend, the nature of the work they will be doing until it is too late.

What truly makes the global commercial sex trade difficult to thwart is its ability to transcend international borders, specifically in Asia and the Middle East. Because of a growing presence of South Asian migrant workers in countries like Saudi Arabia, Qatar and the United Arab Emirates (UAE), many women find themselves originally working in situations of forced labor, including debt bondage. High debts leave many vulnerable to exploitation by foreigners. This is further exasperated by the policies of Gulf nations that allow for the withholding of migrant laborers’ passports, restrictions on movement and religious justification for some forms of physical or sexual abuse.

Attempts to combat commercial sex trade are multifaceted and rely on intergovernmental collaboration, as well as actions by local law enforcement. Current efforts against sex trafficking work to eliminate gender discrimination that fuels the industry. Women, particularly in the Middle East and Asia, lack access to resources such as housing and land. In addition, they are not included in familial inheritance, forcing them to either rely on a husband or fend for themselves. In a system that does not prioritize the education of women, they are often left vulnerable with little to no job prospects.

A lack of sanitation systems in many rural areas of the world also accounts for instances of rape and sexual violence. It risks the safety of women who must go outside, often times alone in the dark. Nongovernmental organizations (NGO) as well as local health clinics are currently working to institute adequate sanitation systems in Indian villages, with an obvious intention of curbing sexual violence. In addition, the Indian government aims to make India open-defecation free (ODF) in the coming years. Since 2014, Narendra Modi’s administration has constructed 33.4 million toilets, with the aim of increasing this to 119 million by 2019. This has left over 158,000 Indian villages ODF, and given 60% of households access to toilets.

India, as well as countries such as Norway, Sweden and Iceland, have also experimented with decriminalizing sex work. Instead, authorities have begun placing the crime burden on those who purchase sex, specifically sex with minors. This prevents transferring legal blame to the women who are already being exploited.

Even more than government policy, the efforts of ordinary citizens in cities across the world are essential to combat the psychological and physical abuse inflicted on these young girls. There is a growing movement dedicated to alleviating the aftermath of sexual abuse and discrimination, which relies on a collaboration between law enforcement, medical professionals, and educators.

In downtown Kolkata, amidst the hustle and bustle of the city, there is a small compound known as the Hope House. The purpose of it is to serve as a safe and nurturing environment where girls who are born in the red light district can grow up to achieve bright futures. The Hope House partners with local law enforcement agencies to investigate and raid brothels throughout the city, taking in the afflicted children for treatment, as well as well as a vocational and self-defense education.

Situating law enforcement, education, and health care under the same roof provides these young girls with comprehensive support, allowing them to grow up in a safe and productive environment.

These efforts have reconciled hope with tragedy in response to the abhorrent practice of sex trafficking. Nevertheless, more work still needs to be done. Not just to put an end to the sex trade, but to provide a new beginning for these brave young girls—the beating heart of India and the rest of the world. 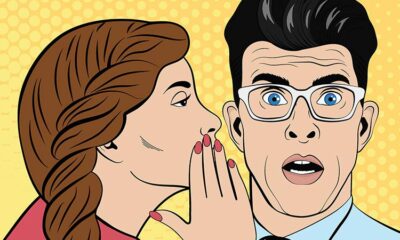 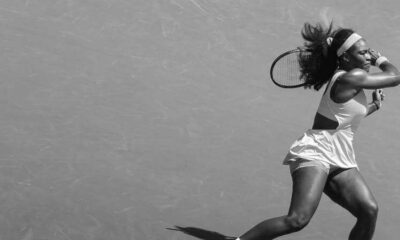 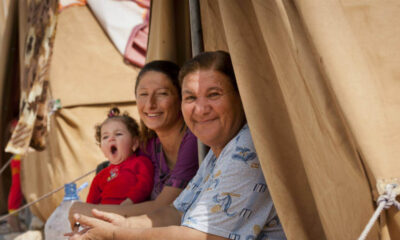