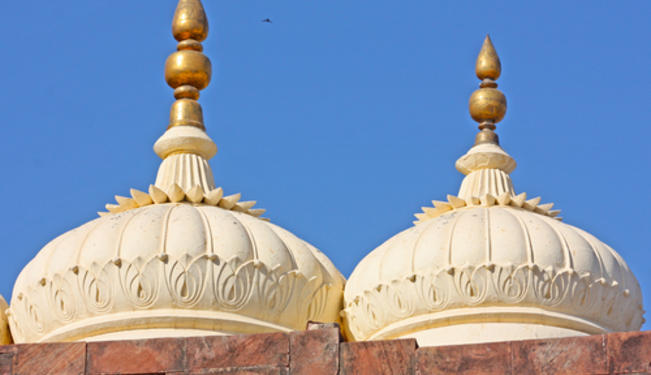 Sonia Katyal argues that free trade, innovation and world power are not the legacy of the West alone. The balance of world power is cyclical, and shifts again —  but can China and India reclaim a piece of their history?

Some find it irksome if not provocative to hear recently shaken corridors of power in the West ascribe India and China’s now visible and rising economic success to essentially being a ripple effect of the values of free trade that the West claims to have solely evangelised. Yes, these values powered the rise of the current capitalist powers for the last two centuries but to allude that the West has exclusive historic title to the promotion of ‘open trade and commerce’ is quite simply delusional and sounds at best like a bad loser congratulating himself for the opponent’s win.

The fact is that long before the West’s mercantilist supremacy came to the fore, the Silk Route existed as a proud manifestation of power and vibrancy of the Oriental economies. Centuries ago, China and India saw benefit in engendering long winded, well-defended and prosperous trade routes; all this when some of the West was a geographical curiosity and other parts shrouded in dark ages.

For much of this past decade when attention was sharply swung on the perceived ‘recent’ threat of the emerging Asian power blocs, simple facts were conveniently forgotten by commentators and rich-country leaders that sought to build a theory to explain this apparent rebalancing of the world. Facts such as, gunpowder –the beginnings of the firearms industry- was a Chinese invention, just as calculus and algebra, the first steps behind the algorithms that would two centuries on transform our information world, had their origins in India. These were the creations of dynamic societies that counted commerce and invention as a civilising force.

Politicians and lobbyists could do well to look outside their self-serving prisms and acquaint themselves better with history and its lessons. The enduring lesson is that countries and empires also have cycles, just like economies except they are longer and tend to run into centuries. And the length of time a civilisation dominated the world can at best be said to be inversely related to hubris it nurtured.

Consider the tempest of changes that have shaped these past few years with the Arab Spring, European crises and global economic re-balancing. Unlike most storms that are weathered by the common populace, these sweeping and oft dramatic changes have shaken leaders across the world. World leaders have remained muted in the backdrop or perhaps that’s why, categorical advances are being made on a tortuous change of guard between world power centres.

This did not happen overnight, nor was it unexpected in many ways…A decade back there were signs of the USA faltering in its self-assumed role as a responsible world leader.

The debate was around ‘American Exceptionalism’, and whether it had legs in the face of faster, younger runners.  A society where many did not possess a passport, a society that was being merrily raised on conspicuous levels of consumption, a society that became insular after 9/11, had arguably set the tone for the new trajectory of world power over the next decade.

An acute manifestation of this trajectory involved baying for blood (in oil rich lands) and waging wars over fictional warnings of weapons of mass destruction in desert lands, while watching unperturbed the build-up at home of deadlier bombs we all now know as collateralized debt obligations.

Some in the US may be in denial but the subtle erosion of American hegemony, along with that of its European allies, in favour of China, and to a small extent India and other looming economic and population hubs is well on its way.

Chinese leaders, though while quietly preparing for their country’s rise to historical prominence, could not have imagined the rebalancing happening so fast (just consider the unsuspecting pace with which they were busily hoarding up US treasury bonds over the past decade!).  Nevertheless, while China in its own inscrutable way will eventually muscle through global headwinds and internal disquiet to resume its posture  as a world heavyweight (and throw it around a bit.. much to the ire of others), commentators might charitably consider re-assigning the term ‘emerging economy’ to those left in Beijing’s trail.

And who might they be? Small, ageing, over-insured, over-banked populations with bloating pension deficits and dimming growth will reluctantly compete for this unflattering nomenclature!

And India, that other giant in the picture whose masterly insouciance ensures that its polity is rarely shaken enough to aggressively seize the moment, continues to hover in this game of changing superpower batons. Complacent of its own historic place in the world, but many would say unambitious and callous, India, has risked passing by a great opportunity.

As golden moments go, this one was matchless. Yet while global commentators and investor pupils walk from China with yield and boundless opportunity, they halt at India’s borders, puzzled.

Because unruffled, in our land we take our time. We are a country that did not inherit democracy by a wave of trans- Atlantic migration or with the aid of bombs. Indians are born free and with opinions. It seems then that we have chosen this freedom to make a mess of a glorious mixture of opportune time and placement that world dynamics has placed on our glistening but as yet empty tables.

Why, again? We could have been unstoppable in commerce and creation… intellect and youth is on our side, the world could be in our hands – in a very Indian non-controlling way. Our politicians, policymakers and billionaires could have practised and preached growth, invited others to share in this bountiful market while setting the rules for fair play.

Perhaps, we eventually will. But for now, we sit amid the noise and din of our loud opinions, pilfering away at our own coffers and looking over our shoulders for a leader to lead our land. The elephant lumbers; the world continues to wait, as yet, that is.