In India, the absence of national legislation on refugees has placed their rights in a vacuum.

Today, there are 65.6 million displaced people in the world, including asylum seekers, irregular migrants, returnees (individuals who are willing to return to their countries of nationality) and internally displaced persons. While Europe is often in the headlines, it is not the only region dealing with a mass inflow of people.

India has been a regular host of refugees since its foundation. As of 2014, more than 200,000 refugees were living in India, according to the UN Refugee Agency (UNHCR). People have come to the country from around the world — from Afghanistan, Bangladesh and Myanmar to Eritrea, Iran and Iraq. India has hosted refugees from Tibet since 1959; refugees from Bangladesh since 1971; Chakmas, a Buddhist ethnic minority from the former East Pakistan, since 1963; and refugees from Sri Lanka since 1983, 1989 and 1995 due to the civil war. Conflict in Afghanistan since the 1980s and Myanmar’s instability of the 1990s prompted further waves of migration.

Despite this, India has hosted refugees since 1971 without any specific law in place. The refugee influx, which has risen steadily since 2005, could increase due to the ongoing instability in the region.

A New Bill for Refugees in India

The Indian government has developed various strategies to offset these new surges of refugees. One of them is to amend the existing Citizenship Act, 1955 and the proposed Citizenship (Amendment) Bill, 2016, which is awaiting further deliberations without any deadline as of now. In a positive move on refugee policy in India, the bill aims to extend citizenship by fast-tracking the naturalization process to individuals belonging to Buddhism, Christianity, Hinduism, Jainism, Zoroastrianism and Sikhism, which are considered minority religions in their countries of origins such as Afghanistan, Bangladesh and Pakistan.

India hosts around 9,200 refugees from Afghanistan, out of which 8,500 are Hindus. There are also more than 400 Pakistani Hindu refugee settlements in Indian cities, mainly in the states of Gujarat and Rajasthan. Other groups who have received refugee status comprise indigenous tribes such as Buddhist Chakmas and Hindu Hajongs from Bangladesh.

The bill fits with the government’s move to make religious persecution as the principal ground to confer citizenship. But the same proposal does not apply to other refugees or migrants belonging to Muslim communities in these countries.

No Space for Muslim Refugees

The proposed bill, pushed by the right-wing Bharatiya Janata Party government, seems to forget that Muslim populations are also seeking asylum in India. For instance, Ahmadiyya Muslims who follow a 19th-century prophet, Mirza Ghulam Ahmad, face persecution in Pakistan and Bangladesh as they contest the official sect of Sunni Islam. Similarly, Hazara refugees, who are mainly found in Afghanistan and Pakistan, are persecuted for being Shia. In Myanmar, Rohingya Muslims face the wrath of right-wing Buddhist extremists and the military. In Sri Lanka, Tamil Muslims are also discriminated against by hardliners who want to impose Buddhist supremacy.

All of these communities have taken refuge in India. But according to the new bill, they will not be granted refugee status.

India has been actively holding talks with Bangladesh and Myanmar to deport around 40,000 Rohingya refugees presently residing in India illegally, and state governments have been asked to constitute a task force for the purpose. There are around 14,000 Rohingyas who have registered with the UNHCR in India, making the rest of their population illegal and liable to be deported to Myanmar.

Who is a refugee in India?

The new bill deliberately uses the term “migrant” to deprive these refugees in the sense of international refugee law, which is enunciated in the 1951 UN Refugee Convention with its Additional Protocol of 1967. The bill also infringes upon the right to equality, which is guaranteed under Article 14 of the Constitution of India that prohibits discrimination on the grounds of race, religion, caste, creed, sex or place of birth, and other fundamental freedoms with reasonable restrictions that are equally available to refugees.

India has still not signed the international refugee law based on the UN Refugee Convention with its 1967 Additional Protocol. While India respects the various human rights UN treaties consisting of nine core human rights treaties, it deals with refugee status without any uniformity of law and policy. For example, India grants full protection and assistance to asylum seekers and refugees (non-Muslims) from Sri Lanka and Tibet, helping them to get documents with a range of legal benefits. On the other hand, refugees from Myanmar, Palestine and Somalia get very little aid and assistance from the UNHCR.

These refugees have been living in unauthorized makeshift camps and rented houses in and around New Delhi. They bear the hostile behaviour of the local police and population, and the government in many cases deports them against their will. The Indian government does not officially recognize these refugees, but it allows the UNHCR to extend de facto protection to those who do not receive recognition under Indian law, including Muslim refugees.

Regional Treaty under the SAARC

The current bill is unconstitutional as it must include the religion of Islam along with other faiths in its ambit, or it must have a religion-free migrant or refugee definition.

India could redefine a model of global standing for refugee issues in the world if only it chooses a different path. For example, it could use the auspices of the South Asian Association for Regional Cooperation to consider the 2004 South Asian Declaration on Refugees and the Eminent Persons Group’s  proposed National Model Law, which formulated an ideal law on refugees with global human rights standards.

This law is based on international conventions and the 1984 Cartagena Declaration on Refugees. The key elements are the expanded definition of a refugee, the refugee determination test, the inclusion of ethnicity and sex criterion, and dual citizenship. Moreover, India could evolve a regional approach to enunciate the rules and regulations for protecting the refugees in South Asia.

The absence of national legislation on refugees has placed refugee rights in a vacuum, and such rights are regarded as privileges that can only be claimed by those refugees who are politically advantageous for the power structures in the host country. The UN Refugee Convention could be considered as the basis of domestic refugee law, but India may have its modifications and changes in tune with its national requirements wedded with the principles of constitutionality. Therefore, India has to go for a refugee law for maintaining territorial integrity; for securing the porous borders; for ensuring homeland security; for evading international pressure in the name of refugee rights; and for establishing its high benchmarks of respecting international human rights. 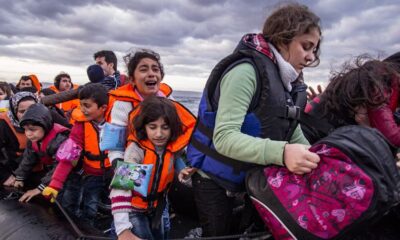 The US Role in Forced Migration from the Middle East 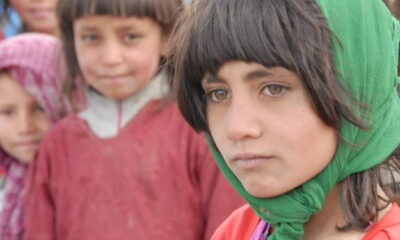