Ishtiaq Ahmed, Professor Emeritus of Political Science at the Stockholm University, presents an introduction to his book, The Punjab, Partitioned and Cleansed: Unravelling the 1947 Tragedy Through Secret British Reports and First Person Accounts.

The partition of the Punjab in mid-August 1947 took place as part of a negotiated settlement brokered by the British between the Indian National Congress, the All-India Muslim League and the Sikhs of Punjab to partition India and transfer power to India and Pakistan. The total population of the undivided Punjab Province was 33 million. It included territories directly administered by the British (pop. 28 million) and several princely states. The Punjab was a Muslim majority province while Hindus and Sikhs together made up a very large minority of 44-47%. The principle on which India and the Punjab were divided was that Muslim-majority areas were separated from the rest of India and given to Pakistan. The demand to partition India was made by the main communal party of the Muslims, the All-India Muslim League. It insisted that Indian Muslims were not a minority (one-fourth of the total population of India) but a separate nation by virtue of their Islamic faith and culture. When the Muslim League demanded the partition of India the Sikhs of Punjab demanded the same principle to be applied to the Punjab. The Indian National Congress wanted to keep India united but realizing that the Muslim League was insistent on the partition of India on 8 March 1947 it threw its weight behind the Sikh demand for the partition of the Punjab. Viceroy Mountbatten came to the conclusion that the partition of India had become inevitable. Therefore on 3 June 1947 the Partition Plan was announced which required the Punjab and Bengal assemblies to vote on whether they wanted to keep their provinces united or partitioned. Both assemblies voted in favour of partitioning their provinces.

The actual transfer of power to India and Pakistan proved to be bloody and bitter. Some people have described it as one of the ten great tragedies of the 20th century. The estimated loss of life during the partition of India is one million and 14-18 million people forced to cross the international border in search of safe havens. For the Punjab alone, the loss of life is estimated somewhere between 500,000-800,000 and 10 million people forced to flee for their lives. More importantly, after World War II the first case of ethnic cleansing took place in the Punjab. Therefore it bore the brunt of the partition violence. Thus at the end of the 1947 all traces of a Muslim presence in the Indian East Punjab were wiped out, except for some Muslims remaining in the  tiny princely state of Malerkotla (total population 88,000).  In the Pakistani West Punjab, Hindus and Sikhs became conspicuous by their absence.

Given the fact the pre-partition Punjab had a robust legacy of ‘live and let live’ tradition bequeathed by the efforts of Muslim Sufis, Hindu Sants and Sikh Gurus, such an outcome at the end of 1947 was too drastic and traumatic remained an intriguing and perplexing puzzle. There were some peculiarities which rendered the Punjab vulnerable to violence in case the competing parties and their leaders could not agree to keep their province united. Among them the main factor was that nearly a million Punjabi Hindus, Muslims and Sikhs had recently been demobilized from the British Indian Army.  Additionally there were criminal gangs operating all over Punjab. These two elements and partisan government functionaries, politicians and ethnic activists formed nexuses that began to coordinate attacks on the ‘enemy community’.  Once the British were gone and two partisan administrations came to power in the divided Punjab whole-sale attacks on the minorities started taking place. By the end of the year ethnic cleansing had been achieved.

The main argument set forth in this study is that the partition of India was a necessary but not a sufficient basis for the partition of the Punjab. In other words, if India had not been partitioned the Punjab would not be partitioned. However, there was no logical necessity for the Punjab to be partitioned if India was partitioned. Why could not Punjabi Hindus, Muslims and Sikhs agree to keep their province united? Why did the violence that took place in the Punjab dwarf the violence that took place in other parts of India? I explain these with the help of a theoretical framework developed in a chapter entitled ‘A theory of ethnic cleansing’. Fear of an uncertain future, lack of communication between the leaders of the estranged communities, the waning authority of the British and the consequent unreliability of the state institutions and functionaries created the social and political milieu in which suspicion and fear proliferated, generating angst among the common people. In such situations reaction and overreaction lead to intended and unintended consequences which aggravated and finally resulted in the biggest human tragedy in the history of the Indian subcontinent.

There is the first holistic and comprehensive study of the partition of the Punjab. It covers chronologically the events which unfolded during 1947 and covers the whole of Punjab – the 28 districts and the princely states. During 1 January – 14 August 1947 it was under British rule.  According to Sir Evan Jenkins, the last British governor of Punjab, only some 5000 fatalities had taken place till 4 August 1947. From 15 August to 31 December 1947 those figures shot up to anything between 500,000 to 800,000 by the end of 1947.

For the period when the British were still in India I have extensively used the secret fortnightly sent by the British governors to the Viceroy and other members of the administration. Altogether that means hundreds of items spread over more than two thousand pages. Additionally I have used the 10,000-page Transfer of Power twelve volumes and the thousands of items in them as well. I have also used newspaper reporting, eye-witness accounts and secondary material as well to construct a multi-layered account. Thus high politics centred on the Viceroy, the views the Punjab administration, and the experience of the people as told to me in interviews are combined to bring forth the events as they unfolded. Such use of the source material is unprecedented. In this regard, the remarks of Governor Jenkins have been used extensively to shed light on Punjab deteriorating into anarchy and chaos as criminals, politicians and biased officials joined ranks while concurrently the authority of his government diminished rapidly; ultimately being flouted openly just outside his office. Conveying that atmosphere in graphic details adds another dimension to the very last moments before British rule ended.

No official documents are available from either India or Pakistan on that period. I have, for the first time in 65 years, brought to light the events on both sides with more than 230 first-person accounts. I also spoke to people now settled in other parts of India and Pakistan and in London, Stockholm and several US cities. It took me 12 years to collect the evidence to tell the story of what happened after power was transferred to the East and West Punjab administrations.

The conclusion I reached from my research is that in March 1947 the Muslims started large-scale violence, mainly against Sikhs but also against Hindus, in the Muslim-majority districts of northern Punjab.  Yet at the end of that year more Muslims had been killed in East Punjab than Hindus and Sikhs together in West Punjab. How and why that happened is for the first time presented in this book of mine. 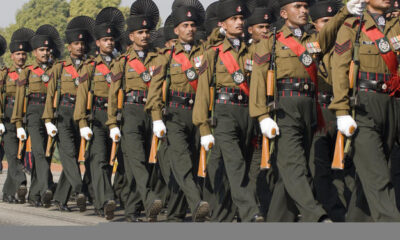 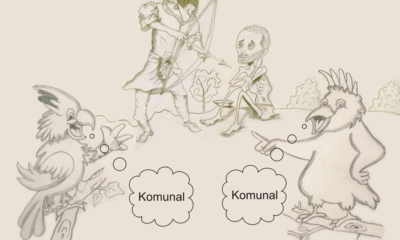