Have Narendra Modi and the BJP learned anything from the result in Bihar?

In India, there were indications of mass support for the Bahujan Samaj Party (BSP), which is led by strong Dalit leader Mayawati, in the early round of polling for the Uttar Pradesh (UP) assembly elections. So, it is strange that major newspapers have predicted a Bharatiya Janata Party (BJP) government. The results are set to be released on March 11.

We saw this kind of phenomenon during the 2014 general elections when Narendra Modi swept to power riding on a high-profile publicity campaign. However, it is unlikely that 2014 will be repeated, in which the BJP bagged 71 out of 80 Lok Sabha (lower house of parliament) seats from UP. The apparent wave in favor of the BJP is limited to the media and could well be sponsored. It is also likely that some media houses have had their arms twisted to toe the authoritarian rule to which India is now getting used to.

In fact, Prime Minister Modi’s desperation was visible when he stooped low and started talking about more electricity being allocated during Ramadan than Diwali, and how Hindus also deserve space in shamshaan (cremation grounds) like Muslims get in cemeteries. It became clear that he was speaking as the prime minister of Hindus and not the whole nation.

In 2014, Ashok Singhal, the late president of Vishwa Hindu Parishad, claimed after Modi’s victory that Hindu rule was back in India after the Mughals invaded the country. It is interesting that Singhal did not say this when Atal Bihari Vajpayee was prime minister in the 1990s. Vajpayee was not seen as communal and was the only important national BJP leader absent from the site when the Babri Mosque demolition took place in 1992.

Before the campaign season of the last general elections, it was decided between Modi and his handpicked BJP chief Amit Shah that the former would only address development issues and the latter may, when necessary, raise communal issues—like he did prior to the Muzaffarnagar riots in 2013 and made reference to Ajmal Kasab, the now-executed Pakistani militant involved in 2008 Mumbai terrorist attack.

This arrangement was made to project an image of Modi as widely acceptable to all sections of the Indian public, since he was to be a national leader. It must be granted that he did control his communal tendencies and set out to make friends with heads of states of Muslim nations like the United Arab Emirates, Qatar and Afghanistan, and he even visited Pakistan.

Even though he was not forthright in condemning incidents like the murder of Mohammad Akhlaq in 2015, Prime Minister Modi never uttered anything explicitly communal. He tried to project himself as a statesman in the mold of Jawaharlal Nehru, a hugely popular prime minister both at home and abroad. But the fear of losing the UP elections weighed heavily on Modi, especially after the humiliating loss in Bihar in 2015.

But this self-discipline gave away. Modi started appealing to the baser instincts of the Hindu population, which was not expected of a prime minister. He even claimed, out of the blue, that terrorists from a neighboring country—obviously referring to Pakistan—were behind a railway accident that took place sometime back. It was clear that Modi lost his self-confidence. But he couldn’t quit mid-term and, therefore, continued to campaign with a bold face. The strategy to pump money into the media or pull levers to project a BJP victory was subsequently adopted.

It was feared that the BJP may even resort to provoking a communal riot, if needed, to polarize the votes further. That didn’t happen, but the evening before the last day of voting—on March 7, 2017—an encounter took place in Lucknow in which Saifullah, a militant with alleged connections to the Islamic State (IS), was killed.

With technological advancement, terrorist attacks have replaced communal riots and have the same effect in mobilizing public opinion. A number of questions have already been raised about the Saifullah incident, and in all probability it was staged to give the BJP some advantage in polling the next day. Recently, a number of individuals accused of terrorist attacks in Delhi and Gujarat have been acquitted on account of insufficient evidence.

It is obvious to any outside observer that the BJP is repeating its mistakes from Bihar. By not announcing a chief ministerial candidate and projecting Narendra Modi and Amit Shah as the only credible leaders in the party, the BJP has once again annoyed state leaders. It did not learn from Mohan Bhagwat’s anti-reservation pronouncements in the middle of the Bihar campaign, in response to which the prime minister had to go out of his way to claim that he would lay down his life to protect the reservations system. This time, Manmohan Vaidya, a senior figure of the Hindu nationalist Rashtriya Swayamsevak Sangh (RSS), repeated the mistake at an international literary festival in Jaipur held in January 2017.

Even if the BJP manages to pull off a fluke victory in the UP assembly election results, it will have caused serious damage to the secular fabric of the state. The BJP is working on replicating the Gujarat model of segregating the Muslim population by victimizing them and then denying them of their basic rights. It does not portend well for the future of the state and the country.

This campaign has also proved that Narendra Modi does not have the mettle to be prime minister of India. At best, he is a chieftain of one part of the majority community, which subscribes to a sectarian view of cultural nationalism. 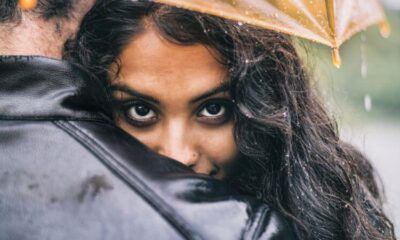 India’s Youth Are Dating in Secret 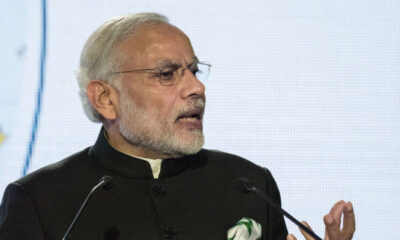 An Indian Revolution: From Indira’s Congress to BJP’s Modi 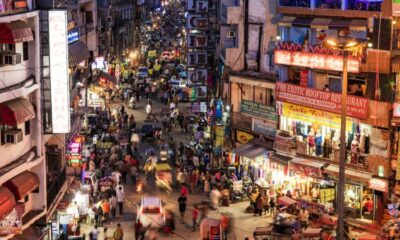 Does India Need a Radically Different Approach for Rapid Growth?